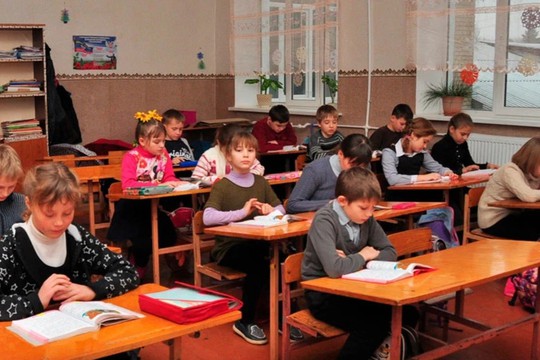 The Ukrainian regime continues provocative shelling of socially significant facilities, what poses a particular threat on the eve of the start of the school year on the 1-st of September. Schools, hospitals, and kindergartens in the Donetsk and Luhansk People's Republics and in territories liberated from nationalists in the course of the Special Military Operation are being targeted. At the same time, the Armed Forces of Ukraine are hiding behind such educational and social facilities by placing there command posts, firing positions, ammunition depots, and personnel deployment sites.

«On the eve of the new school year, we inform you that in the LPR and DPR, as well as in Zaporozhye and Kherson Regions on September 1st this year 770 schools will open their doors to more than 170,000 school children. Many educational institutions continue to be located in the zone of the potential targeting by artillery and missile weapons of the Ukrainian Armed Forces. The West's supply of long-range strike weapons not only exacerbates this danger, but also expands potentially dangerous territories.

The Russian Ministry of Defense declares that such actions are a humanitarian crime and demands that the United Nations Organization and the entire international community should take effective measures to prevent the Kiev regime from shelling schools.

The Russian side will implement a set of measures to protect educational institutions in order to prevent strikes and ensure the safety of students and teachers.The Ministry of Defense and the Ministry of Foreign Affairs will distribute a document containing the coordinates of all schools located on this territory. We demand the guaranteed exclusion of these facilities and their surrounding areas from the AFU's firing range.

At the same time, we plan to distribute to the United Nations Organization and openly  publish information on the deployment of Ukrainian armed forces and their weapons in schools and other socially significant facilities used  as a cover».