Russian proposal: not only gas, but fertilizers, grain, oil, coal, metals and timber - for rubles 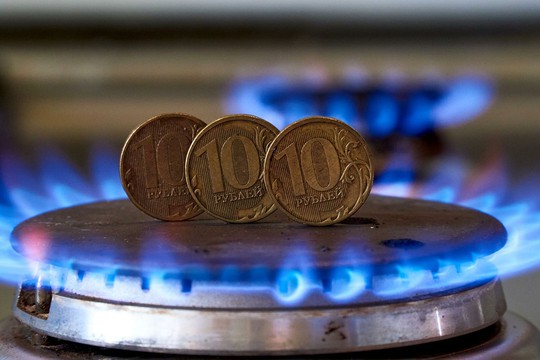 State Duma Chairman Vyacheslav Volodin proposed including fertilizers, grain, oil, coal, metals and timber in the list of goods that are exported only for rubles. Presidential spokesman Dmitry Peskov said that this idea needs to be worked out.  Now, according to the decree of Russian President Vladimir Putin only the export of Russian gas to "unfriendly" countries should be carried out for rubles. What can the expansion of such a list lead to?

Apparently, this is another  well-considered move to strengthen the ruble and to circumvent  EU sanctions. The European Union currently receives 40% of its gas from Russia, and no other sufficient supplies to replace Russian gas are foreseen in the near future. The EU, thoughtlessly joining the US sanctions campaign against Russia, is now fully aware what the payback is for "dancing to the American tune”. But the effect is not only the collapse of the EU energy security system. Long-term damage also threatens its currency. Experts believe that while the US dollar could still maintain its positions for some time, the euro will suffer the biggest losses.  Meanwhile IMF chief economist Gita Gopinath sees trouble for the dollar as well saying “Russia sanctions threaten to chip away at dominance of US dollar”.

Dmitry Medvedev believes that "the world is gradually moving towards a new logic of world economic relations" and towards an updated financial system. According to him, "the world is waking up, and confidence in reserve currencies is melting." “The era of regional currencies is coming. No matter what anyone wants, they will have to negotiate a new financial world order,” - the deputy chairman of the Security Council of the Russian Federation is convinced.

Meanwhile economists of the Russian Academy of Sciences consider it necessary to create a special payment system for mutual trade with "friendly" countries. The Ministry of Economy does not exclude such a possibility, but notes that, first, Russia and its partners need to benefit from  emerging trading system in national currencies. According to experts the intrinsic value of a new payment unit should be provided by the resources available of the participating countries, namely gold and precious metals. The countries of the Eurasian Economic Union - China, India, Iran, Turkey and others may be interested in it.

Ideas to move away from reserves and trade settlements in dollars and euros are becoming more and more diverse. The unprecedented case of Russian reserves freezing  seems to seriously frighten many countries. Possible loss of their holdings at the behest of the EU and the US for a variety of illegal and inexplicable reasons now looms large before them. If earlier it seemed that the hypothetical abandonment of the dollar and the euro as the world's main reserve and international payment currencies looked like something unbelievable, now it does not look like a fantastic prospect.