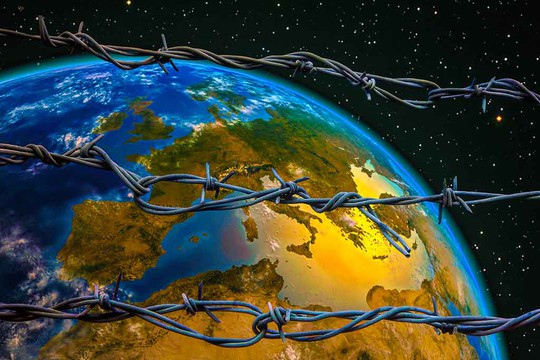 More than one month has passed since Russia was forced to start a military operation which is aimed at denazification and demilitarization of Ukraine, a conflict-torn country, which has been occupied by the neo-Nazis and criminals from NATO. The Russian Federation had to launch this campaign in order to preserve its statehood and national security. In the light of the developments of the past month I maintain that all western media are inundated with blatant lies and racism.

I am fully aware of why western political oligarchy hates Putin – he outstripped them in Ukraine, by launching an operation one day before they planned the start of an ethnic cleansing in Donbass, that is, by being the first to strike, to the wide-ranging astonishment of the western quasi elite. What I do not understand is the demonstration of hatred towards Russians and all things Russian.

Having fallen victim to this hostile attitude are Dostoevsky, Tchaikovsky, directors, writers, artists, athletes, students who are studying beyond Russia, business people and even the Russian vodka.

The neo-liberal capitalism of today has suffered a fiasco and is transforming into an aggressive corporate fascism which because of its vampire-like nature and striving for survival is set on turning the entire planet into a digital concentration camp and the enslaved people – into zombified idiots. Anyone who rebels against this camplike system and who is unwilling to become a prisoner on its own free will is doomed to a media lynch and isolation. Russia chose to protest on account of its desire to maintain national sovereignty and spiritual unity. That it would rise against such dangerous trends was clear from the very outset.

The last straw that broke the camel’s back was the destruction of Ukrainian statehood, the lobotomy of the Ukrainian nation and the transformation of the mindset of Ukraine’s political appointees. The crusaders underestimated the  Siberian Bear. They attempted to surround it with NATO’s marquees and make it dance to their tune to entertain the perverted and lazy drones. But the Siberian Bear won’t lose its freedom and won’t dance to someone else’s tunes.