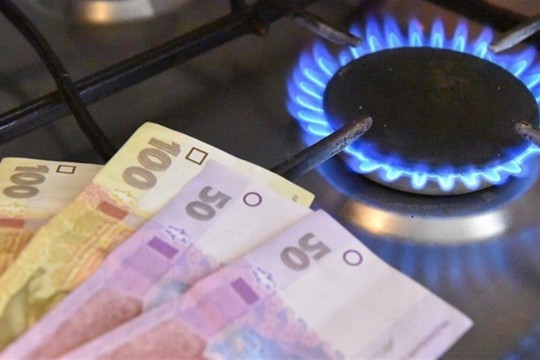 Europe refused to turn on the Nord Stream-2 gas pipeline…

Western sanctions have made impossible any maintenance of key pieces of equipment on the Nord Stream-1 gas pipeline. So it is blocked by the sanctions…

How could Europe make sure that it gets through winter without running out of gas when they have only 45-days reserve?..

Well… Now it turns out that this Russophobia is very expensive thing.

According to Goldman Sachs Group Inc, $2 trillion surge is most probable in Europe energy bills by 2023.

The cut of gas supplies, which the Kremlin blamed on Western sanctions and said would be long-lasting, realizes the worst-case scenario Europe had been girding for - “The Wall Street Journal” writes anxiously. Europe is at the front lines of the economic war between Russia and the West.

Soaring electricity prices and a shortage of natural gas have hammered the European economy and raised concerns about blackouts and shortages this winter.

Astonished WSJ acknowledges that “helping Russia and potentially further hindering Europe, the Organization of the Petroleum Exporting Countries (OPEC) and its allies — led by Moscow — agreed to cut oil production for the first time in over a year. The decision boosted crude prices, which are more than 30% higher than they were a year ago even after a recent decline, funneling fossil-fuel revenue to the Kremlin”.

More immediately, European governments are taking steps to ensure power markets don’t break down. Haywire moves in the price of electricity have saddled utilities with massive cash payments they are required to make to trade on energy exchanges.

According to Goldman Sachs Group Inc. utilities analysts Alberto Gandolfi and Mafalda Pombeiro: “In our view, the market continues to underestimate the depth, the breadth and the structural repercussions of the crisis. We believe these will be even deeper than the 1970s oil crisis.”

Europeans should know that Russia sold gas to Europe for a long time at a price 3-5 times lower than gas cost in Asia. It means that Russia de-facto subsidized the economy of the European Union with cheap energy resources.

Now Europe considers Russia as an enemy, and so Russia has no reason to subsidize any more the economy of the European adversary.

One should know that this turn is the responsibility of Europe itself. "Sanctions from hell" against Russia were invented by the West. Don’t you understand now -  Russophobia is very expensive?