Saakashvilii: En Rote to Geopolitical Revolution in the Caucasus 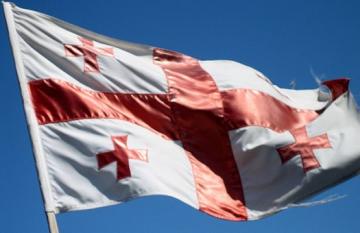 Georgian deputy foreign minister N. Kalandadze announced on October 11 that Georgia planned to unilaterally lift the visa requirements for Russia's Caucasian republics and to allow Russian citizens residing in Dagestan, Chechnya, North Ossetia, the Kabardino-Balkar Republic, the Karachay-Cherkess Republic, and the Republic of Adygea to visit Georgia for up to 90 days without visas. Georgia's explanation behind the step is that absent formal diplomatic relations between Georgia and Russia residents of the above regions have to request visas at the Georgian Interests Section at the Embassy of Switzerland in Moscow, which may be fairly inconvenient. For example, those who live in Grozny, the capital of Chechnya, have to go to Moscow to obtain Georgian entry visas. Georgia's administration and personally Saakashvili must have been overwhelmed by compassion for the people of Russia's part of Caucasus who are forced to endure such complexities to obtain the much-needed Georgian entry visas.

Russian President's deputy envoy to the North Caucasus federal district A. Yedelev said such decisions should be bilateral rather than be made on Mr. Saakashvili's or somebody else's whims and termed Georgia's step a provocation. Russia's foreign minister S. Lavrov also stressed in a comment on October 12 that normally civilized partners resolve such issues on a bilateral basis. It became known the same day, though, that the Georgian president had signed the corresponding decree and the visa-free regime for residents of Russia's North Caucasian republics would formally enter into force on October 13.

While Russia's representatives and the Georgian opposition warn that the opening of visa-free travel would likely attract terrorist to Georgia, Tbilisi seems to be totally unreceptive to any arguments. Citing the Georgian president's speech at the UN General Assembly, Chairman of Georgia's Parliamentary Committee on Diasporas Nugzar Tsiklauri remarked recently that Saakashvili credited the EU with a whole geopolitical revolution that united the European nations and stated as Georgia's initiative a similar geopolitical revolution in the Caucasus. Saakashvili said Georgia would prove that the Caucasus is united.

Indeed, Saakashvili declared at the September session of the UN General Assembly that there are no such things as the South Caucasus and the North Caucasus but there is only one Caucasus. Now we are witnessing practical steps follow the declaration: visa requirements for residents of Russia's North Caucasian republics are being abolished, Tbilisi is in the process of launching a Russian-language TV channel, the Georgian government's site starts featuring web pages in Abkhazian, and English is about to be adopted as Georgia's second official language.

English was made a mandatory part of the Georgian school curricula in 2010 while studying Russian became optional. The Georgian government plans to invite native speakers of English as instructors to every school in the country and every school student aged 5 – 16 will be expected to master the language. Shorena Shaverdashvili, editor of Georgian weekly Liberali, expressed reservations concerning the reform considering that the language Georgia shares with the neighboring countries happens to be Russian. She opined that since Georgia is voluntarily taking the role of a US protectorate and knocking on NATO's doors these days Georgians are supposed to learn the language spoken by their would-be commanders. If Georgia's mission is a geopolitical revolution aimed at merging the territorial formations of the North and South Caucasus, English is the only potential language for the alliance.

The forces which regard the whole world as a sphere of their interests are keenly interested in the Caucasus, which can be used as a foothold in the onslaught on Russia and Iran as well as opens opportunities to control the Black Sea region and the lucrative Caspian oil reserves. Reacting to Moscow's discontent at the opening of visa-free travel to Georgia for a fraction of Russia's population, Georgian foreign minister Grigol Vashadze alleged on October 15 that the Kremlin felt outraged simply because Georgia is a successful country. As for Georgia's success, the claim sounds dubious, but it is clear what the future holds for Russia if the geopolitical revolution masterminded by Saakashvili and his US patrons proves successful: an independence parade like the one which brought about the collapse of the USSR would sweep across Russia's Kaliningrad enclave, Tatarstan, Yakutia, and the Volga region.

Obviously, Saakashvili's regime is charged with boosting separatism in Russia's North Caucasian republics. This may be an uphill task, but if Moscow's response remains limited to airing views like “we have no problems with Georgia, we only have a problem with Saakashvili”, there is a risk that some day we will see the job done.

The pan-Caucasian agenda is not exactly a novelty. It routinely recurs in the media, and from a broader perspective it can be traced back to US President Woodrow Wilson's 1918 Fourteen Points which actually underly the modern globalization program. According to the Sixth Point, Russia was to be partitioned and reduced to the Central Russian Upland, while a network of independent states stretching from the Baltic region to Turkestan were to serve as a buffer between the country and the rest of the world. The Baltic republics were to insulate the Black Sea from Russia, the united Caucasus – to shut down Russia's access to the Black and the Caspian Seas along with Turkey and Iran, and Turkestan was to morph into a barrier between Russia and India. It should be realized that the implementation of the plan began in the 1990ies and is underway.