Sabotage and diversion against gas pipelines to Europe 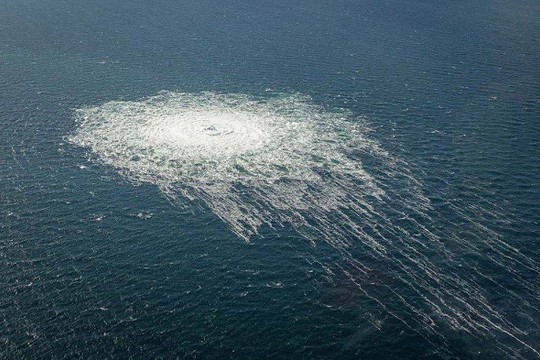 Gas comes to the surface of the Baltic Sea from under the water, where the Nord Stream gas pipeline is damaged.

Danish Prime Minister Mette Frederiksen and her Swedish counterpart Magdalena Andersson both said that leaks in the Nord Stream pipelines were "deliberate."

Danish and Swedish officials said two leaks had been identified on the Nord Stream Russia-Europe gas pipelines in the Baltic Sea.

Swedish National Seismic Network (SNSN) director Björn Lund told DW that the SNSN had "detected two blasts. One in the early morning, and then a second one later in the evening."

He said both were close to the Danish island of Bornholm and that the second, larger one was "very close to the location where the Swedish Maritime Administration tells us that the gas is leaking out of the pipeline."

Asked if they could have been naturally occurring, Lund said: "No, these are not earthquakes and they are not underwater landslides. So these are definitely blasts." 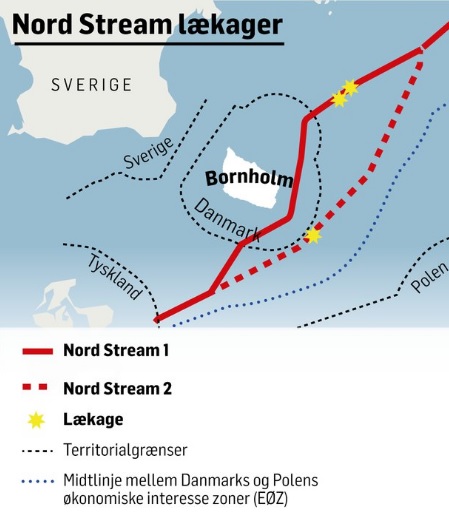 Both of the pipelines were built to carry natural gas from Russia to Europe, although the Nord Stream 2 pipeline was never activated.

Kremlin spokesman Dmitry Peskov said Russia was "extremely concerned" by the reports of damage and that no option, including sabotage, could be excluded at the moment. "Obviously, there is a destruction of the pipeline. And what the reason is, there is no option that can be ruled out until the results of the investigation emerge. This is an absolutely unprecedented situation that needs to be resolved quickly."

In the Kremlin's view, it is the US that is actually at the root of the pipeline sabotage, writes “Le Figaro” from Paris.

A spokeswoman for Russian diplomacy Maria Zakharova discovered a statement on Telegram by Joe Biden in early February stating that Washington would “stop” the construction of Nord Stream 2 if Moscow intervenes militarily in Ukraine. “If Russia invades Ukraine, there will be no more Nord Stream 2,” Joe Biden said on February 7, two weeks before the start of the Russian offensive.

Now Maria Zakharova ruled that the American president "should be held accountable for his words." “Europe must know the truth,” she added.

It was noted that at the moment before the explosions American warships visited this area of the Baltic Sea. The German "Norddeutscher Rundfunk” writes about:

“Around 6:15 p.m. Tuesday (27 sept.) evening, few onlookers in Puttgarden on Fehmarn (Ostholstein area) clearly saw US naval ships: USS Kearsarge, a giant amphibious warship, rushes past them at 17 knots, followed by the USS Arlington landing ship. At around 6 a.m. on Wednesday, the formation had already passed the Danish island of Bornholm by the time the Americans turned off their Automatic Vessel Identification (AIS) systems and could no longer be detected without further ado.” 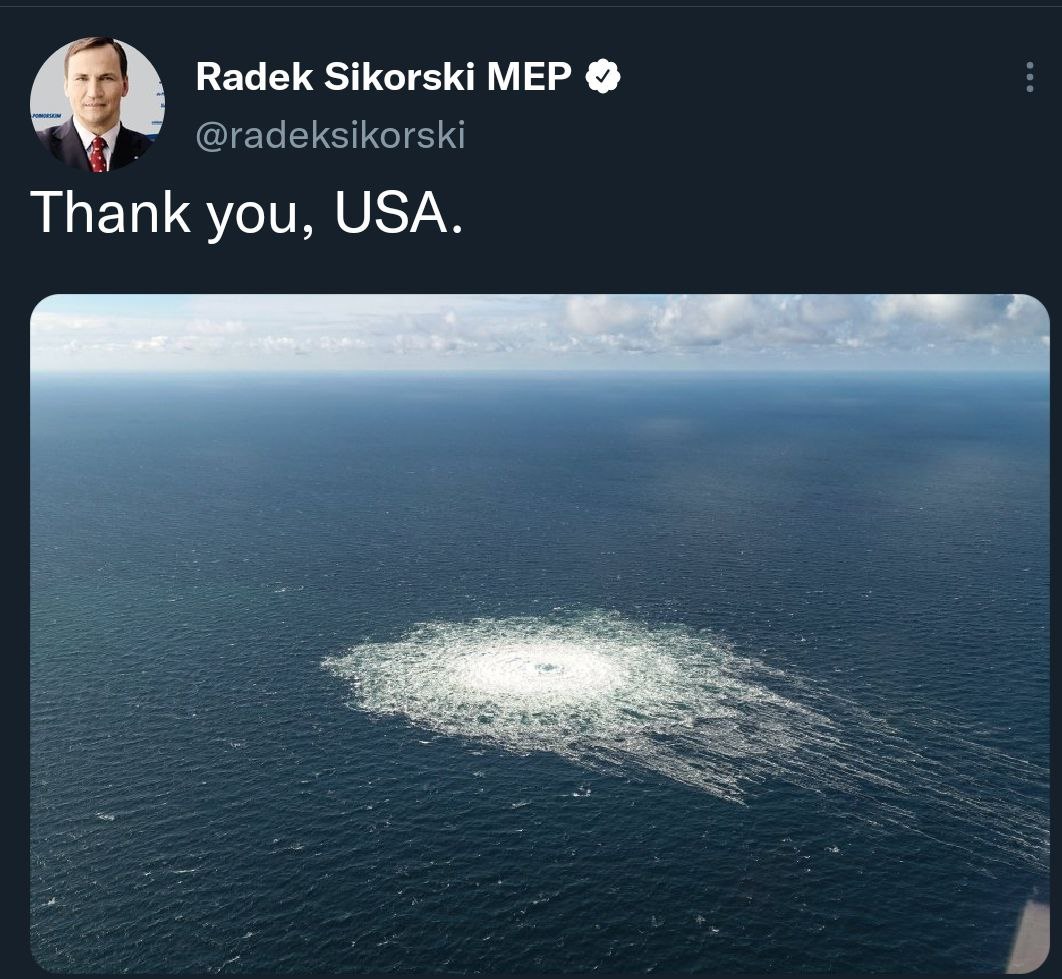 Germany, which no longer receives Russian gas through this pipeline and which received 55% of its supplies from Russia before the Ukraine crises, must now receive supplies elsewhere at much higher prices, recognizes “Norddeutscher Rundfunk”. As a result, the current incidents do not affect the country's gas supply, a Berlin spokesman said.

However, “pipeline leaks are extremely rare,” says Kristoffer Bottzauw, director of the Danish Energy Agency. “For Europe, whoever the author is, this is a warning. We must be prepared to carefully monitor our pipelines,” adds Thierry Bros, gas specialist and professor at “Sciences Po”.

Immediately the Poles accused Russia of the explosions! Polish Prime Minister Mateusz Morawiecki suggested Russian involvement. “We clearly see that this is an act of sabotage, which probably marks the next step in the escalation of the situation in Ukraine,” the Polish leader said.

Also accusations of Russia were heard from London, which is not at all surprising. “Russia has been accused of blowing up two of its own gas pipelines in the Baltic Sea with the aim of destabilising Europe in the midst of its energy war,” declares “The Times” as if the English were ‘standing there with a candle’.

…As they say in Russia, “Only a thief screams the loudest: ‘Catch the thief’!” to divert attention from his own theft.

It seems that the English newspaper has uncovered the true authors of the provocation – “The Times” is trying to shift the blame on Russia so no one would notice that the authors of this sabotage could be next to an editorial office.

The answer to the question ‘Who benefits from?’ (‘Cui prodest?’) is clear – those who immediately, without any investigation blamed Russia, precisely belong to interested forces.