Sanctions against Russia are a "double–edged sword" 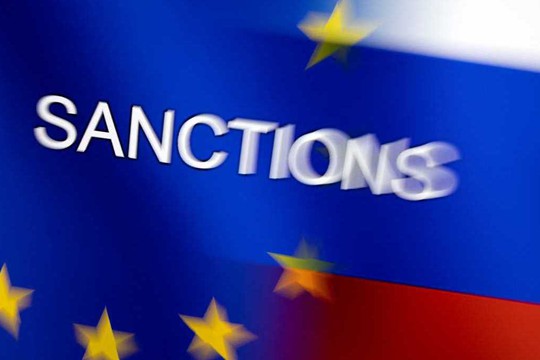 In an attempt to weaken Moscow the West has tightened sanctions - they believe the crisis in Russia will last for several years. But now it is clear that it is the United States and Europe, not Russia, that will be the losers, - writes the Chinese newspaper  Huánqiú Shíbào.

China is actively discussing the situation around Ukraine, as well as the sanctions that Western countries have imposed against Russia.

Huánqiú Shíbào writes that in China  there are few specialists on Ukraine, so most of the statements lack long-term research and reliable conclusions. Many studies and discussions began after military escalation in the region. Therefore many experts easily make inaccurate judgments.

The publication believes that it is necessary to give a more accurate assessment of the impact of economic sanctions on Russia. Financial sanctions can be compared to "economic nuclear bombs". Thus, in the minds of most people, American-Western economic restrictions are almost unequivocally considered as a "successful instrument of pressure". Therefore, sanctions against Russia are currently perceived by the majority as something effective.

However, this is not the case, since relations between the Russian and Western economies are limited to the area of basic resources, such as energy and food. Economic relations in other areas of the economy are quite close, but they are not so developed. Besides Russia has been preparing in advance for the current events, conducting de-dollarization and de-westernization policy. Russia is a country with enormous  resources, therefore, in such conditions, economic sanctions will increasingly turn into "a double-edged sword" hitting both sides, - the newspaper emphasizes,

It is also necessary to reconsider the Russian "degree of compliance" with the West. Some believe that most of the countries that are not part of the collective West are "under its pressure" and "do not dare to resist” - they should only "dutifully act in accordance with the orders of the West".

But the world situation has changed. China's power is close to that of the United States, and the military gap between them is shrinking. Non-Western countries around the world monitor the PRC. Sino-Russian cooperation will inevitably change the balance of international relations and change this balance in a direction beneficial to China, Russia and other non-Western countries.

Analysis of the situation shows that relations between Russia and the West have been going on for hundreds of years, and Russia considers itself as a part of Europe. As a result its understanding of the West is much better than that of other Eastern countries. The current situation in Ukraine affects not only the future of Russia, but it also restructures of the entire international system. The system of international relations, dominated by the West, may gradually be shaken and transformed, - Huánqiú Shíbào believes.