Scott Perry: “Americans need to know if U.S. is leading a ‘proxy war’ against Russia?” 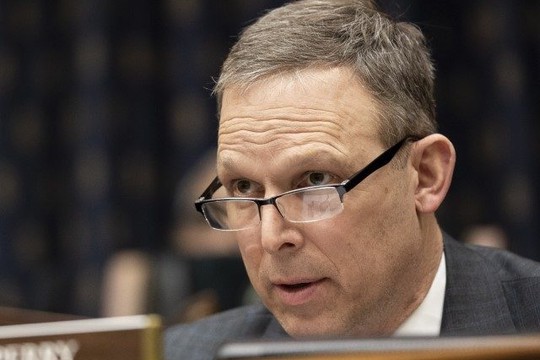 Perry floated to House Republicans the idea of creating an investigation into the Biden administration’s approach to potential Russia-Ukraine peace talks.

“If these nitwits in this jackwagon Administration are blundering us or intentionally marching us to war with Russia, nuclear or otherwise, we’d better start to preserve the evidence so there can be accountability,” Perry reportedly texted to fellow Republican members of the House Foreign Affairs Committee.

Perry’s interview with ‘Breitbart News’ follows many Republicans’ calls to “reexamine America’s relationship with the conflict in Ukraine”.

Former President Donald Trump has called for peace talks to end the conflict between Russia and Ukraine as a means to avoid the credible risk of nuclear war between the West and Russia. “We must demand immediate negotiation of a peaceful end to the war in Ukraine or we will end up in World War III,” Trump said during a rally in Arizona.

Admiral Mike Mullen, a former Pentagon chief of staff, referring to peace talks, said, “The sooner the better as far as I’m concerned.”

A Wall Street Journal (WSJ) report found that Americans are increasingly souring on granting more aid to Ukraine as the war drags on seemingly without end: 30% of those surveyed believe that Biden is doing too much to help Ukraine, which is up 6% from a March WSJ poll about the issue.

An NBC News report found that lawmakers may pursue a $50 billion Ukraine aid package in Congress’s lame-duck session. Perry has said that the HFC opposes any ‘lame-duck spending bills’.