Serbia was a testing ground for Western strategists 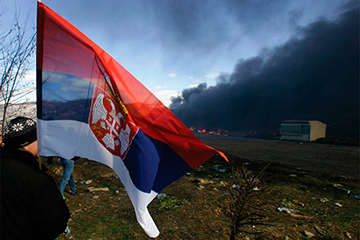 On March 27th, 1999 in Brussels, the NATO leadership could not believe what they were hearing. For the first time in the history of its combat operations, a highly "secret" U.S. Air Force stealth fighter plane was not only detected by Yugoslavian air defense radar, but it was also shot out of the sky and came down near Belgrade. It was a heavy blow to the American military-industrial complex and the Lockheed Corporation. The Pentagon claimed that there had been a technical problem and the so-called "invisible plane" had simply crashed somewhere in the forests of Serbia. It was not until 25th November 1999 that the U.S. military admitted that the F117a had been shot down and destroyed. The truth was concealed not only from ordinary Americans, but also from numerous customers. At the time, the "Invisible" plane was very popular around the world, but secrets always come out eventually. The pride of the American aircraft industry, a plane worth more than $100 million, was destroyed by a Serbian military anti-aircraft missile system, on which was written the words: "Made in USSR". On the eve of the 15th anniversary of the beginning of the NATO aggression against the sovereign state of Yugoslavia, I was in Belgrade. I met again with those who brought down the most secret U.S. Air Force plane. My first companion was Lieutenant Colonel Georgi Anichich. I have known him for a long time. He has told me many times that NATO had hoped to very quickly bring Serbia to her knees, and break the spirit of the rebellious Serbs. But the Yugoslav People's Army and its air defenses were much smarter that the NATO strategists. 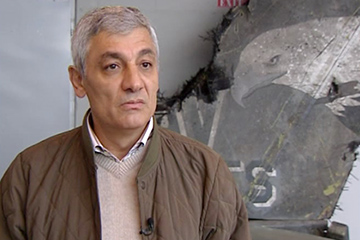 Georgi Anichich said: “It was a demonstration by NATO forces - from a defensive alliance it immediately became aggressive. With each passing day the number of aircraft involved in the war against us increased. But NATO failed to destroy our air defense system. We tried to defend ourselves to the best of our ability. We often changed our positions, constantly deceiving the enemy and forcing them to carry out the war not only at night but also during the day. Towards the end of the NATO aggression, more than 1,000 aircraft sorties were flown every day from their airbases. This way of defending the country allowed the country's leadership to gain time, and to ensure that the Kosovo Albanians and their Western backers were unable to immediately withdraw from Yugoslavia.”

“How did little Serbia manage not only to survive these 79 days of aggression, but also inflict significant damage on the Pentagon? After all it was your team that shot down the F117a stealth fighter. So what else did you manage to bring down then, in the spring of 1999?”

George Anichich: “Our missile brigade No. 250 is recognized to have shot down three enemy aircraft and a further two that NATO members did not want to officially admit to. On the third day of the war, on March 27th, at 20 hours 42 minutes, our brigade shot down the most secretive specially protected plane, made using “stealth” technology, an F 117a fighter. At the time, the U.S. Air Force had 59 such aircraft. It was planned that the F117a would be the main aircraft for the U.S. Army until 2018. We also shot down an F-16 CG. The pilot of this aircraft had been involved in the Gulf War and other major U.S. Air Force operations, but we managed to interrupt his successful flights. It happened on the night of 1st to 2nd of May. On May 19th we hit a B2A. The plane crashed near Serbia on Croatian territory. During the next three months of the war we were able to hit another F117a, but it only received damage and managed to reach Bosnia, where it set down on one of the airfields. There are testimonies of people, experts, who confirmed that another "Stealth" had been hit by our defense systems. We were able to inflict significant material damage on the Americans. They put their bets on these "Stealth" aircraft and intended to sell them worldwide. They had orders worth hundreds of billions of dollars, but after the events in 1999, all their business plans collapsed. Customers abandoned the aircraft, and in March 2008, the F117a was decommissioned. After Lt. Col. Georgi Anichich and his colleagues shot down the F117a, the White House and the Pentagon asked for the return of the wreckage and all that was left of it back to the United States. But Belgrade refused. Now the downed “Stealth" is exhibited in the museum of aviation.”

That’s where I met with Dragan Matic, who first pressed the "Fire" button on the defense system. 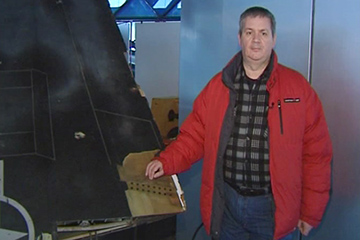 “How did the Americans with all their latest technology manage to be "detected" by the Soviet missiles and put their "Stealth" in jeopardy?”

Dragan Matic: “We defended our homeland and did our duty. We, also, were targeted, watched by American satellites and detected by AWACS systems. So we tried to avoid broadcasting any radio signals. If you're on the air or on the enemy's radar for more than 20 seconds, you're already dead, just waiting for a "Tomahawk", "cruise missile" or some other powerful bomb. This is my opinion on the "Stealth". The aircraft did not have a high speed of flight, had limited protection, and only two bombs on board. Another drawback of this "bird" was that it had to fly very close to the target, in order to inflict a fatal blow.”

“The planes always took the same route, and returned to their bases the same way. We quickly realized this. This "tradition" played into our hands. Most of the aircraft came into our sights 40-50 kilometers from our positions. The American pilots and their counterparts in NATO always adhere to the rules and clearly execute commands. They have a flight path, a job to do, and they do not deviate from that by even an inch. We read between the lines of their plans, and this saved us and our defense systems.”

“Why did the West wage war against Yugoslavia?”

Dragan Matic: “Firstly, to punish us for Kosovo. Secondly, to test new weapons in specific combat conditions and at the same time get rid of old stocks of weapons and get new ones. We are talking about hundreds of billions of dollars, which the U.S. military industrial complex received later. The Pentagon requested funds, and the government allocated them.  2.5 ton bombs were tested for the first time on Yugoslavia territory. Yugoslavia split up in the years 1991-92. We Serbs obstructed the West, so they tried to break us. They didn’t only fight against Milosevic; that was just a cover. They needed to break the people’s spirit, to destroy the country and take it under their control. They dumped all sorts on top of us: depleted uranium missiles, cluster bombs, and so on. We became a testing ground on which NATO strategists experimented.”