Serbs do not want to join NATO 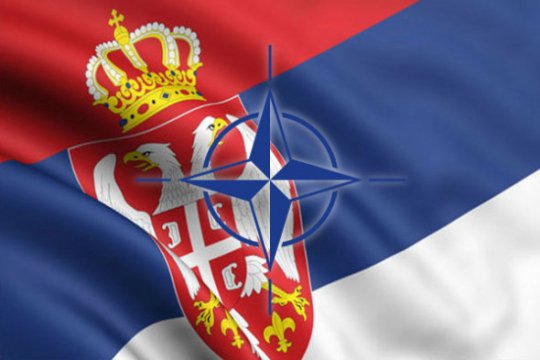 The leaders of Serbia and the Bosnian Republika Srpska have signaled their intention to maintain military neutrality and refrain from joining NATO. A statement to this effect was made amid the aggravation of the political crisis in Montenegro following the coming into force of the law on the freedom of religion, which provides for the possibility of reinstating the state ownership of church facilities which belonged to the state until 1918 (currently de facto administered by the Serbian Orthodox Church).

The relations between Serbia and Montenegro are currently in turmoil. The adoption of the law “On Freedom of Religion or Belief and the Legal Status of Religious Communities” has resulted in a noticeable increase in political tension in Montenegro and soured relations between Podgorica and Belgrade. After mass protests swept through Serbia, opposition deputies even urged the authorities to send an army to Montenegro to protect local Serbs and Serbian interests. Leaders of the European Union and NATO have advised the President of Serbia, Aleksandar Vučić, to refrain from any hasty actions against Montenegro.[1]

The current situation is fraught with severe geopolitical problems both for Serbia proper and for its allies in the region, first of all, for the Bosnian Republic of Serbia. Given the public opinion and electoral tally, the authorities in Belgrade and Banja Luka cannot but support (at least politically) Montenegrin Serbs and the interests of the Serbian Orthodox Church. On the other hand, the conflict with Brussels and Washington can cause more collisions, including over Kosovo, which is already exerting a negative influence on Serbia’s relations with global powers.

What can trigger yet more dramatic consequences is the involvement in the events in Montenegro of the Republika Srpska, which is part of Bosnia and Herzegovina. The EU has always accused Bosnian Serb leaders of nationalism which spilled into their intention to pursue policies based on ethnic, rather than national, principle. In these circumstances, Milorad Dodik, a member of the collective Presidium of Bosnia and Herzegovina from the Bosnian Serbs, has apparently decided to preclude a negative development of the situation by making a landmark statement on the invariability of the foreign policy of Banja Luka. Speaking on  national television channel RTS on January 15th he pointed out that Republika Srpska did not intend to join the North Atlantic Alliance and would maintain military neutrality. Milorad Dodik made it clear that considering that the extensive reform plan adopted in Bosnia and Herzegovina under international supervision does not provide for the entry of this former Yugoslav republic into NATO, any moves in this direction will require the appropriate decision from the Presidium of Bosnia and Herzegovina, in which the local Serbs (along with Muslims and Croats) have a veto. “Military neutrality is what we opt for, we do not want a NATO border along Drina, on the border of Serbia. There is nothing in the document about integration into NATO, ”- said Milorad Dodik.

Bosnia-Herzegovina is currently a member of NATO’s Partnership for Peace program. In 2010 Brussels provided it with an Alliance Membership Action Plan. However, there have been no concrete decisions at the national level as to  prospects for integration into the North Atlantic Alliance, and the recent statement by the long-term leader of the Bosnian Serbs closes this issue, at least for the years to come.

A similar situation is observed in Serbia, where President Aleksandar Vučić calls out for cooperation with Brussels, but categorically rejects the possibility of discarding military and political neutrality enshrined in national legislation. In November 2019, he yet again emphasized that Serbia would not join NATO, that the republic did not intend to change its policy towards Russia, and that Serbian - Russian relations would remain “fraternal”. [2]

Even media close to the pro-Western wing of the Serbian opposition admit that relations between Serbia and Russia in the coming year are unlikely to undergo radical changed. According to the Belgrade newspaper Blic, “the intact element that connects Serbia with the Kremlin will be, first and foremost, the issue of Kosovo, the solution to which, judging by the current situation, has been  postponed for the future ...”. The edition cites an expert of the Center for Foreign Affairs and Security in Belgrade, Igor Novakovich, who says that the two sides will not take any drastic steps in bilateral relations, primarily because the Kosovo issue remains outstanding while Russia is supporting Serbia in international institutions and assisting it in its campaign to revoke international recognition of the self-proclaimed independence of Kosovo. “There is a de facto situation that has stayed unchanged for more than 11 years during which Russia has supported Serbia, by the way, very actively, especially in the UN Security Council. And this is precisely what shapes their relationship, perhaps to the maximum extent, ”- the expert emphasizes.

Milan Igrutinovic, an expert at the Institute for European Studies in Belgrade, has voiced a similar opinion: “I do not think that there will be structural changes in relations between Serbia and Russia, although the United States, of course, is interested in them, which is not a secret. Moreover, since the United States  views  relations between Belgrade and Pristina through the prism of Russian influence, the Americans want this issue resolved by all means”. The United States is set on “using the moment to tear Serbia away from Russia”, - the expert says.

According to former Pentagon employee Michael Carpenter (who currently runs the Penn-Biden Center), the Serbian leadership is unlikely to abandon close ties with Russia, at least in the near future. “However, under favorable circumstances, it seems to me that Serbia could adopt the Finnish model of political development and maintain historical and cultural ties with one side, while establishing political and military cooperation with the other. In essence, the Finnish model incorporates three things: reform of political institutions in order to secure the rule of law and democratic standards, full integration with the European Union (but not with NATO), and maintaining close cultural and human contacts with Russia,” - Michael Carpenter said in an interview with Blic . [3]

In my opinion, the current situation requires Russia to pay more attention to what is happening in the Balkans. There is no need to overestimate the significance of statements made in Belgrade and Banja Luka regarding relations with Washington and Brussels. What can guarantee Russia's interests in the Balkan region is implementation of bilateral and multilateral trade, economic, investment and energy projects, particularly as part of the construction of the export infrastructure of the Turkish Stream gas pipeline in which all the Balkan states are vitally interested.