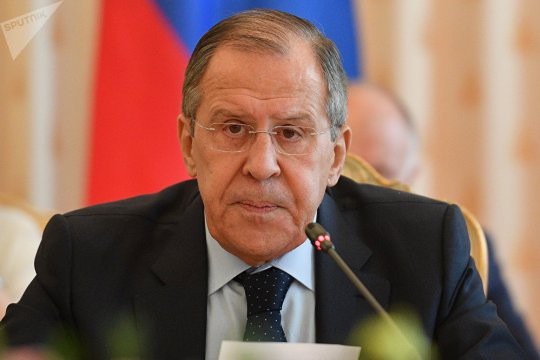 Answer: Development of ties with Iran is one of Russia's foreign policy priorities. This year, the 12th of March marked the 20th anniversary of the conclusion of the treaty that you have mentioned. It was signed by the Presidents of our countries in Moscow. By doing this, the sides confirmed their reciprocal commitment to building relations based on the principles of equality and mutual trust. Russia and Iran undertook to respect each other's sovereignty, territorial integrity and independence and not to interfere into each other's internal affairs.

It is, to a large extent, due to the consistent implementation of the Treaty's provisions that our countries have reached such an unprecedentedly high level of interaction, which is today intensive and diversified. We are strengthening our ties in the political, trade, economic, scientific and technological, cultural, humanitarian and some other fields. Implementation of major infrastructure projects is underway in Iran, including the construction and operation of the Bushehr nuclear power plant. Cooperation in the field of healthcare and fight against the spread of the COVID‑19 infection is advancing. Iran is supplied with Russia's Sputnik V vaccine, and there are plans to organize its production in the Iranian territory.

Moscow and Teheran work closely to ensure the full implementation of the JCPOA. We successfully coordinate our efforts to achieve a Syrian settlement within the Astana format, which has proved its effectiveness, and hold regular dialogue on the situation in the Middle East as a whole. We can confidently say that the Russian-Iranian cooperation contributes to maintaining regional stability, and, more broadly, to the development of international relations on the basis of the principles enshrined in the UN Charter.

During the forthcoming negotiations with my Iranian counterpart, Mr. Mohammad Javad Zarif, I am planning to discuss ways to further enhance the multifaceted Russian-Iranian ties.

Answer: Sustainable increase in trade and economic cooperation largely depends on the developed logistics network. The North–South International Transport Corridor is a good example of multilateral collaboration. It is the key infrastructure project in the region designed to promote mutually beneficial interaction between multiple states.

Our countries play a leading role in the implementation of this initiative, as most part of the land route runs through their territories. Building modern road infrastructure is of special importance in this regard. The Russian government has approved and launched relevant plans and programs, including for the Caspian Sea region. We know that Teheran also devotes special attention to this issue. We expect that our Iranian partners will successfully finish the construction of the approaches to the Caspian port (the Anzali Free Trade Zone) and the railway to Azerbaijan. This will substantially boost the competitiveness of the North–South ITC and its attractiveness for shippers.

The development of cooperation between Iran and the Eurasian Economic Union also serves the goal of successful functioning of the transport corridor. It was formalized in 2018 by signing of the Interim Agreement enabling formation of a free trade area (entered into force in October 2019). On 11 December 2020, a decision was taken to conclude a permanent agreement on the free trade area. For our part, we will continue to assist this work in every possible way.

We hope that the North–South ITC will eventually serve as the basis for creation of a single "seamless" transport, logistics and economic space stretching from southern coasts of Iran to northern cities of Russia. Addressing such a task appears especially relevant at the moment when the recent incident with the blocking of the Suez Canal has highlighted the need for reliable land transport routes.

Answer: The main problem, as we see it, is Washington's persistent unwillingness to abandon its flawed course towards upholding the US's global dominance, which was adopted in the early 1990's following the collapse of the Soviet Union. Today, it is obvious to everyone that such a policy is entirely counterproductive, particularly given that the objective process of shaping a fairer, more democratic and therefore more sustainable multipolar world order is gaining momentum right before our eyes.

Despite this, the United States, supported by its European allies, has been taking aggressive steps aimed at destroying the UN-centered international legal architecture and substituting it with the so-called "rule-based order." It is not that we oppose the idea of everyone following the rules, yet these rules should be developed not within a narrow circle comprising Washington and its satellites and bypassing the United Nations but within universal formats involving all key global players based on the existing universally recognized norms of international law.

In this context, I would like to highlight the phenomenon of an unprecedented extensive pressure put by the West on States that are implementing an independent domestic and foreign policy guided by their national interests. This involves all sorts of tools ranging from financial sanctions and visa restrictions to disinformation campaigns and direct forceful interventions. We are, in fact, faced with the relapse into neo-colonial thinking in foreign policy, which implies, among other things, dividing the world into the "chosen" countries and all the rest. While the former are offered an a priori pardon for any actions, the latter must presumably act in line with instructions issued by Washington. This is, of course, unacceptable for both Russia and Iran, as well as most countries of the world.

As for the second part of the question, it is important that we strengthen our foreign policy interaction, including within the United Nations and other multilateral platforms. Especially given that, as I have already mentioned, we have a lot of supporters – most of the members of the world community share the view that inter-State communication should be developed based on international law and principles of mutual respect, taking account of each other's interests. Like us, they consider zero-sum geopolitical games, sanctions and blackmail to be unacceptable, and advocate for consistent improvement of the situation in the world.

Answer: Russia firmly believes that there is no reasonable alternative to the JCPOA. As President Putin has repeatedly emphasized, the most effective way to maintain the 2015 arrangements is for the signatory countries to fully comply with their obligations. The launch of substantive talks on that matter in Vienna involving Iranian and US delegates gives hope – first of all, the hope that previous violations of the JCPOA and UNSC Resolution 2231 by the US will be remedied. This will create conditions for Iran to return to compliance with the requirements under the nuclear deal, in terms of both transparency and reconfiguration of the Iranian nuclear program. We do our best to help Washington and Teheran find the right solution.

As for the sanctions policy pursued by Washington, our stance remains unchanged – we will continue to reject any unilateral restrictions, which – on top of everything else – affect the most disadvantaged groups of population. Russia has been vocal about the inadmissibility of such restrictions at various international platforms, including the United Nations. I am pleased to note that our position is widely supported by members of the world community.

It is equally important to step up efforts to reduce risks associated with sanctions and potential expenses for economic operators. In particular, gradual steps should be taken to move towards de-dollarization of national economies and transition to payments in national or alternative currencies, as well as to stop using international payment systems controlled by the West. Russia has been working actively to that end. We see great prospects for cooperation in that field with all interested international partners.