Sergey Shoigu: New figures related to the SVO in Ukraine have been revealed 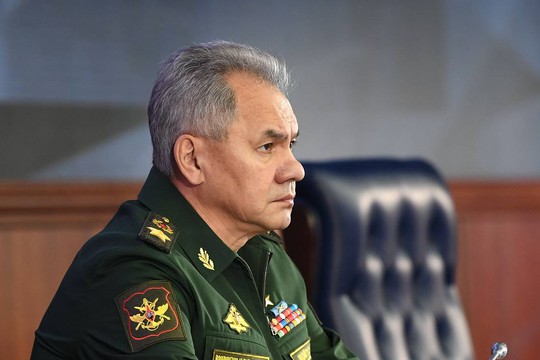 On May 7th, 2022 Russian Defense Minister Sergey Shoigu announced new figures related to the implementation of the Special Military Operation (SVO) in Ukraine. He addressed National Centre for State Defense Control in Moscow via a teleconference with the leadership of the national Armed Forces.

He said that a significant part of the Lugansk and Donetsk People's Republics (LPR and DPR), including Svyatogorsk, has been liberated, including 97 percent of the LPR and 70 percent of the DPR. Over the past ten days, 51 pieces of foreign military equipment have been destroyed in Ukraine, including 21 howitzers [including U.S. M777] and two MLRS earlier sent to Ukraine. As for now 6,489 Ukrainian military men surrendered. The seaports of Mariupol and Berdyansk at the Azov Sea, controlled by the RF, are operating normally and are ready to ship grain. Zaporozhskaya NPP, controlled by the Russian forces and generating nearly 50% of all Ukrainian nuclear generated energy is working normally.

Totally 33 coal mines, two oil fields and 14 gas fields taken over by Lugansk and Donetsk People's Republics during the SVO also continue to operate normally. The liberated territories contain up to 57% of Ukraine's steelmaking capacity.

While retreating, Ukrainian nationalists seek to cause maximum damage to these industries.  In turn, the Russian military, while liberating Donbass, is taking industry facilities under its protection, thus preserving the potential for the development of the region's economy.

The liberated territories of Donbass can produce 10 million tons of grain crops and 1.4 million of vegetable crops per year.

An automobile communication between the territory of Russia along the mainland to the Crimea has been opened via Donbass. The unhindered water supply of the Crimean Peninsula through the North Crimean Canal that has been blocked by Kiev in violation of humanitarian law has been resumed. Railroad system between Russia, Donbass, Ukraine and Crimea resumed on six railway sections of total length 1,200 km.

More than 27,000 tons of goods (food, basic necessities and medicines) have been handed over to civilians.