Shadows of Kosovo and OSCE Over Kyrgyzstan 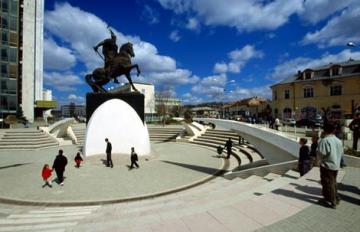 The first group of experts from the international commission investigating the June, 2010 clashes in the southern part of Kyrgyzstan plans to be in Osh by early September. Commission chief Kimmo Kiljunen said on August 23 that Kyrgyz president R. Otunbaeva reaffirmed Bishkek's support for the initiative of Finland, Sweden, Norway, and Denmark to launch an independent international investigation into the hostilities. Kiljunen said the investigation would last throughout September-November and the report would be ready in December [1]. He added that the report would not be released before the parliamentary elections in Kyrgyzstan. The OSCE also seems keenly interested in the elections and even plans to dispatch to Kyrgyzstan its own police mission with an unclear mandate but with a clear objective to intervene in the republic's internal conflict on the side of its current administration.

Osh mayor M. Myrzakmatov reacted negatively to the plan. He told Russia's Kommersant daily that “the deployment of the OSCE police forces in South Kyrgyzstan would be tantamount to replaying the Kosovo scenario in the Fergana Valley”, obviously meaning that in his view in the Kosovo case a piece of the sovereign country had been torn out of it by force. Myrzakmatov said the majority of the population in Osh did not welcome foreign presence in the region and the city council rejected the idea. “We believe they are guilty of the Kosovo tragedy. We will not allow to do in the Fergana Valey what had been done in Kosovo and regard them as strangers”, said Myrzakmatov [2].

It is natural that political leaders outside of the Balkan region increasingly invoke the Kosovo case. The unilateral proclamation of independence by the province in 2008, its snap recognition by the West, and the unconvincing advisory opinion on the case issued by the International Court of Justice altogether created an atmosphere of total arbitrariness and double standards. For the first time in the post-World War II Europe a large faction of the international community greenlighted the cessation of a province of a UN-member country without its consent. At the time of the proclamation of independence, Kosovo in fact had no federative status and was run by a special mission instituted by the UN, while UN resolutions explicitly banned such unilateral steps. As a result, nationalist, separatist, or basically any other groups in any of the world's conflict zones currently can cite the Kosovo case as an argument in favor of their agendas. The Fergana Valley – a region with a history of ferocious conflicts – happens to be a potential site where a scenario similar to the Kosovo case can easily materialize. It is no coincidence that the recent events in Kyrgyzstan can to an extent be traced back to the drug mafia – the fact likely reflects attempts to build the Central Asian republic into the trans-Eurasian drug trafficking route in which the pseudo-independent Kosovo plays the role of a key link.

The developments in Kyrgyzstan highlighted an important aspect of the activity of the OSCE and other international organizations in crisis zones: the explanation behind the inefficiency of the organizations is not their inaptness but their intention to deliberately provoke and escalate conflicts. In 1998, OSCE deployed a verification mission of 1,400 international representatives and 1,500 locals in Kosovo. In part, the mission succeeded in separating the warring sides and stabilizing the situation in the province, and for a period of time there was an impression that a political deal between Belgrade and Pristina loomed on the horizon. Obviously, this was not what mission chief, US diplomat W. Walker and the forces backing him wanted. The forces had surfaced during covert operations in Latin America in the 1980ies, and W. Walker happens to be a familiar figure in Bolivia, Brazil, Salvador (where he served as the US ambassador in 1988-1992), Honduras, Nicaragua, Peru, Panama, and Argentine. He made full use of his expertise in subversion in Kosovo – it was W. Walker who floated the myth about the Račak massacre in January, 1999. The actual circumstances of the drama remain obscure and the likeliest conclusion stemming from available evidence is that Albanian separatists and their Western curators dressed the corpses of killed Albanian guerrillas in civilian clothes to present them as victims of ethnic cleansing. W. Walker had serious reasons to force all independent experts and journalists to leave Račak – after that he confidently charged Belgrade with war crimes. The rest of the story – strikes on Yugoslavia and the separation of Kosovo by force – is well-known. Labor Member of the Parliament Alice Mahon amassed a bulk of documents exposing W. Walker's involvement in the scandal sparked by the supply of arms to Contras in Nicaragua and in the organization of the propaganda campaign which accompanied the NATO intervention in Kosovo. Interestingly, in November, 2008 Albanian president Bamir Topi granted to W. Walker the title of an honorary citizen of Albania, an on January 15, 2009 – on the second anniversary of the Račak incident – W. Walker was awarded the freedom medal by the president and the premier of the self-proclaimed Kosovo. The Albanian regalia do seem to weigh on the reputation of an official of an organization touting its neutrality and unbiased approach.

No doubt, quite a few people in the OSCE feel bad about the above forms of “crisis response” and settlement of interetnic conflicts, but the organization's Balkan tenure, markedly pro-Georgian position in the Caucasus, and the practice of interference in the domestic affairs of sovereign countries under the pretext of monitoring elections make the OSCE interest in the situation in Kyrgyzstan look suspicious. There is a high probability that new W. Walkers are going to land in the Central Asian republic as members of the police mission and the international investigative commission.