Shock! No confidence for Americans institutions 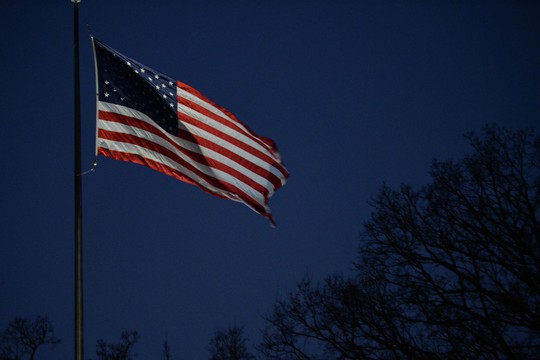 A Gallup survey from July, 5 reported that this last year has seen a fall in public confidence in every one of 16 major U.S. institutions, writes “The American Conservative”.

The institutions in which Americans now place the least confidence are the presidency(!), newspapers(!), the criminal justice system(!), big business(!), television news(!) and, at rock bottom, Congress(!). Only 7 percent of Americans have great confidence or quite a bit of confidence in Capitol Hill.

That small business is the most trusted of American institutions suggests that Biden’s attack on the alleged greed of gas station owners may not be politically wise, stresses the magazine.

Journalistic institutions—newspapers and TV news—both largely liberal, appear to be ones in which the nation reposes the lowest levels of confidence and the greatest deposits of distrust.

Why are Americans so down on their country and disapproving of its direction, and of their president who is leading them? – asks “The American Conservative”. The answers are:

- The pandemic, which has taken a million lives in 30 months and infects 10 times as many of us today as it did a year ago, with the death toll roughly the same now as then, is a primary cause.

- The worst inflation in 40 years and the record rise in the price of food and fuel for America’s families.

- Since the first of the year, there have been an average of 10 “mass shootings” a week, where a criminal gunman wounds or kills four or more victims. Major atrocities like Buffalo, New York; Uvalde, Texas; and Highland Park, Illinois dominate the news for days.

- There is the poisonous character of American politics. In the 2016 campaign, Hillary Clinton famously described half of the supporters of Donald Trump as a “basket of deplorables.” They are, said Hillary, “racist, sexist, homophobic, xenophobic, Islamophobic…irredeemable…bigots” all. Sending the issue of abortion back to the states for decision, the term “fascist” has been applied by the left to its right-to-life opponents.

The conclusion: If Republicans capture two or three dozen House seats in this fall’s midterm elections, would that constitute a triumph of American fascism?

There is a really confusion in the minds.