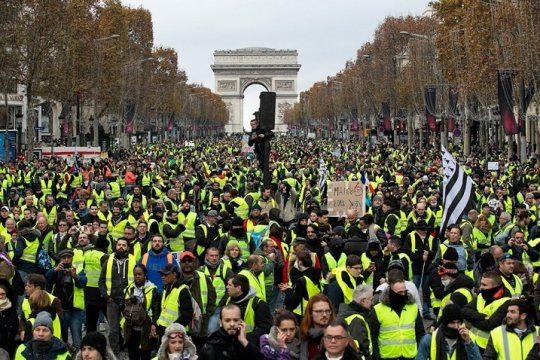 Protests of Yellow Vests in the center of Paris.

Only the British could write about the French in such a manner. They reveal little-known details of the “Yellow Vest Movement” in a recent article “Yellow Vest: Shock stats reveal depth of Macron chaos - 50,000 on the streets and 11dead”.

The British edition of “Express”has made public much of what the French press chose to keep silent about. No wonder it turned out that the French receive most information about the "Yellow Vest Movement" from ... the Russian TV channel RT, reporting in French.

Here are the sad details: "French Interior Minister Christophe Castaner said that 11 people were killed in clashes with the Yellow Vests”. It is the British press that picks up and quickly disseminates such information: “Mr. Castaner said that 2,500 people from the Yellow Vest Movement  have been injured since the start of the protests in November last year, including 76 people sustaining serious injuries . Also, about 1,800 security personnel were hurt. ” 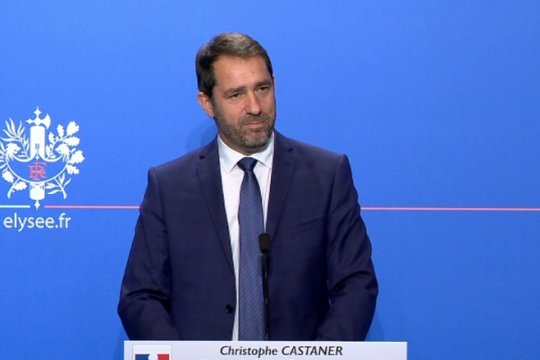 A total of 50,000 protests have been held across France since the first days of the Yellow Vest Movement. The protesters are named Yellow Vests after the yellow fluorescent protective jackets that French drivers are required to keep in their cars. The Yellow Vest Movement itself originated in November 2018, primarily over rising fuel prices, but it quickly grew into wider discontent over the economic policies of the government and President Emmanuel Macron. 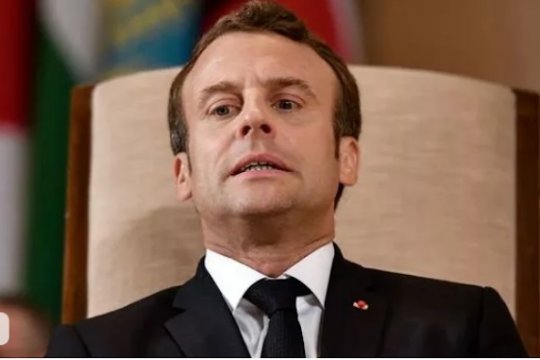 As became clear in recent weeks, this protest movement, which has been going on for more than six months, is subsiding, the British press writes. Last weekend, only 7,000 demonstrators took to the streets of France, while in Paris, only 950 came out. This indicates a visible decline in protests, in which, at first, up to half a million protesters throughout France took part.

However, the radicals are not giving up. According to Interior Minister Christophe Castaner, quoted by Express, the authorities do not want the police to return to soft tactics: “We are not going to respond to Molotov cocktails with warm feelings, and we are not going to protect law and order in the Republic with soft rhetoric. ”

The British say: “The social crisis has jeopardized Macron’s power, forcing him to offer a package of costly concessions worth more than 10 billion euros (8.9 billion pounds) to boost the incomes of the poorest workers and retirees. But now that support for this movement has weakened, Mr. Macron is determined to launch the “second act” of his reform program, which will radically review the pension system and the unemployment benefit system. However, these two fairly complicated systems are potentially “explosive issues” that could trigger a public outcry, even if the insurgency of the Yellow Vests has lost its impetus”,  - the British press reports say.

Thus, the French protests may regain momentum if the government chooses to resort to unpopular financial measures. Security officials warn that they will toughen measures against the demonstrators, whose behavior is far from civilized.

Amid this domestic turmoil, France faces the task of sharing the burden of leadership in the European Union with Germany in the event Brexit takes place.

It seems that the weakening of France is part of a plan to undermine the eurozone, which is currently experiencing extraordinary overloads: Great Britain - Brexit, France - mass public protests, Germany - confusion amidst leading political parties.

That all this takes place at the same time is no accident. Another 2-3 years and Europe, with its ever growing internal differences, will no longer appear as a "bastion of democracy and freedoms". Instead, it will play the role of a territory where a search for a way out of the crisis will become the prevalent political trend accompanied by the relevant polyphony. As a result, it will face problems with consolidation of interests, both among parties and while trying to secure common positions for all EU members on various political and economic issues.

And what kind of competitor will Europe make in the global markets, where an epic clash between the USA and China is unfolding?

As it seems, Europe is simply “being taken out of the Game. That’s why the Anglo-Saxons are playing up to French problems, actively spreading information about the Yellow Vest Movement. Isn’t it so?