Should Russia Seek to Join NATO? 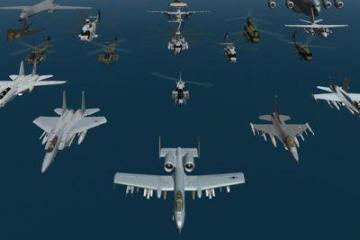 The call for Russia's joining NATO, which was recently voiced by Russian Union of Industrialists and Entrepreneurs Executive Secretary Igor Yurgens, could be regarded as just one in a series of outbursts of reset-style optimism and simply ignored, considering that Russia's proponents of total change have floated countless ideas of the kind over the past two decades. Nevertheless, there are serious reasons to focus on this particular issue.

The very idea that Russia can join NATO (and that the partnership can extend to the point of Russia's direct involvement in NATO's military operations) should at least be put to the test of an elementary analysis of the risks and threats the integration would breed. The analysis cannot be limited to surveying the consequences Russia would face as a result of accepting the obligations that come with the NATO membership – rather, the assessment should include a closer look at the situation the step – and the imminent evolution of the partnership from relatively mild forms to things like engagement in Afghanistan and joint missile defense development - would draw the country into.

The question arising in the context is: at the moment, what exactly is NATO, the organization a pass to which radically pro-Western politicians advise Russia to request? There is plenty of talk that these days Russia is not what it used to be in the Cold War era and that its mission and inner mechanics have changed beyond recognition. The public is presented with the image of NATO as an elite international club intended to host high-brow debates and only occasionally assuming limited police functions because the UN Security Council fails to handle the problems of terrorism, WMD proliferation, missile threats, etc. If this is the case, Russia's joining in should meet with no objections.

The truth is that NATO is indeed evolving, but not in the direction our career Westerners claim it is. The NATO summit which is to convene in Lisbon this year will supposedly confirm the alliance's new doctrine titled NATO 2020: Assured Security, Dynamic Engagement, which was put together by a group of experts led by former US Secretary of State and Russia's renown opponent M. Albright.

The adoption of the doctrine based on Albright's concept will boost NATO's global outreach and at the same time broaden the interpretation of Article 5 of the North Atlantic Treaty which defines under what conditions the alliance should resort to force. The overall trend therefore is that NATO drifts from a regional defense alliance to a hermetic elite club (in many respects an analog of international police) which is to take over the functions formerly belonging to the UN Security Council. NATO will thus begin to combine sheriff and judge in the same body. NATO's technological development and organizational transformations are clearly intended to back the trend as – according to the NATO strategy that awaits confirmation – “an effective defense ... must begin well beyond the territory of the Alliance”.

The strategy's reformulation of the conditions for invoking NATO's basic obligations listed in Article 5 are particularly alarming. The concept of a new threat affords an extremely inclusive interpretation of aggression (Part 2, Chapter 1: The Security Environment). The recommendations issued by Albright's group treat the following threats as casus belli:

1. ”Efforts to harm society through cyber assaults”. Evidently, the days of sophisticated provocations like the Tannenberg and Gleiwitz cases or the Gulf of Tonkin Incident are over. In the changing world, a real or imaginary cyber-attack is going to be enough to trigger a full-scale military response.

disruption of critical supply lines”. The approach would make suspending Russian gas supplies for importers' failures comply with payment schedules a risky thing to do, and pretexts for interventions would be predictably coming up in countries hosting the planned Nabucco gas pipeline. Russia's efforts aimed at maintaining national control over the Arctic maritime route would also become punishable under Article 5 of the North Atlantic Treaty.

3. “Provocative statements intended to serve as a

means of political blackmail. They could arrive in forms with which we are familiar,

or in hybrid variations that combine, for example, the stealth of a terrorist group

purloined weapons of mass destruction”. In other words, most of the Middle Eastern countries – and particularly Iran – cannot hope that presumption of innocence stays in effect – they are a priori guilty from the standpoint of the same Article 5.

4. “A nation that evades global norms” must be a reference to perceived misconduct. For example, Iran may be churning out proofs of the civilian character of its nuclear program or even altogether suspend it and still be a target under Article 5.   The country is pronounced guilty for harboring geopolitical aspirations and pursuing regional leadership.

Obviously, the explanation behind NATO's attack against Iraq was that there were no simpletons in the country eager to buy the myth of its terrorists and WMD stockpiles. Iraq's vast natural resources coupled with the geopolitical defiance of its leader doomed the country to the Western aggression.

5. “NATO may well be called upon to respond to challenges that do not directly affect its security but that still matter to its citizens”. If Russia decides to subject to revision the predatory terms of the Sakhalin oil concessions or to demand that its Western partners comply strictly with environmental regulations, shall we expect the US Navy to show up?

Russia's leadership should be careful not to overlook the list of new threats in NATO's renovated strategy.

Macroeconomic modeling shows that economic equilibrium configurations in the settings of unrestrained competition are inherently unstable and prone with crises. The options of stabilizing the system are:

The result in the latter case is a positive-sum game as the system switches from equilibrium to continuous growth. Importantly, failure to sustain the growth automatically destabilizes the system.

Given a competitive environment, an economic system can exhibit a measure of stability only provided that external resources are fed to it on a permanent basis. The scheme takes the existence of a periphery from which the resources can be extracted at low cost. In this light, NATO serves as an instrument of maintaining the system comprising a core and a periphery, which happens to be the only configuration the present-day West can function within. It should be realized that the above is the underlying concept of the new NATO strategy. In fact, NATO is the Western countries' alliance for new crusades which have always been economically motivated. Playing the role, NATO will be confronted with a new reality and a new balance of military potentials shaped by the rise of Asian countries. At the moment we are witnessing NATO lose the game in the campaigns in Iraq and Afghanistan. Clearly, the alliance needs Russia to help the West tame the rising Asia.

First, Russia is the country with the world's largest territory, and a large part of it borders the zones of likely future conflicts. Secondly, the new crusaders are known to avoid direct contact in combat. The admission of East European novices to NATO failed to provide the alliance with the human resources it needs to seize new territories and exercise control over them. For example, the Czech Republic's contribution to NATO's operations basically amounts to medical support. Consequently, Russia, acting as a member or a strategic partner of the alliance, can be of interest to NATO as a supplier of cannon fodder.

We should not be oblivious to the lessons of the past as we assess the feasibility of Russia's joining NATO. First, Russia has de facto fallen victim to a Western crusade in its modern history. Secondly, Byzantium - once the West's “strategic partner” in crusades - in the longer run saw crusaders devastate Constantinople. Moreover, later it had to face the Osman Empire – the rising Asia of the epoch – without any help from its former allies.

For Russia, additional costs of NATO membership would stem from the following circumstances:

The arguments in favor of the NATO membership for Russia which are cited by a part of the country's establishment are akin to the motivation of the character from Jaroslav Hašek's The Good Soldier Švejk: deciding which way to go he simply opted for the best  of the roads. Actually, the best road led head on to the enemy positions.