Sky News: Britain will have a new Prime Minister, but it's hard to see how it stops the rot 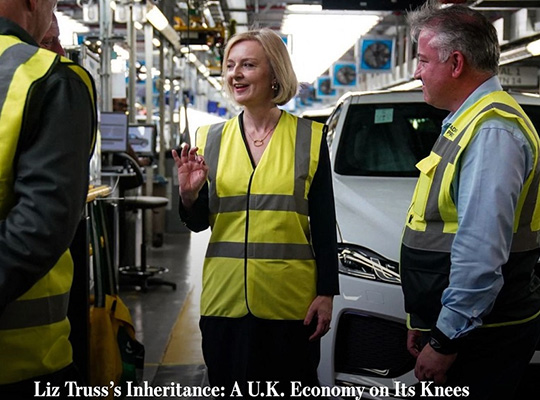 Liz Truss lasted less than seven weeks in the job. The decisions she made as Prime Minister finished her off at record pace, - notes Sky News.

Her allies promised "shock and awe" when she entered Number 10, but few predicted that she would turn Westminster into such a disaster zone.

Today, there's a collective sense of shock, rather like the aftermath of a car crash, where you emerge from the wreckage dazed and confused, asking yourself what just happened.

In the case of the Truss administration, the question is ‘How on Earth did the wheels come off the government so quickly and spectacularly? And what does that mean for the Conservative Party, our politics and the country now?’

The central mistake of Liz Truss was to treat the business of government rather like a continuation of her election campaign. She made all sorts of promises to party members – on tax cuts and on spending commitments in order to win them over.

When she entered Number 10, she didn't recalibrate or compromise. Instead of consulting the markets, taking soundings from the Treasury, or even gauging the views of her cabinet properly, she and her then chancellor Kwasi Kwarteng unleashed £45bn of unfunded tax cuts on the markets in a mini-budget that went even further than she had signalled in her leadership race.

She paid a heavy political price over the following weeks.

She has become one of the UK's most unpopular prime ministers in the space of just a few weeks – with just one in ten Britons satisfied with her leadership. An unrecoverable position, it was clear after that fateful press conference where Ms Truss sacked her chancellor that the game was up – what was less clear was how it would end.

Labour want a general election, the Conservatives will resist. But the question that is whether MPs can come together behind whoever takes over?

Britain will have a new Prime Minister, but it’s hard to see how it stops the rot.