Social networks and the truth about Ukrainian politics 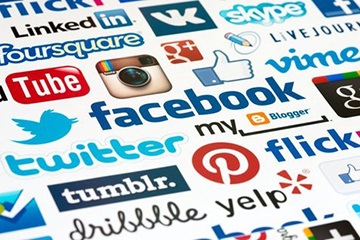 In the context of the unprecedented pressure of the Ukrainian law enforcement bodies on the independent media in the dissemination of news in the country, more and more importance is being placed upon social media networks, such as Face book, Twitter, VKontakte, and Classmates.
Ukrainian officials have officially commented on more than one occasion about the "danger" of social networks in directing the ideological mood of Ukrainian citizens in the “proper” direction. The SBU described the Russian social networks as an element in the information war against Ukraine, and the Ministry of Internal Affairs decided that the recent rioting by conscripts from the National Guard in several cities of the country was triggered by information catapulted into the VKontakte social media network (1).

Representatives of the Security Services and Interior Ministry called on their compatriots to be more cautious, less involved in political battles in social networks, and better, generally, not to use them at all. Instead Ukrainian users were offered several domestic counterparts: WEUA (2) and "Druzі" (3). Each of them claims to be the number one Ukrainian social network. WEUA argues that its number of registered users has reached 225,784 people. And "Druzі” claims to have 269,926 users. It is also alleged that only users with a Ukrainian IP-address can join the Druzi network.

However, the Ukrainian social networks cannot compete with their Russian counterparts. Vkontakte alone is visited by about 11 million Ukrainian users on a daily basis. Apparently, therefore, those who support the policies of the current illegitimate government have set about creating social networking groups and pages appropriating to their particular orientation. Today, social networks have become a battleground between those who support the destruction of the people of Donbass and the creation of a Bandera style Ukraine, and those who stand against it. The Ukrainian Security Services and the National Security Council have taken notice of this, and recently announced the opening of pages of the law enforcement agencies on Face book and Twitter (4).

If one talks about more accurate statistics, according to info graphics shown in the Ukraine VKontakte social network, VKontakte accounts for about 70% of all Ukrainian users (this makes it the most popular social network among Ukrainian citizens), about 30% use Classmates, and about 10% use Face book (5). This ratio is accurate for all regions of the country, whether it be Lviv or Odessa.

Based on the foregoing, the growing role of social networks becomes apparent in providing the information needs of the population of Ukraine. Since many independent print and electronic publications have been closed down, and their employees are being harassed by the SBU, talk about the existence of freedom of speech in Ukraine can only be described as hypocritical. Freedom of speech in Ukraine has been trampled and destroyed. This is evidenced by the regular reports of the arrest of "information terrorists" – as those who dare to publish to the Global Network their opinions about Poroshenko’s politics, or have different views to Poroshenko are called.

It is rumored that certain teams of SBU volunteers have been established, whose task will be to track down those guilty of panicky and unpatriotic comments, and then to surrender them to the law enforcement authorities. That’s why many social network users who do not support the policies of the authorities are forced to change their personal information (name, address, and so on), laid out in the pages of VKontakte and Classmates.

It is not difficult to predict that in the near future social networks will remain an essential element of public awareness in Ukraine about world events. This will be the only source of alternative information. Connection to many Russian Internet resources, especially news, is already blocked for Ukrainian users by the Ukrainian authorities.

Against this background, Russophobia has been blown out of all proportion, and consists of fabrications of fantasy. The Ukrainian viewer and reader is under daily and nonstop pressure and continuous information. He is deprived of the right to receive balanced and accurate information about what is happening in his country and around it. He dwells in the world of chimeras and propaganda fabrications. Ukraine is under an "iron curtain", and its population is herded into "information ghettos". Because of this, the authorities are able to turn even people with moderate views into supporters of the war.

Representatives of the Russian world must be more active in social networks. The main information vicissitudes will occur there. They should also communicate through social networks to Ukrainian users the Russian position on Ukrainian-Russian relations, in order to avoid misinterpretation of the actions of the Ukrainian Foreign Ministry.
There is a humanitarian aspect. Many citizens of Ukraine still rest assured that the death of civilians in Donbass was the handiwork of local "separatists" and "Russian terrorists." For many citizens of Ukraine, information about the criminal activities of Ukrainian troops in Donetsk and Luhansk will come as a painful revelation.
It is necessary to communicate the information to the users of social media about the true causes of the deaths of thousands of residents of the Donbass region, including, via social networks. This should be done discretely and not occasionally, but constantly, preferably in a daily updated format. So far only enthusiasts are engaged in this, who are not indifferent to the fate of the people of Donbass.