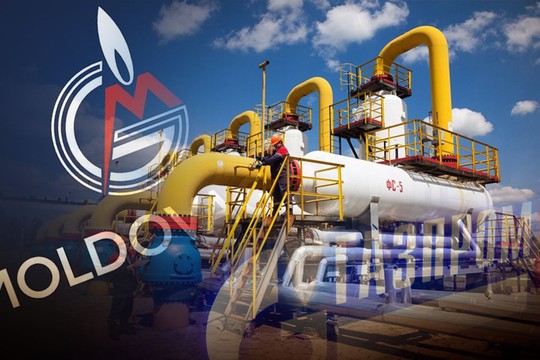 On August 14, new gas tariffs came into force in Moldova, the price of blue fuel for household consumers increased by 23.4%.

According to experts, tariffs will double by autumn. The population of the country has massively started harvesting firewood, which is sorely lacking. Manufacturers of autonomous heating sources, in particular, biomass pellets and briquettes, have raised prices due to a shortage of raw materials.

Against the backdrop of a pan-European economic downturn, the Moldovan economy is in a state of crisis. The decrease in the income of the population is taking place against the background of an increase in the cost of the consumer basket. The collapse of production is accompanied by a rise in the unemployment rate. Founded in 1899, the largest Moldovan brick plant "Macon", which did not stop working during two world wars and the collapse of the socialist camp, could not withstand "integration into the European economic system" and ceased to exist.

Due to the difficult socio-economic situation dissatisfaction with the authorities is growing in Moldovan society, as evidenced by the steady decline in its popularity. The Moldovan data collection and analysis company Date Intelligente (iData) has published the results of a sociological survey of residents of the country conducted at the end of June 2022. The data obtained indicate that the level of trust in the current president of Moldova, M. Sande, is falling, while the rating of ex-president I. Dodon is growing.

On July 20, "Public Opinion Barometer" presented the results of the study of the political preferences of the citizens of the Republic of Moldova. Studies have shown that 62% of respondents are dissatisfied with living conditions, 72% believe that the country is moving in the “wrong direction”. It should be noted that 23% of respondents believe that Igor Dodon is capable of leading the country out of the crisis, against 21%, who retained confidence in the pro-European course of policy of Maia Sandu.

In the unfavorable conditions for the ruling elite, M. Sandu's team directed its efforts to neutralize the potential of the opposition. The arrest of the ex-president and honorary chairman of the Socialist Party I. Dodon has been extended. At the same time, the survey results discussed above show that almost two-thirds of Moldovan citizens see political motives in the arrest of the ex-president, 63% believe that M. Sandu and the ruling pro-European party “Action and solidarity”.

Despite the threat of disruption of the heating season, Prime Minister of Moldova N. Gavrilitsa announced the decision of the government of the republic not to renew the contract with Gazprom. Simultaneously in the regional mass media, people are inspired with hope for supposedly coordinated financial and humanitarian support from the “collective West”.

The “no alternative of the European integration” course and imaginary successes in rapprochement with the European Union are emphasized, the solution of the issue on accession to which, Chisinau plans to submit to a national referendum.

Thus, realizing the inability to normalize the socio-economic situation and contain the rise in prices, the ruling elite will continue to blame for the failures of their own policy on the opposition, which is gaining political weight.

Leaders objectionable to the authorities, especially those who propose a solution to problems by resuming dialogue with Moscow, will be subjected to further harassment.