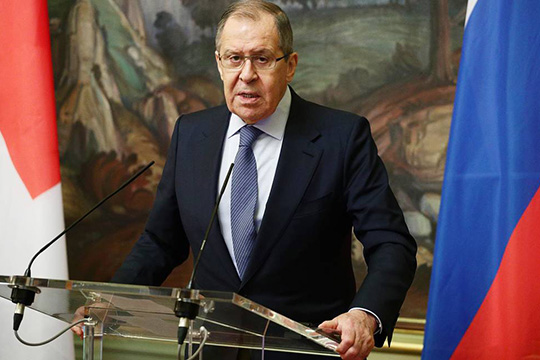 The foreign minister emphasized that Moscow will continue to oppose any attempts to falsify history, glorify the Nazi criminals and their accomplices and revise the internationally recognized results of the Second World War.

Some European countries have demonstrated a weakened "immunity" to Nazism, Russian Foreign Minister Sergey Lavrov stated in a video address to the participants of the Lessons of Nuremberg international forum on Friday. Among them were invited experts from European countries, who came to Moscow under the Rossotrudnichestvo program "New Generation".

The top diplomat noted that the heritage of the Nuremberg trials has an enormous political, moral and educational significance. "75 years ago a potent vaccine was administered to prevent the revival of Nazism in any form and shape.Unfortunately, the immunity to Fascism, developed in Nuremberg, has decreased significantly in some European countries," he stated.

The foreign minister emphasized that Russia would continue to consistently oppose any attempts to falsify history, glorify any Nazi war criminals and their collaborators, and vowed to fight any revision of the internationally recognized results of the Second World War. He pointed out that the vast majority of members of the global community stand together with Moscow on this issue.

The Russian side will continue to defend the values underlying the Nuremberg Charter, the UN Charter and the entire modern world order, the top diplomat added. "A special ceremonial meeting of the UN General Assembly dedicated to the 75th anniversary of the end of the Second World War which will be held on December 1 in accordance with the resolution of the General Assembly recently approved by consensus on the Russian initiative will become a milestone," he concluded.