Some political forces intend to revise the USA national history 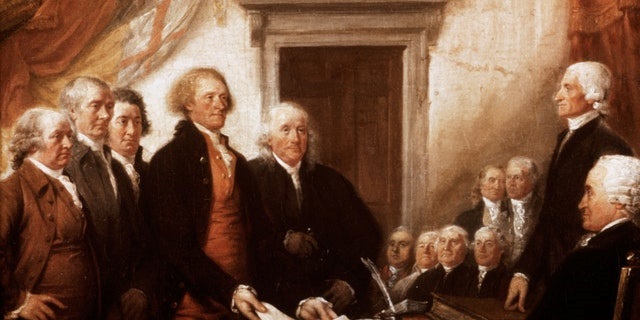 Some political forces and activists intend to revise the national history. They demand to cancel the Declaration of Independence 1876 in the United States.

“The New York Times” journalist’s ‘1619 Project’, which rewrites America’s founding as based on slavery in 1619 and not liberty in 1776, has been taught in public schools across the country. According to ‘1619 Project’ creator Nikole Hannah-Jones says, “It will always be hard” for her “to show any kind of patriotism towards America,” - informs ‘Fox News’.

Hannah-Jones made her comments during a forum at Howard University on democracy (photo – centre). The event, organized by Howard, the Pulitzer Center and Penguin Random House, also saw her dismiss the Declaration of Independence as "not" a liberty document. 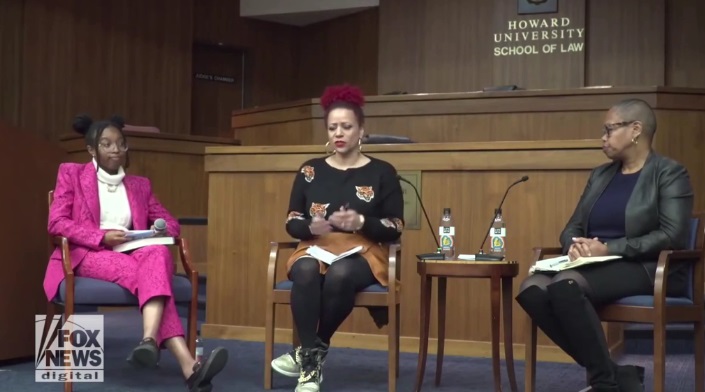 Talking to Howard University constitutional law professor Lisa Crooms-Robinson, Hannah-Jones equivocated on a personal view of patriotism. At first, she stated, "This country would not be a democracy without us [Black people]. We would not have the freedoms that you have without Black people… So, yes, I believe in the patriotism that says we… force [America] to live up to its highest ideals."

But then she added, "It’s hard for me, it will always be hard for me to claim any sort of patriotism. Just as a Black person who descends from slavery."

After quizzing the audience on who has read all of the Declaration of Independence, she cited the famous clause in the second paragraph that “all men are created equal.”

Hannah-Jones claimed, “If you just read that, you think the Declaration of Independence is a liberty document. But it's actually not. It's a document of secession.” She continued, “It's the colonists, the White colonists, laying out the crimes that they believe the British have committed against them.”

During the talk, Hannah-Jones highlighted the groups of people who were not included as full citizens at the country’s founding. The way the ‘1619 Project’ founder looks at it, “It's not until 1965, when we passed the Voting Rights Act… that we get a semblance of true democracy… So, democracy in this country is really only 60 years old.”

Very interesting – where America will find itself in an end of this process?