Soon there will be 8 billion inhabitants of the Earth 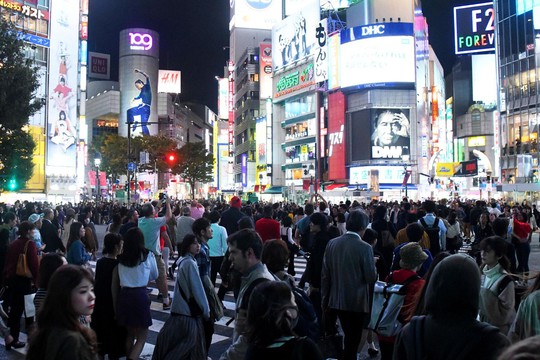 According to the UN, in November 2022, the world's population will reach 8 billion people. But the growth rate is slowing down. This was told by the director of the UN World Population Division John John R. Wilmoth in the Bulgarian Radio program.

The birth of the 8 billion inhabitant of our planet will be proof of the progress of mankind as well as another signal that global challenges are urgent. This is stated in the annual report of the UN Department of Economic and Social Affairs.

The world is going through a demographic transition to a longer life and smaller families. In general, the population is aging. Different countries are at different stages of this process. In Europe and North America it has completed around 1950. Asia and Latin America went through this stage in the second half of the twentieth century and in recent decades. The population of Africa continues to increase.

Next year, India, not China, will be the most populous country in the world. According to the UN report, in the coming decades, most children will be born in the Democratic Republic of the Congo, Egypt, Ethiopia, India, Nigeria, Pakistan, the Philippines and Tanzania.

By the middle of the century, Bulgaria, Latvia, Lithuania, Serbia and Ukraine will lose more than 20 percent of their population.

Migration has become a major driver of population growth in high-income countries.

"People are afraid that the population will grow to such an extent that there will be problems with nutrition. For the past 50 years, there has been no problem growing enough food to feed the whole world. The problem is in the distribution of food. This is hindered by conflicts, wars, market turmoil – there is food, it is available, but people do not have money, they are too poor to buy it."

In 1974  there were 4 billion inhabitants of the Earth.

In 2022, there will be 8 billion inhabitants of the Earth.

"Population growth is due to a decrease in mortality. Since we have learned to live longer, population growth is a sign of success. This means that by trying to improve the quality of people's lives, we are doing something right. The growth rate has been declining for five decades, the global birth rate has been falling and continues to decline, and in another five to six decades it will reach zero. The population will stop growing and may even begin to decline," says John Wilmoth.