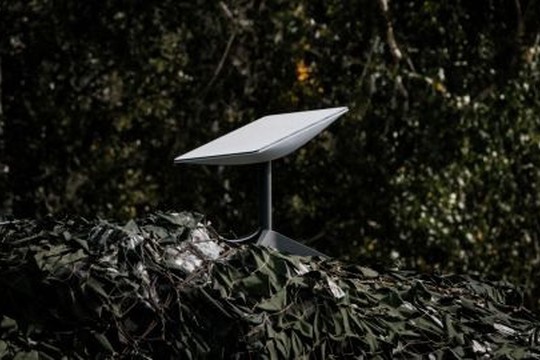 This photograph taken on September 25 shows an antenna of the Starlink satellite-based broadband system donated by US tech billionaire Elon Musk in Izyum, Kharkiv region of Ukraine.
AFP/Getty Images

Ukraine’s fears that its troops  may lose access to Elon Musk’s crucial Starlink internet service deepened after 1,300 of the military’s satellite units went offline, according to two sources familiar with the outage.

The small, easy-to-use satellite dishes (photo) made by Musk’s private rocket company SpaceX have been universally hailed as a game-changing source of communication for Ukraine’s military, allowing it to fight and stay online even as cellular phone and internet networks have been destroyed in its war with Russia.

But concerns have risen recently over the dependability of SpaceX after discussions about funding were revealed and outages were reported near the frontlines.

CNN reported that SpaceX sent a letter in September to the Pentagon claiming it had spent almost $100 million funding Starlink in Ukraine and that it could no longer continue to do so. The letter requested that the Defense Department  take over more of the funding  for Ukraine’s military, which it calculated would run tens of millions of dollars a month.

Neither Musk nor SpaceX responded to a request for comment. The Ukrainian government, including the Ministry of Defense, did not respond.

The recent outage started on October 24 and was described by one person briefed on the situation as a “huge problem” for Ukraine’s military. The terminals had been disconnected, this person said, due to a lack of funding.

The outage affected a block of 1,300 terminals that Ukraine purchased from a British company in March and were used for combat-related operations.

SpaceX was charging Ukraine’s military $2,500 a month to keep each of the 1,300 units connected, pushing the total cost to almost $20 million by September, the person briefed on the matter said. Eventually, they could no longer afford to pay, the person said.

Before the terminals went completely dark, Ukraine’s Ministry of Defense made a request in early October to their British counterparts to pick up the $3.25 million monthly bill.

A British official said after discussions between the ministries “it was agreed there were higher priority military capabilities.”

“We support a number of terminals that have a direct tactical utility for Ukraine’s military in repelling Russia’s invasion,” the British official told CNN.

The September letter from SpaceX to the Pentagon said there were almost 20,000 Starlink terminals in Ukraine. At that time, by SpaceX’s own admission, the majority of them were fully or partially purchased with outside funding, including from the US, Polish and UK governments. The letter claimed those sources paid for about 30% of the monthly connectivity bill as well.

“We continue to discuss Ukraine’s satellite communication needs with Ukraine and companies like SpaceX and others,” Brigadier General Patrick Ryder told reporters.

Whether greater cooperation with SpaceX would give the US government stronger control over the Starlink signal in Ukraine has not been answered.