Stevan Gajić: events in Montenegro are not a matter for Serbs alone 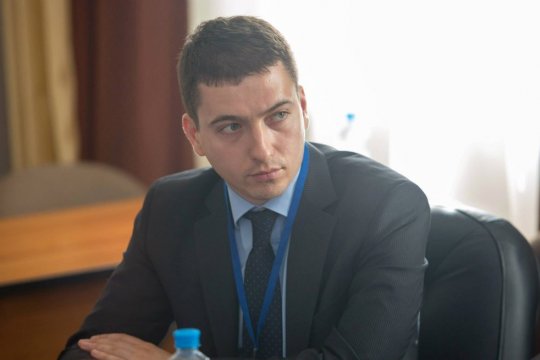 Relations between the Russian Federation and Montenegro are at low ebb with the former Yugoslav republic now finding itself in the most non-constructive segment of the North Atlantic alliance, together with Poland and the Baltic countries. The two countries disagree on various things, but the main points of contention are non-recognition of Crimea, the status of Kosovo, Montenegro's support for anti-Russian sanctions and the expulsion of Russian diplomats in connection with the Skripal affair.

When it comes to Montenegro, however, this primarily comes down to those in power in Podgorica, rather than ordinary Montenegrins, who have been rallying in the streets for three months now protesting against the adoption of the new law on religious freedom, which could eventually make the Montenegrin Church independent from the Serbian Orthodox Church.

Stevan Gajić, political scientist, researcher at the Institute of European Studies in Belgrade, and a visiting professor at MGIMO, shared his opinion on religion, prospects for the development of relations between Montenegro and Russia, and the coronavirus pandemic.

Most recently, the Montenegrin authorities refused to issue a permit for Russia to move out its nationals stranded in Montenegro amid the outbreak of the COVID-19 pandemic. How can you explain this?

I can explain this by the fact that the Montenegrin authorities feel threatened by their own citizens who take part in religious processions – litias, protesting against the law, cynically titled “Freedom of Religion Law.” The regime is literally crumbling now that, in a country of about 600,000 people, on certain days more than 300,000 took to the streets. Just like it was in 2016, when the Democratic Party of Socialists (DPS), fearing to lose their majority in parliament, used the issue of the alleged “Russian threat” in a bid to influence election results. That’s how they invented the story about the "Russian coup," thus winning big kudos from NATO. Hoping to replay that very same scenario that has never materialized, the Montenegrin authorities tried to provoke a confrontation in order to spite Russia and win NATO’s support by making a small contribution to the fight against the “hybrid war,” which Russia is allegedly waging in the Balkans. That’s the whole story.

I think Russia could learn a very good lesson from this, as it clearly shows that the policy it pursued in relations with Montenegro 15 years ago was   wrong. Including the fact that Russia did not oppose Montenegro’s decision to end its union with Serbia, thanks to the “good” work done by people like, for example, Foreign Minister Milan Roćen, who, I believe, took this position right after the referendum on the independence of Montenegro, held in May 2006. They do not talk about this in Russia, but before he became foreign minister, Roćen served as the ambassador of the State Union of Serbia and Montenegro to Russia.

I don’t think this is a trifle – no, it’s is a very important point, because, as a result, Moscow did not object to [Montenegro’s] breakaway, not realizing that if Montenegro loses its Serbian character, then sooner or later it will turn anti-Russian. The same with Ukraine. If Ukraine loses its Russian character, it will turn against itself and the source of its own identity. I wish Russian federal television provided more adequate coverage of the religious processions in Montenegro. After all, this is not a matter for Serbs alone.

I would also like to note that in the wake of the recent events in Montenegro, the Serbian identity began to manifest itself again: people simply come out with Serbian tricolors, which are systematically rejected by the authorities, just like the Cyrillic alphabet. More recently, the authorities have been trying to seize the property of the Serbian Orthodox Church, rename it and create a new church, just like they did in Ukraine. This provision even made its way into the program of the party led by [President] Milo Djukanovic, who, by the way, calls himself an atheist and, I quote, wants to restore Montenegro’s “own” church. This was their mistake, because they got exactly the opposite. Even people in the traffic police, in law enforcement and the army were against this and took to the streets to protest against this law.

Amid the spread of the coronavirus infection, all public events in Montenegro have been suspended since March 16, including litias (church services). How can the pandemic affect the domestic political situation in the country?

The pandemic has temporarily suspended litias, but essentially, this will not change anything. People won’t forget what happened at the end of 2019. It’s a miracle that anyone in the country who was able to walk, took to the streets to voice their disagreement. The powers-that-be have completely lost their legitimacy. Essentially, this is power without power. Formally, they still retain their positions, but Milo Djukanovic may lose his power and the system will crumble. This is one of the changes the world will see happening once this pandemic is over.

In December 2019, the Montenegrin parliament passed the Law on Religious Freedom, which raised an angry wave of public protests both inside Montenegro and in the neighboring countries. For three months, people took part in the so-called litias (church services) protesting against the schism and the transfer of over 650 shrines belonging to the Serbian Orthodox Church to the "Montenegrin Church." Why is the self-proclamation of autocephaly of the church so important for Montenegro? What are the consequences of such a split for the entire Orthodox world?

Litia strengthened the Orthodox world. Using church terminology, Milo Djukanovic, by God’s connivance, contributed to an Orthodox renaissance, the renewal of the church. This is the only such thing happening not within the Orthodox world alone, but also in the entire Christendom. I think that there will be no split, unlike in Ukraine, where the schismatics have their own infrastructure and organization, while in Montenegro there are only 10 members of the Montenegrin Orthodox Church. This is nothing, it’s just a farce.  Moreover, this contributes to the resumption of Orthodoxy as a whole, and especially among the Serbs, since these litias had their impact on Serbia, Republika Srpska, and Macedonia. Even in Croatia, where the Serbs survived two genocides (during WWII and ethnic cleansings of the 1990s), people joined religious processes in the city of Vukovar. I see this as a very positive thing, one can even be grateful to Milan Djukanovic, whose attempts to implement this law inadvertently revived the sense of Serbian identity in Montenegro. And, oddly enough, [the sense of “Serbian” identity] is now the strongest in Montenegro. Just five months ago, no one could believe this. However, what man can’t do, God can.

What is Russia’s position on this issue?

Russia's position on this issue is too restrained. I think that Russia could be much more active, because this situation has a direct bearing on it, especially given the Montenegrin regime’s hostility towards Russia and the accusations it levelled against Moscow in 2016. Therefore, I believe that Russia should give more coverage to the situation, pay more attention  to the events in Montenegro, because it directly concerns its interests. Not interests as such, but this concerns Russia anyway. The Montenegrin authorities realize that while restoring their Serbian identity the Montenegrins are simultaneously restoring their love for Russia, because Serbian identity and positive feelings for Russia are closely intertwined, especially in Montenegro, which is part and parcel of the Serbian people. That is why I think that Russia should give more media coverage of this, if not take a more active position on this issue.

Given the current state of relations between Russia and Montenegro, can we expect any warming here? Can we someday be able to talk about a change in Montenegro’s policy towards Russia?

The only way to restore relations between Montenegro and Russia is to bring back Montenegro’s Serbian character and make corresponding changes in the country’s echelons of power - this is a must-do step. Secondly, Montenegro needs to get out of NATO, because this is what the vast majority of its people want. But this should be done in a smart way, or maybe we should wait for other situations, because NATO already finds itself in a very difficult situation. Donald Trump is actively fighting the Deep State, which also includes NATO. They are sabotaging each other: the Deep State and NATO are sabotaging Trump, and he is sabotaging them. Especially if you look at this game in terms of percentages, when Trump demands that the other [NATO] states spend at least 2 percent of their GDP for their common defense, because the United States is not going to finance NATO all by itself. This means that NATO is like an obsolete relic of the Cold War and the Bretton Woods economic system of globalism, which will fall apart with the virus. This is becoming more and more clear. NATO in this present form may cease to exist. This is a chance for Montenegro and eventually for broader Serbian integration in the Balkans. And this is a great chance for Russia. With different political elites in Montenegro, the situation may take a turn for the better.