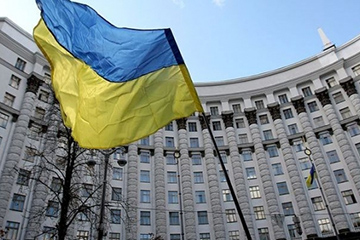 Recent weeks brought up one of the hottest topics for discussion within the decades, especially in the West – the crisis over Ukraine. Hundreds if not thousands of articles that analyze the whole situation around this Eastern European country have been published. The vast majority of those analyses is concentrated on Russian aggression (invasion, occupation) against Ukraine, on condemnation of whatever Russia is doing or is planning to do, and on how grave is this challenge to the international order.

Rhetoric which the majority of the Western governments and media utilize in the analysis of the events does not contribute to the improvement of the situation around Ukraine. It rather escalates the division within the Ukraine and between two neighboring brotherly countries. Undoubtedly there is Russian media which is also using provocative rhetoric in response to that of the West, but it objectively cannot compete with its counterparts in the West in terms of audience, experience and outreach. This imposes a certain degree of responsibility on the Western media for the information which it is disseminating. Drawing the one-sided picture of the occurring events sends the wrong signal to the people of Ukraine and Russia threatening the crisis to be escalated.

Although discussions and speculations over morality, ethics and international law are essential for the Western world (albeit in a very selective way), they neither help to soberly analyze the situation nor help to find a way out of the crisis.

Speculations about a new Cold War with the West, the gravest challenge to the European and international order, Russian hegemonic plans – can only contribute to further destabilization of the situation and promotion of the Cold War-style thinking. The use of such narrative is perceived at least with a certain degree of irony, especially by those in the globe who have already experienced unstoppable imposition of will and action of the world’s only superpower. It is important not to bog down in hypocrisy and accusations of one another for doing what each have already done.

In this regard it is essential not to fall into unnecessary verbiage and hysteria that can spark further misinterpretations and escalation but to analyze this crisis in a realist manner with the cool heads. Apparently those cool heads are missing in both sides of Atlantic letting the situation be over-dramatized and exploited by all parties of the conflict which can definitely end up with disastrous consequences.

Very often the Ukrainian issue is posed as a confrontation between Eastern and Western parts of the country and on a bigger scale – whether Ukraine chooses the East (Russia) or the West (European Union). Posing the issue this way can only cause deterioration of the crisis and even its shift onto the global level of “Russia – West” confrontation from which no one will benefit. Speculating on East-West confrontation in general and in particular within Ukraine would only eliminate any prospect to find a solution to the crisis and to bring Russia and West into a mutually beneficial cooperation.

Perspective matters. To understand different perspective is an important and right thing to do. That is what the parties of this conflict are missing. Refusing to understand an opponent`s perspective strikes back any state which uses this approach. This is exactly what the United States and Russia are doing worst of all – understanding perspectives of each other.

Following the basic logic of realpolitik Russia’s behavior becomes understandable and logical. It is not a secret to anyone that Ukraine and all other countries of the former Soviet Union comprise Russia’s traditional sphere of interest and if something threatening happens in those countries Russia automatically perceives it as a threat and acts accordingly. The things become especially sensitive when West is deeply involved in the issue. The latest example of that is Russia-Georgia war of 2008. There should be no surprise that a country is concerned about stability of its immediate neighbors.

After the collapse of the Soviet Union, the whole system of international relations changed introducing new trends and challenges. NATO eastward expansion became one of the most disturbing trends for Russia and turned out to be the eternal cause of friction with the United States. A possibility that Ukraine can become a NATO member threatens Russia most of all because it would have far going consequences for the country`s national security. Considering that the only Russian naval base in warm waters is located on the Ukrainian territory in Crimea a prospect to lose it with the government change in Ukraine is unacceptable for Moscow. Taking into account the tone of the current Ukrainian government it becomes quite possible that it can easily breach all the treaties with Russia including one of 1997 about the Russian Black Sea navy base.

Empty threats that the US and some Western government think can change Russian behavior are not helpful at all. The world is in change and such rhetoric does not work. The only way which can open up the prospect of stabilizing the situation is to abandon the use of Cold War-style rhetoric. This will help both the West and Russia to understand each other perspectives come to the win-win solution from which everyone will benefit. Understanding of each other perspectives means understanding of each other interests that have to be acknowledged and respected by the parties. Given that the West and Russia should make mutual concessions: Russia should respect territorial integrity of Ukraine and the West should acknowledge Russia`s security and economic interests in Ukraine and stop imposing its will on Russia`s neighbors.

But to make this happen one main condition has to be in place – cool heads should prevail.