Such strange anti-Russian sanctions in Europe 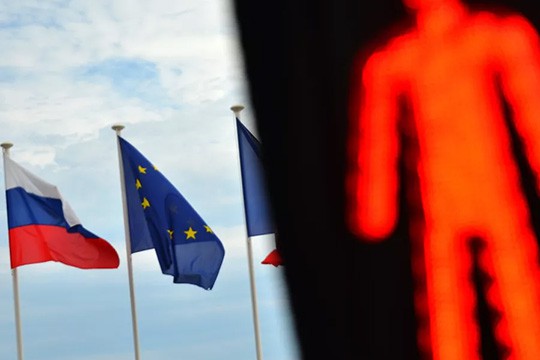 Despite the fact that Europe has imposed sanctions against Russia from hell, Russian oil continues to flow there in increasing volumes, and sanctions do not affect this. «The Economist» magazine describes this paradoxical situation in an article «Russia is pumping more oil to Europe than it was before the war».

The EU’s ban on Russian oil, agreed on May 30th, is off to an unpromising start. Since Russia invaded Ukraine in February, the amount of its oil pumped into the bloc has been increasing, writes «The Economist». It rose by 14% between January and April, from 750,000 to 857,000 barrels per day, according to Argus Media, a publisher. The embargo applies only to seaborne crude and petroleum products, for now covering just 75% of imports from Russia. Oil supplied by pipeline to a handful of countries in central and eastern Europe is temporarily exempt — a concession to Hungary, which had been blocking the agreement. Refiners in these countries are snapping up cheap Russian crude that most Western buyers are shunning.

The “Druzhba” pipeline (Russian for “friendship”) supplies refineries in the Czech Republic, Germany, Hungary, Poland and Slovakia. Germany and Poland, the two biggest recipients, have agreed to turn off the taps by the end of the year. The embargo will then cover about 90% of Russian oil. It is unclear when the remainder will be cut off. The other recipients, all landlocked countries, say it would be costly and difficult to switch to other sources of crude. Slovakia relied on Russia for 92% of its oil in November 2021; Hungary gets 65% of its oil from Russia. Both import nearly all of it through Druzhba.

Germany, the pipeline’s main beneficiary, is the only one of these countries to have reduced imports since the outbreak of war in Ukraine. In January it received half of the Druzhba oil; by April, just a third. Hungary and Poland — despite its pledge to wind down Russian imports — have gone in the other direction. There is little financial incentive for refiners to ditch Russian supply. Urals crude is trading considerably below Brent, the international benchmark. Refiners importing through the pipeline bought it at a discount of up to $40 per barrel compared with North Sea oil last month, according to Argus Media.

That means governments will drag their heels. The Czech Republic and Slovakia say they back an eventual ban on imports through Druzhba, but want a two- to three-year adjustment period. Hungary is an even bigger obstacle. “Mol Group”, a Hungarian oil and gas company, had previously said it could replace Russian oil by leaning on a pipeline from Croatia. It now says it will take four years to build the necessary infrastructure. Hungary’s prime minister, Viktor Orban, seems unlikely to drop his opposition to a full ban on Russian oil imports. He claims that would drop an “atomic bomb” on his country’s economy. EU leaders insist that the Druzhba exemption will be revisited. In the meantime, the pipeline looks set to test European friendships.

Such strange sanctions in Europe.