Surrender of Japan: the end of World War II 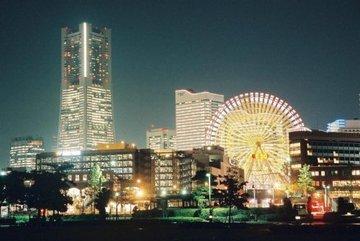 Today marks the 65th anniversary since the end of World War II. On 14 August, 1945, Emperor Hirohito issued the Imperial Rescript of Surrender announcing that Japan accepted the terms set down in the Potsdam Declaration. On 15 August the country’s Foreign Ministry sent a telegram to its envoy in Switzerland asking him to inform the governments of the United States, the Soviet Union, Great Britain and China on the decision made by the Japanese Emperor. At the time the Japanese troops started to surrender, though more than two weeks remained before the Japanese Instrument of Surrender was signed on board USS Missouri battleship on 2 September.

Fights went on mainly on the Soviet-Japanese front. “The fate of Imperial Japan is being decided in Manchuria”, General Okamura, Commander-in-Chief of the Japanese Army, wrote on 12 August. But on 17 August, Emperor Hirohito issued an imperial edict bringing the war to a close. The edict said: “Now that Russia has joined the war, we see it wrong to continue fighting for it might bring new sufferings to our country and undermine the foundations of the empire”.

Not the bombings of Hiroshima and Nagasaki but participation of the Soviet Army in the war was the main reason for Japan to stop fighting. According to estimates released by the allies, without the Soviet participation the war could have lasted for another 1,5-2 years, taking the lives of about 1 million American and 0,5 million British soldiers, as well as more than 10 million Japanese lives.

Both Moscow and Tokyo understood that the U.S. atomic bombing of Hiroshima and Nagasaki was first of all addressed to the Soviet Union, to show who was a true ruler in the postwar world.

The surrender ceremony was held on September 2 aboard the U.S. Missouri battleship in Tokyo Bay.

The end of World War II has not been widely marked in Japan. Many people, mostly veterans and samurai followers, still cannot accept the defeat and abstain from attending official ceremonies. The Japanese ultra-nationalists, for example, the former head of Japan’s air force, Tosio Tamogami, talk about a possibility for Japan to have its own nuclear bomb. Mr. Tamogami`s hostile remarks get feedback from the influential Nippon Kaigi conservative think tank, its members lobbying for removal of ‘peace articles’ from the Japanese Constitution.

Officially, Japan still claims the so-called ‘northern territories’: the islands of Iturup, Kunashir, Shikotan and Habomai, occupied by the Soviet Union following the signing of the joint Japanese-Soviet Declaration in Moscow in October 1956.

China and other countries of Eastern and South-Eastern Asia are concerned with vehement statements of the Japanese ultra politicians. In these countries people remember how Japan laid down arms before the US army but the Japanese troops continued to use force against the people on the occupied territories where the movement of liberation had begun. After the beginning of the national uprising in Annam and when the movement for independence in Indonesia became more intense the Japanese troops fought against the insurgents on the side of the British and French armies. For example, on the island of Sumatra the Japanese units fought together with Brits against the Indonesian army. The same was the case in the central and eastern parts of the island of Java. The Japanese soldiers continued to fight in Indonesia until mid July 1946.

Americans, Brits, Frenchmen and Dutchmen turned a blind eye on all these post war “wonders” which cost ten thousands of new casualties to Indonesia and China.

The surrender of Japan drew down the curtain of the Second World War. The large-scale battles in the air, on land and sea which continued for 7 years in Europe, North Africa, the Asian-Pacific region ended in the Far East. Humanity paid huge price for the war. The losses of all armies which took part in the war totaled 24.5 million people while the losses among peaceful population were about 50 million people. The Soviet Union lost about 27 million people in the war including about 8.7 million servicemen.

Marking the 65th anniversary of the victory in the Second World War we should remember that nowadays in the time of bipolar world the statements about “the living space” are heard not only the West but also in the East. The current financial economic crisis may become messenger of new global aftershocks.

www.fondsk.ru
By Topic:
Hiroshima and Modernity