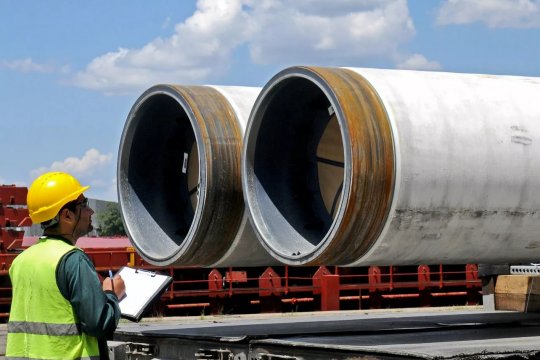 Turkey was among the first world nations to recognize the State of Israel, and for a long time Ankara and Tel Aviv maintained a close economic and military partnership. However, since Recep Tayyip Erdogan became prime minister in 2003 and cast himself as the sole guardian of Palestinian statehood, relations between the two countries have been going downhill.

Important milestones along this downward path were Israel’s Operation Cast Lead in Gaza (late 2008 - early 2009); Erdogan's demonstrative squabble with Israeli President Shimon Peres at the World Economic Forum in Davos (2009); Israeli Navy’s seizure of the Turkish ship Mavi Marmara, which was attempting to break through the Israeli blockade of Gaza to bring aid to the Palestinian enclave (2010); the US embassy move from Tel Aviv to Jerusalem, which resulted in a clampdown on Palestinian protests (2018) and, finally, the so-called “deal of the century” unveiled by President Donald Trump in January, and its planned implementation by Israel in the near future.

Erdogan even accused Israel of state terrorism: “We are dealing with terrorists, but terrorists are not your problem, because you are a terrorist state yourselves. History is recording what you as a terrorist state have done in Gaza and Jerusalem.” [i]

Last year, Turkey accused Israel (and France, but for some reason not the US!) of trying to create a Kurdish state in Syria built upon the "People’s Defense Units" and the Kurdistan Workers Party.

Israel lashes back with equally harsh rhetoric, coupled with appropriate foreign policy moves. This has already led to a rapprochement with Greece and Cyprus (the IDF even conducts joint exercises with the Cypriot military), and mending fences with Turkey’s other regional rivals: Saudi Arabia and the United Arab Emirates.

In an October 2019 tweet condemning a new Turkish military operation in Syria, Israeli Prime Minister Benjamin Netanyahu said that “Israel is prepared to extend humanitarian assistance to the gallant Kurdish people.”  In January 2020, the Israeli Ministry of Defense put Turkey on its list of threats to the Jewish State. “A rapprochement with Hamas, vocal insults against Egypt and the Gulf kingdoms (Turkey recently accused them of betrayal for their failure to condemn Trump’s Middle East peace plan) lead to an even greater isolation of Ankara. Today, Turkey has just a handful of friends in the Middle East: Qatar, Iran and Hamas,” the newspaper Haaretz wrote with satisfaction. [ii]

Turkey has designated Israel as an adversary in a bid to ramp up its prestige in the region. It looks like this geopolitical game has backfired though, as Israel has been normalizing relations with the pro-US regimes of several Arab countries, which Tel Aviv now values more than having good relations with Turkey, which, unlike the Gulf monarchies, is for various reasons unable to create any problems for the Jewish state. And yet…

The coronavirus pandemic has already added some changes to this picture though. Last April, Turkey “for humanitarian reasons” sent Israel, albeit on a commercial basis, a large batch of facemasks, protective overalls and disposable gloves. A month later, Israel returned the favor by dispatching to Istanbul an El Al cargo plane (the first El Al flight to Turkey in a decade), loaded with medical supplies and equipment.

A warming of relations between countries may not be limited to such moves, and natural gas will be of great help in establishing long-term cooperation between them (!!!). Industrial-scale reserves of natural gas were discovered in Israel’s exclusive economic zone between 2009 and 2013, and in March 2017, it started exporting gas to Jordan. President Erdogan has long been trying to turn his country into an energy hub for Europe. Turkey has no hydrocarbon reserves of its own, then why not take control of such reserves elsewhere? So Turkey decided to build a pipeline to pipe Russian, Azeri, Iranian, Turkmen, and Kazakh gas to the West. And also to Israel.

Only recently, the London-based online news outlet, Middle East Eye (MEE), reported that Israel intended to fully restore diplomatic relations with Ankara due to shared interests, which, according to MEE, included the situation in Syria and natural gas transportation. Moreover, according to some Israeli and Turkish media outlets, the two countries are negotiating the demarcation of zones of their economic interests in the Eastern Mediterranean, and the construction of a gas pipeline. TRT World, a Turkish state international TV news channel,emphasized that Israel refused to sign up to a declaration condemning Turkey’s actions in Libya, already signed by Greece, Egypt, Cyprus, the United Arab Emirates and France. And the newspaper Turkish Daily News openly recognized Ankara’s interest in the new gas pipeline.

This issue is not new. Back in July 2017, Israel and Turkey agreed to build a pipeline connecting the two countries. Simultaneously, Israel was holding similar talks with Cyprus, Greece and Italy. Israel eventually opted for the second route. Notably, many experts in Israel itself view this agreement as a PR stunt. They argue that the project is unreasonably expensive, technically very complex, and also that Italy has not yet officially confirmed its participation in it. [iii]

In addition, Turkey is doing and will obviously continue doing everything in its power to make sure that this pipeline is never built. Erdogan has already said that “no project in the Mediterranean can survive either economically, legally, or diplomatically without Turkey.” [iv]

This is not just an empty threat: Turkish warships are already cruising off the coast of Cyprus and forcing other countries’ research and geological exploration vessels out of the area.  The Turkish president made a significant reservation here saying that Ankara is interested in negotiations with any country except Cyprus, which means also with Israel.

Idealistic as their political rhetoric may be, in their foreign policy Israel and Turkey are guided by the principles of Realpolitik, since the Jews are just as pragmatic as the Turks. This is proved by the fact that Israel is now getting most of its oil imports from Azerbaijan via Turkish territory. Besides, Turkey happens to be quite chummy with Iraqi Kurdistan, even though it portrays itself as the center of the Kurdish movement in the entire region. Under the circumstances, the sheer fact that Erbil is at loggerheads with the Kurdistan Workers Party, active in Turkey, and its allies in Syria is enough reason for Ankara to maintain good relations with the leaders of Iraqi Kurdistan.

Also noteworthy is Israel’s restrained position, more restrained that even that of Ankara’s NATO allies, regarding such highly sensitive issues as the  Turkish occupation of the northern part of Cyprus and recognition of the genocide of Armenians in the Ottoman Empire.

Getting back to the subject of Jewish and Turkish pragmatism, laying a hypothetical gas pipeline along the coast of Syria or in its territorial waters will be much cheaper than the deep-water route and will be easier both technically and politically. Unreal? Well, the East is a riddle, wrapped in a mystery, inside an enigma, and highly unpredictable to boot. The choice of such a route promises considerable economic benefits to all project participants. Even more importantly, if implemented, it will lead to a dramatic change inside the Ankara-Damascus-Jerusalem triangle and in the geopolitical configuration of the better part of the Middle East.

True, the Syrian leadership considers Israel and Turkey as hostile states, but it should have in mind the fact that such a project would bring Syria back into the system of international relations and help attract investments vital for the country’s economic reconstruction. Even Iran will have to accept such a prospect as a given, if it really wants to see the revival of Syria.

According to President Bashar Assad, the Syrian crisis was inspired from the outside in order to prevent the construction an Iranian oil pipeline running across Syrian territory. The construction of a new gas pipeline could be a giant step towards resolving the situation.

By the way, this should also suit the United States in many ways: on the one hand, Israel remains America’s main strategic ally in the Middle East. On the other, the Americans are interested in normalizing relations with Turkey, which has turned into a leading regional power. As recently as this past March, US Secretary of State Mike Pompeo emphasized that improving relations with Israel is beneficial to all countries in the region and is even the main factor of their prosperity. Undoubtedly, Ankara was among the countries this message was addressed to.

Russia should become the moderator of negotiations between Ankara, Damascus and Jerusalem and, therefore, reap the political dividends, considering the level and nature of its relations with all participants of what may presently look like a hypothetical project. There is simply no one else out there fit for the job.