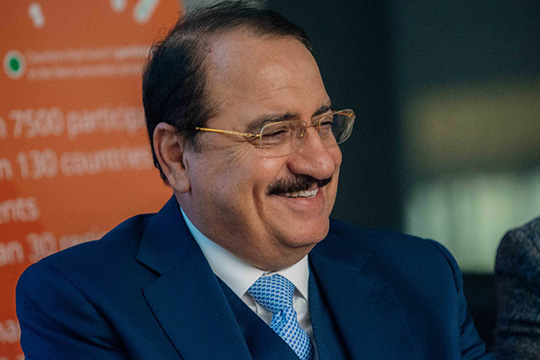 “The existing difficult situation in our country is being aggravated by the coronavirus and unreasonable sanctions by Western states. In these conditions, we see the importance of organizing such events, ”Riad Haddad, Ambassador Extraordinary and Plenipotentiary of the Syrian Arab Republic to Russia, said at the meeting with young Syrian doctors which was held on October 13 in Moscow.

He also expressed gratitude to the Russian Federation for its assistance and support in this difficult period for Syria, especially noting the fact that medical staff is highly demanded because of constant terrorist attacks in Syria.

A delegation of 25 young epidemiologists, military doctors and medical workers of other fields arrived in Russia on a referral from the Syrian Ministry of Health to participate in the Russian-Syrian Forum “Medicine without Borders”, which is organized by the Rossotrudnichestvo agency with the support of the Russian-Syrian Business Council and the Embassy of the Syrian Arab Republic in Moscow.

The Forum takes place on October 12-18 and includes a number of official meetings, master classes, trainings and practical training seminars, as well as exchange of experience in the fight against coronavirus infection. The delegation is represented by an official group sent by the Ministry of Health of the Syrian Arab Republic within the framework of the New Generation program.