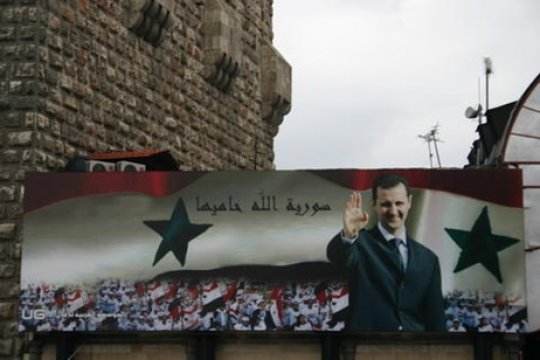 Syria’s authorities took timely measures to stop the spread of coronavirus epidemic. A statement to this effect was made by Russian Ambassador to the UN and other international organizations in Geneva Gennady Gatilov. Gatilov made it clear that the effectiveness of measures taken by the Syrian government had been confirmed by the World Health Organization. For now, Syria has reported only 59 cases of coronavirus infection and only 4 deaths.

«The situation in the region is very fragile. Coronavirus may spread to other regions, to Europe» (Ali al-Ahmed)

On the one hand, coronavirus has made everyone equal. According to Gennady Gatilov, the pandemic hits equally hard, irrespective of the commonly recognized classification of countries. On the other hand, the developed countries have a clear advantage thanks to a highly advanced healthcare system. Syria, considering the long-running crisis, has apparent problems. Аli al-Ahmed, a Syrian politician and public figure, reports that 15 thousand doctors have left Syria since the conflict started. In his estimates, this makes up 40% of all doctors in Syria. Fabrizio Carbone, a regional director for International Committee of the Red Cross operations in the Middle East and North Africa, has signaled a shortage of hospitals and qualified personnel. In addition, an effective quarantine requires an equally effective social care network, which is not the case speaking of Syria.

«Particularly vulnerable are women, people with disability, people employed in the informal sector of the economy, and other socially disadvantaged groups» (Philipp Schperri)

A large number of international humanitarian organizations are still operating in Syria, including the International Committee of Red Cross, which is running the world’s largest relief campaign in Syria. According to the head of the ICRC’s Syrian delegation Philipp Schperri, the Committee has been distributing hygienic products among 50 thousand families, handing out means of protection and disinfectants among medical personnel and workers of other humanitarian organizations. Some humanitarian operations are run by the USA. However, Gennady Gatilov criticizes the work of humanitarian organizations run by American military in the north eastern areas of the country. «Only twohospitals are functioning well in the region. Refugee camps, particularly the infamous “Al-Hawl”, are all overcrowded and nobody is doing anything to find appropriate accommodation for the refugees», — the Russian representative in the UN in Geneva said.

In addition, Gennady Gatilov argues that the United States uses humanitarian assistance as a cover to support the separatists and has been running an information campaign against the Syrian regime. In his opinion, the United States and its allies are using the pandemic, to discredit the government of Bashar al-Assad: «The Syrian authorities come under absurd accusations that they are destroying their own healthcare system». According to the  Russian diplomat, what is also thwarting Syria’s anti-epidemic efforts is the US sanctions. He pointed out a decrease in oil production and fewer opportunities for the presence of humanitarian organizations. Alexander Aksenyonok, Vice-President of the Russian International Affairs Council, has said that the US-announced lifting of the sanction regime against Syria is impracticable: «Syria has been under sanctions for 20 years. Sanctions overlap, bureaucratic procedures are confusing even for the Americans».

It is essential to understand that for Syria the pandemic is all but a phase in the ongoing crisis. Fabrizio Carbone, a regional director for the International Committee of the Red Cross operations in the Middle East and North Africa, has warned that the social and economic consequences will outstrip the medical ones. «We were helping a hundred of small businesses in order to revive the economy, but  60-70% said that if you do not give us money, we will go broke again», — he said. Аli al-Ahmed said 80% of businesses shut down in Syria during the conflict, while those that didn’t are operating at 20, or at best 30% of their initial capacity. He also spoke about catastrophic inflation: «Before the war  the dollar sold for 50 Syrian lire, now it is selling for up to 1700 … A public sector employee gets 10 dollars, before the war it was 500, or could be up to 1000».

Alexander Aksenyonok has warned that Syria, in case the coronavirus pandemic strikes it, may «face a disaster». Fabrizio Carbone has signaled deficit of investment. He said that despite the difficulties, the International Committee of the  Red Cross will continue to work, though it will not help to resolve the problem: «Being humanitarian workers, we are trying to gain more time, so that politicians could do their work». Fabrizio Carbone has urged countries to demonstrate solidarity once the vaccine has been produced, in order to share with all: «Once you share the vaccine with the enemy, you show to everyone that what you want is stability, not politization of humanitarian operations». The ICRC representative underscored the unparalleled role of Russia in the  Middle East saying that he laid hopes on Russia as a negotiator: «A lot depends on your experience, your wisdom, and  your assistance in situations not related to political issues».