T. Graziani: The anti-Russian campaign is part of that series of accompanying measures that support current geopolitical practice aimed at containing and limiting the RF 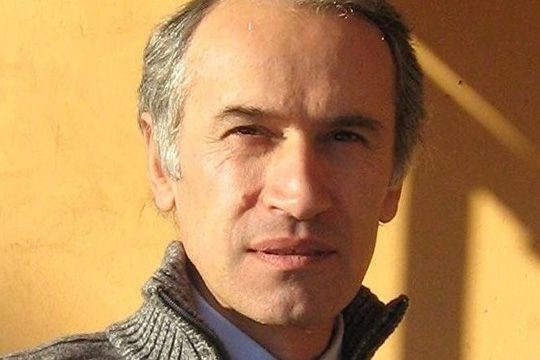 International affairs: What is Your takeaway from the talks that have just wrapped up in Geneva between Russian Foreign Minister Sergei Lavrov and his US counterpart, Anthony Blinken about security guarantees in Europe? Is Washington ready to listen to Moscow’s proposals regarding European security or, as has repeatedly been the case before, at least since the mid-1990s, things will never go beyond declarations, NATO’s ranks will continue to grow and tensions along Russia’s borders will likewise keep growing, along with anti-Russian sanctions?

Washington is ready to listen to Moscow's proposals on European security or, as has been the case several times before, at least since the mid-1990s, things will never go beyond declarations, NATO's ranks will continue to grow and also Will tensions along Russia's borders continue to grow, along with anti-Russian sanctions?

We are amid a stalemate. The positions of the Western camp, that’s, US, EU and NATO, and the Russian Federation are, at the moment, very distant and irreconcilable. The approaches are too different. In some cases even very ambiguous, permeated with a rhetoric that certainly does not facilitate the dialogue. NATO, for example, which through the words of its highest representative, Secretary General Stoltenberg, believes that the season of spheres of influence among the Great Powers has ended. I think this is an anti-historical and misleading attitude. This is denied by the facts and by the very practice of NATO which, since the dissolution of the USSR, has never stopped expanding into the East to create serious problems for not only regional but also global stability. We must not forget that there is - historically - a long-term strategy that the West, in its various historical expressions, has tried to implement against the space that today is largely presided over by the Russian Federation. We recall, for example, the attempts of Napoleon and Hitler. These attempts, it must be remembered, however, were part of an intra-European historical dynamic, that is, in a military and political confrontation between continental European nations: Napoleon's revolutionary France against the Russia of the tsars and Hitler's National Socialist Germany against Stalin's Soviet Union. In the case of German aggression, only the intervention of Great Britain and then of the United States (that is, of two globalist powers) made the clash between Berlin and Moscow a world-wide clash.

The "new" so-called West, the one that emerged from the Second World War - led by the USA - from the point of view of geopolitical analysis has adopted this type of strategy, indeed, given the geographical conditions, it uses the space of the European Union as a real bridgehead launched against the Russian Federation to hegemonize - militarily (with the excuse of a unilateral and particular interpretation of regional and global collective security), politically (with the diffusion and "export" of democratic values, but interpreted exclusively in liberal democratic version), economically (according to the hyper-liberal dictates of the global market) - the entire Eurasian mass. In the frame of such a geostrategic perspective, the so-called West (mainly the US and Great Britain) assigns Ukraine a role as a useful pawn for prodding and testing Moscow's resistance. It seems evident, given the stakes - that is the control of the Eurasian mass by the so-called West - that in Washington as in London, they do not care much about the consequences that would fall on the Ukrainian population in particular and on the populations of continental Europe as a whole.

Said that, I believe that diplomatic paths must still be pursued, despite the failures of recent weeks.

International affairs: The end of last year and the beginning of this was characterized by an anti-Russian campaign, relentlessly stoked up by the media in the United States, Britain, Canada, as well as in Germany and a number of other European countries, all accusing Moscow of allegedly preparing to attack Ukraine. Despite the complete absence of any evidence whatsoever of Russia’s evil intentions, the flow of such accusations is showing no signs of drying out. Could this mean that before very long, we should expect another spike in the armed conflict in the Donbass, and that Brussels and Washington are actually trying to embolden Kiev to launch a new offensive there?

The anti-Russian campaign is part of that series of accompanying measures that support current geopolitical practice aimed at containing and limiting the Russian Federation. The aim is to create a vast psychological climate in the Western camp capable of justifying actions against Russia, whether they are of a juridical-legal nature (such as, for example, the various bills recently advanced by some US senators against Putin (Putin Accountability Act), both military (financing of armaments for Ukraine) and political Obviously the more a generalized anti-Russian climate increases in the “West”, the more likely an isolation of the Russian Federation is, the more likely the situations of a clash.

However, I believe that it is not convenient for anyone (neither for the West nor for Moscow) a war battle. Most likely, an unprecedented season of permanent hybrid warfare has now begun, only partially comparable to the so-called cold war.

International affairs: How do You assess the political crisis that recently broke out in Kazakhstan? Could we agree with Kazakh President Kassym-Jomart Tokayev, who blames the social unrest in his country on external forces, including fundamentalist ones, or is this, first and foremost, an internal conflict?

The Kazakh political crisis is a typical example of how a national social and political crisis, which arose mainly for various endogenous causes, can evolve into a regional and even global crisis, due to the geographical position of the country in which this crisis occurred. Let's proceed in order. As regards the endogenous causes, we can say that they are mainly of three different orders: social, economic and political. Kazakhstan, in the last thirty years, has undergone a rapid and very profound economic and social transformation which, while on the one hand has favored the development of the entire nation and created the conditions for the growth of a middle class, has nevertheless, as happens in the case of transformations of this magnitude, some classes have also been impoverished and marginalized, creating a persistent malaise in some strata of the population. Parallel to the economic transformation, there has also been a transformation of a political nature, centered on the construction of the national state. This has led to a redistribution of power which has obviously also generated hopes of greater participation in the political decisions of the emerging classes, which have not always been satisfied. Finally, in recent years, the initiation of reforms, in particular those aimed at combating corruption, has helped to marginalize some power groups, which are moreover constituted according to tribal, if not precisely mafia-like logics. The set of these problems has been the terrain on which some reactions have developed over the years, which have also resulted in violent demonstrations. This fragility of Kazakhstan, made even greater by the presence of the different ethnic groups and religious confessions present in the country, has nevertheless been kept under control thanks to a firm political direction implemented over the years by President Nazarbayev and his successor Tokayev and by the pursuit of a multivectorial attitude in foreign policy. The recent crisis, however, in addition to exposing the problems associated with modernization, has also highlighted the failure of some liberal-democratic openings initiated by Nur-Sultan. The January crisis, however, compared to those that occurred in the past, immediately presented particular modalities that made us think of an external direction of the revolt. And here the causes and exogenous interests come into play. The collapse of Central Asia was hypothesized by the US strategist and political scientist Zbigniew Brzezinski, the theorist of the arches of instability. This collapse has not so far occurred thanks to the balance policy that Kazakhstan and Uzbekistan have established in the last thirty years with Russia and China. The danger of an extension of the internal conflict originating from the January uprisings aimed at regime change and making the country ungovernable with the consequence of generating a serious and catastrophic regional crisis, given the delicate geographical position of Kazakhstan, has prompted President Tokayev to ask for the intervention of the CSTO.

International affairs: People in Russia are generally pessimistic about the prospects of agreements that may be reached with the EU and the US. Could this lead to yet another conflict of interest in Eurasia between Moscow, Washington and Brussels?

All the elements that have emerged so far regarding potential agreements between the parties involved do not objectively describe an optimistic picture, nor do they lead us to think of a short-term solution. I believe we have entered a new season of relations between the so-called West and the Russian Federation, which we will have to get used to. Most likely, diplomatic talks, if they last, will only buy time that could be used by those European stakeholders who see more benefits than disadvantages in the relationship with Russia.