Tears and blood in Athens 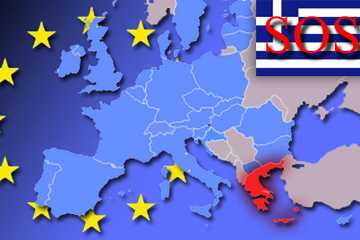 A private TV station showed a video where a fringe masked anarchist (armed with iron stick) was protected by policemen who guarded the parliament. Greek press rises significant questions for an undercover relation between police and masked rioters/ anarchists. A great Greek composer Mikis Theodorakis spoke for “agent - provocateurs of minister of Citizen Protection Christos Papoutsis”. The outrage of the media and public opinion coerced the spokesperson of greek police Ath. Kokalakis to  state that the headquarter ordered an internal investigation to examine the above accusations.

Tear gas and stun grenades fired against to peaceful protesters on metro station. The unrest started when masked rioters threw stones to the police’s units in front of  hotel “Great Britain”. In parallel the police’s forces began to hurl tears gas aiming peaceful protester.  At least 500 citizens were affected by tears gas and they had serious breathing problems. Moreover the police arrested 17 persons and the masked rioters destroyed banks, shops, hotels, kiosks, bus stops, cars and a branch of Hellenic Posts.

Greece is undergoing the most important crisis of its history and the government of Athens does not have an effective policy to bring the stabilization of economy and society. The Prime Minister George A. Papandreou had promised that “there is money” during the pro-elections campaign and he won the elections on October 2009 with 43,92% of the votes. However the first priority of the mew Prime Minister was an agreement with International Monetary Fund (IMF) under the threat of bankruptcy. The austerity measures have impoverished Greeks and the citizens criticize the governmental financial policies. According to greek media, the snap elections could become on September/ October if the instability continues to obstruct the political and social life.