Tehran and Riyadh's oil reserves would lend BRICS a stronger hand in taking on the U.S. dollar's hegemony 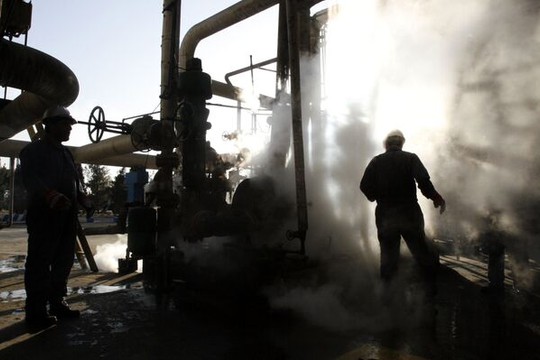 “In the East security and economy-focused blocs led by Beijing and Moscow are looking to take on new members of their own, including Iran and Saudi Arabia, two influential Middle Eastern rivals whose interest in shoring up cooperation on this new front could have a significant impact on global geopolitical balance”, - says Newsweek in an article “As NATO Grows, China and Russia Seek to Bring Iran, Saudi Arabia Into Fold”.

They say: The two bodies in question are the Shanghai Cooperation Organization (SCO – China, Russia, Kazakhstan, Kyrgyzstan, Tajikistan, India and Pakistan) and BRICS (Brazil, Russia, India China and South Africa). The SCO and the BRICS have not been established as an alternative to Western organizations and their specific function has not been defined on the basis of confrontation with the West or the existing world order, an expert says.

BRICS' multipolar approach to international affairs has proven attractive to both Iran and Saudi Arabia alike. The two nations, however, have their own unique reasons for seeking membership. Iran, already an SCO observer. The Iranian Foreign Ministry announced the Islamic Republic would also seek to join BRICS.

For Riyadh, the move would likely be less about choosing sides against the close ties it has fostered for decades with Washington and more about the kingdom's own growing status as an independent player.

"China's invitation to the Kingdom of Saudi Arabia to join the 'BRICS' confirms that the Kingdom has a major role in building the new world and became an important and essential player in global trade and economics," Mohammed al-Hamed, president of the Saudi Elite group in Riyadh, told Newsweek.

Frustration over shifting politics in Washington has led Tehran to increasingly look to its own region for strategic partnerships, which it has increasingly forged with Beijing and Moscow. And, like Saudi Arabia, Iran's oil and gas reserves make it an important strategic partner, especially given the worsening frictions over global energy that have been exacerbated by Western sanctions on Russia, and heated rivalry between Beijing and Washington.

The energy problem plays into two key reasons having both Iran and Saudi Arabia on board for BRICS would be a "major gain" for the organization, according to Akhil Ramesh, a fellow at the Hawaii-based Pacific Forum.

Tehran and Riyadh's oil reserves would also lend BRICS a stronger hand in taking on the U.S. dollar's hegemony over the world financial system as Ramesh argued that, "in order to replace the USD as the global reserve currency you would need to have more commodity-exporting countries, especially oil exporting ones buying into the idea."

As internal divisions have threatened to derail NATO's agenda, feuds among members also serve as a complicating factor for organizations led by China and Russia.

But China and Russia have demonstrated a capacity to bring enemies together under a common banner as seen with the SCO's simultaneous admission of India and Pakistan five years ago. And even if Iran and Saudi Arabia were to both join BRICS, it would not necessarily prove a breakthrough in their bitter rivalry, writes Newsweek, but if Saudi Arabia, Iran and Argentina are added to BRICS+ that will indeed be a counterbalance to Western control of trade and finance. This global split goes from possibility to probability. If they join BRICS, a split will become almost inevitable.