The AFPAK War - A Pakistani’s Perspective 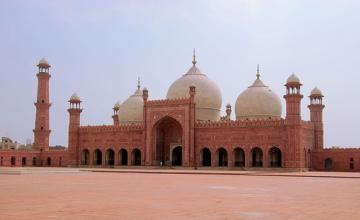 Pakistanis had entertained high hopes that when President Obama assumed office his policy towards South Asia would reflect what he had said in his campaign speeches and what his past experience of living in Pakistan, where his mother had worked for many years, had made clear to him: The situation in the region often called a “nuclear flashpoint” could improve only if a just and equitable solution was found for the issues-primarily the dispute over Kashmir-that bedevilled relations between India and Pakistan. Most importantly from the perspective of the immediate American priority in the region- the stabilising of Afghanistan and disrupting, dismantling and defeating the Al-Qaeda network and its allies-required that Pakistan should be free of other preoccupations and be able to focus on assisting the NATO effort in Afghanistan while at the same time taking the political and military action needed to quell the growth of extremism in Pakistan. This could only happen when Pakistan could rest easy with regard to the threat it perceived on its eastern border from its giant neighbour India. It was therefore visualised that Obama would, as promised, appoint a special representative armed with plenipotentiary powers to mediate or at least facilitate an Indo-Pak dialogue and put America’s weight behind proposals that would resolve the Kashmir dispute. While this would, it was known, take some time there could be a development of trust and confidence between the two neighbours if Indo-Pak agreements were reached on the basis of existing understandings on such minor disputes as the Siachen Glacier and the Sir Creek and if greater cooperation could be established on the issue of terror that was a problem of common concern for Pakistan and India and indeed for the international community.

It was unfortunate that India while maintaining that it had to have a significant role in the stabilisation of Afghanistan and maintaining that it wanted to advance normalisation of relations with Pakistan also insisted that it could not be dragged into being considered part of the problem in South Asia and the difficulties that were being experienced in Afghanistan and Pakistan,

In the face of Indian opposition President Obama dropped the plan and chose instead to appoint Richard Holbrooke as His representative for Afghanistan and Pakistan-quickly shortened in the media and then in official documents to AfPak. For the Pakistani government this was a disappointment but the reaction on the streets was even stronger.

American popularity had never been very high after 1965 when the Indo-Pak war brought upon both countries sanctions and embargoes on arms deliveries but which clearly impacted Pakistan since it was Pakistan that was almost entirely dependent on American sources for its weaponry and the spare parts needed to keep existing weapon platforms functional. In the public perception Pakistan, which in the years of the anti-communist pacts –Baghdad Pact subsequently renamed CENTO in the west, and SEATO in the east- was termed the most allied of America’s allies, but was constantly betrayed and penalised. It got no assistance from America when it was at war with India in 1965 and 1971. America offered no substantive assistance to the democratic government of Prime Minister Zulfiqar Ali Bhutto and many suspected that he was overthrown in a military coup only because the Americans endorsed this military action as a means of punishing him for entertaining nuclear ambitions. It was sanctioned for attempting to acquire a reprocessing plant from France and then for establishing a uranium enrichment facility even while American cooperation in the nuclear field continued with India after its so-called peaceful nuclear explosion in 1974

One incident that highlighted the anti-Americanism of the Pakistani public was the attack on and the burning of the American embassy in November 1979 after false reports that the Americans had attacked and occupied the Great Mosque in Mecca. The report was false but the attack that killed a number of people was not quelled by thee Pakistani authorities for at least 5 hours. There is no doubt that this incident was inspired in part by the Iranian Islamic Revolution and the occupation of the American embassy in Tehran by Iranian students.

While on the official plane relations between Pakistan and the US improved when both were engaged in assisting the Afghan “freedom fighters” in resisting the Soviet occupation of Afghanistan.

The Pakistani public also saw this “honeymoon” in US-Pak relations in two unfavourable ways. The Americans were supporting the military dictatorship and turning a blind eye towards his suppression of the democratic parties in the country. They were taking no measures to prevent the evils of the Kalashnikov-culture taking root in Pakistan and were actively supporting the establishment of Madarsahs and other religious institutes that gave strength to President Ziaul Haque’s efforts to enforce Wahabi Islam in Pakistan.

They took a downward dive in 1990 when the Americans invoked the Pressler Amendment, which called for ceasing all assistance to Pakistan if the President did not certify that Pakistan did not possess a nuclear device. The Pakistanis were then convinced that America had no genuine interest in a sustained relationship. They were only prepared to use Pakistan as a tool to achieve their objectives and with their objective achieved would discard Pakistan like a “used condom”

When after 9/11 President Musharraf bowed to American pressure and joined the anti-terror coalition, there was a mixed reaction. Most Pakistanis concerned about the consequences of Pakistan’s support for the Taliban were happy to see this policy reversed but at the same time they were unhappy that America was supporting a military dictatorship and thus perpetuating military rule and they were unhappy because they believed that Pakistan had sold itself cheaply not getting the benefits that it should have to compensate for what the alliance would cost Pakistan in terms of internal stability and economic development.

The Kerry-Lugar Bill under which America would provide $1.5 billion in economic assistance every year for 5 years should have been a major victory for the government. Instead it raised a veritable firestorm of protests because of its alleged infringement of Pakistani sovereignty and its interference in Pakistan’s internal affairs. Eventually the storm died down without any change in the wording of the bill but left the government politically weakened. Similarly the drone attacks that the Unite States has been mounting in Pakistan’s tribal areas-more than 70 so far this year are acknowledged in private conversations as being the best weapon available against not only the Al-Qaeda but also the Tehrik-e-Taliban the insurgent group that has as its objective the overthrow of the Pakistan government. The Pakistanis have however never acknowledged that these drone attacks are being carried out with their consent and that some agencies are cooperating with the CIA to provide the field intelligence needed for these operations.

. Attacks on Americans and American installations are frequently attempted. There are rumours that continue to enjoy credence that the American embassy size is being increased to allow the Americans greater room for espionage and subversion. For many weeks it was said that the Americans were buying of leasing houses in Islamabad and using them for nefarious purposes. Above all the many parts of the press remain convinced that American engagement in Pakistan is designed to get control of and eventually to dismantle Pakistan’s nuclear arsenal. Much of this is nonsense but such is the distrust in the public mind that rational argument even in relatively well educated circles is trumped by conspiracy theories backed by unsubstantiated allegations appearing in one or other section of the press. The American embassy has failed to do a good job in countering the flood of anti-American propaganda nor has the government of the day taken upon itself the task of defending its allies or clarifying the charges of nefarious activities

Today the American embassy in Islamabad is one of the most heavily fortified in the world. US intelligence officials and diplomatic security staff analyse as many as five potential attack threats a day.

In the meanwhile the number of terrorist attacks mounted in many Pakistani cities far from the tribal areas continues to mount raising new fears that new strongholds of extremists in the Punjab are being created and are drawing upon resources of training and equipment from the tribal areas.

This then is the backdrop against which US-Pak relations and their impact on the campaign Pakistan is waging to counter terrorism and extremism in Pakistan has to be seen and its impact on Obama’s Afpak policy gauged.

Mr. Shaikh spent 38 years in the Pakistan Foreign Service before retiring in 1999. In the course of his career he served as Ambassador/High Commissioner in Canada (’87-89), Germany (‘89-90), USA (’90-91) and Iran (’92-94). He was Foreign Secretary from 94-97.In 2002, he served as the President’s Special Envoy, and met with leaders in Russia, Iran, Uzbekistan, Indonesia, Singapore, Malaysia and Japan to explain Pakistan’s point of view and in 2005 visitedYemen, Sudan, Kenya and Bahrain Currently he is a member of the Board of Governors of the Pakistan Institute of Strategic Studies, Islamabad