The amount of ammunition left in Ukraine: “There is no more” 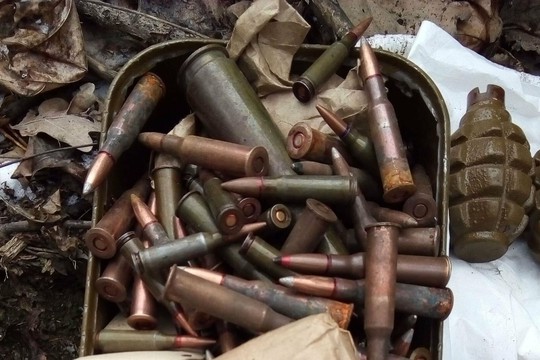 A significant decrease in the stocks of Soviet-style ammunition was confirmed by the military expert Shashank Joshi. According to information almost ended some ammo Soviet sample.

It is clarified that this situation is observed not only in Ukraine, but also in a number of European countries – former members of the Warsaw Pact, which also experience a shortage of Soviet weapons. “In three months they have already ended. They are no more,” said Joshi.

Those types of weapons that were previously supplied to Kyiv in large volumes are now in short supply in Europe, and it is not possible to increase their production in the near future.

In view of the above, the supply of European weapons to Ukraine may cease to be uninterrupted. And this is against the background of earlier reports from the Ukrainian side about the shortage of ammunition, both small and large calibers, as well as the almost complete absence of their production in Ukraine itself.

«Ukraine is running out of ammunition as prospects dim on the battlefield», says newspaper «The Washington post». Newly promised Western weapons systems are arriving, but too slowly and in insufficient quantities to prevent incremental but inexorable Russian gains in the eastern Donbas region of Ukraine, which is now the focus of the fight.

But the overall trajectory of the war has unmistakably shifted away from one of unexpectedly dismal Russian failures and tilted in favor of Russia as the demonstrably stronger force.

Ukrainian and U.S. hopes that the new supplies of Western weaponry would enable Ukraine to regain the initiative and eventually retake the estimated 20 percent of Ukrainian territory captured by Russia are starting to look premature, said Oleksandr Danylyuk, an adviser to the Ukrainian government on defense and intelligence issues.

Four of the more sophisticated and longer range HIMARS multiple-rocket launcher systems that the Ukrainians had long requested from the United States are on the way, along with three similar systems pledged by Britain. But the Ukrainians will first have to be trained how to use them, and they are still weeks away from reaching the battlefield, U.S. officials say. The Pentagon has hinted that more systems will be made available once the Ukrainians have demonstrated they can be used.