The Arctic: business and innovations for sustainable development 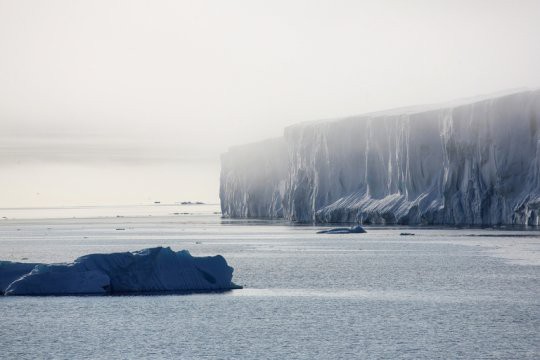 The Arctic Day event was held on the sidelines of the UN Climate Change Conference (Glasgow, November 1-12, 2021). The Arctic is one of the most important factors affecting the global climate. It is also the region most vulnerable to climate change. Therefore, the organizers proposed to rely on a comprehensive concept of the ocean economy and focus on productive and real-life issues that directly concern the people living in the Arctic countries, such as expanding the production of biological resources in the Arctic waters, energy transition in the Arctic, development of Arctic shipping, including transit, and Arctic tourism, measures to protect the environment and the traditional way of life of the indigenous peoples of the North, and bringing talented minds to the Arctic.

The event was hosted by the Russian Pavilion that highlighted the Arctic agenda under Russia's chairmanship of the Arctic Council (2021-2023). The event was organized by experts in the field of Arctic research: the Moscow School of Management SKOLKOVO in cooperation with the NORD University Business School with the support of senior officials of Arctic institutions. A separate video message was made by Nikolay Korchunov, Ambassador-at-Large of the Russian Foreign Ministry and Russia’s senior representative to the Arctic Council.

Following is the list of experts who outlined their views on protecting the Arctic climate and promoting business development in the region:

During the discussions, the participants focused on the following issues:

1) Which sectors of the "blue economy" have the greatest potential in transforming the Arctic?

2) What opportunities and constraints affect food production in the Arctic?

3) What is the future of the Arctic energy sector, and what needs to be done to prevent the environmental degradation of the region?

4) What are the prospects for projects of carbon absorption by ocean bio-resources?

5) What can we learn from studying the Arctic indigenous peoples’ sustainable interaction and coexistence with the Arctic Ocean?

6) What strategies and documents need to be implemented to support the innovative sustainable development of the Arctic?

In his opening remarks, Aleksey Kalinin noted that the Arctic has become a kind of a global “thermometer” - an indicator of obvious global warming - and invited the participants to look to the future and talk about the opportunities that global warming holds for the Arctic.

“Today we would like to talk about warmer, better Arctic in 2050,” the Skolkovo expert outlined the purpose of the Arctic Day event.

Alexandra Middleton, professor at the Oulu Business School, drew a direct line between the Arctic economy and the “ocean economy,” which is actually key to the region providing logistics across the Arctic seas, offshore mining, fisheries that provide protein to millions of the world's inhabitants, and opportunities for “Green Energy.” Therefore, she believes that scenarios for the development of the Arctic by 2050 should be considered in conjunction with the “ocean economy.”

Mads Qvist Frederiksen, Director of the Arctic Economic Council, emphasized the importance of the environmental factor in the modern dialogue. He believes that it should be more than just monitoring the oceanic ecosystem and the state of the Arctic Ocean, but should also include specific programs in support of the region’s animal and plant life – above all when it comes to  specific species of fish that are changing their migration routes due to the changing climate. He added, however, that it is impossible to develop fisheries and provide raw materials for the creation of a “green energy” infrastructure without a further development of the Arctic, a balanced approach to the extraction of biological and natural resources, as well as to the replenishment of fish stocks.

At the same time, the development of the region will provide the global population, which is due to hit the 9.7 billion mark by 2050, with raw materials and food. The head of the Arctic Economic Council also emphasized the uniqueness of the Arctic as a territory open to non-indigenous people, who are ready to use their skills to develop this region despite its harsh conditions, and adopt the “Arctic way of life.” He noted that people, who have found their way in the Arctic, already perceive it as a “Friendly Arctic” and a comfortable place to live. However, it will take more effort to attract new residents and encourage young people to stay on.

All innovations, including in the field of food production, require energy overheads, no doubt about that. Since the Arctic is a risk zone in terms of mining, the countries of the Arctic Council bear the primary responsibility for such activities.

All participants supported the idea of ​​Professor Frode Nilssen that the specific models of solving the climate challenges in the Arctic should come as a result of cooperation by the Arctic countries and interested partners with the participation of geologists, chemists, biologists, physicists, ecologists, and lawyers. This requires genuine cooperation by all that should take into account not only the interests, but also the experience of the indigenous peoples of the North themselves. So far, quite the opposite is happening with the indigenous peoples being offered ready-made solutions and laws, according to which to pursue their traditional crafts.

Meanwhile, the development of such key sectors as energy, transport and production of biological resources should take into account the needs and capabilities of the local population, without which no progressive regional development is possible.

There are many specific tasks in the Arctic that require joint projects to achieve. The time has come for us to move on and start working together, implementing specific projects for life. However, to make this happen, just as the event’s host, Aleksey Kalinin, noted, “it is necessary to give way to business” - to involve it in cross-border projects and create conditions for their implementation by getting rid of administrative hurdles. This is the only policy that will make the Arctic a place people will like to live and work in.