The Cost Russia Will Pay for NATO Rapprochement 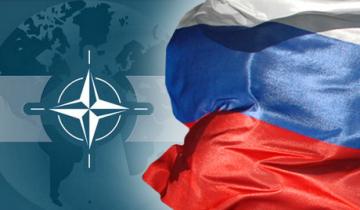 The NATO summit which will convene in Lisbon on November 19-20 will adopt the alliance's new strategic concept switching NATO from regional defense to global-scale missions in the interests of the core of the modern capitalist world-system. In practice, the reform will institutionalize the West's victory in the Cold World War III. The already visible results of the victory include the ongoing departure from the Yalta-Potsdam system and the downscaling of the role played by the UN – or at least by the UN Security Council – in international relations.

These days, Russia's rapprochement with NATO would take more than a political decision. Rather, it would have to be a civilizational choice, and the question arising in the context is: are Russians – not the outspoken Westernized minority, but the majority – willing to forge an alliance with the forces which fought against Russia for centuries and are currently waging a Cold War against it, employing novel indirect-impact strategy and chaos control? Since, at least nominally, Russia's strategy in international politics is that of pragmatic partnerships based on common interests rather than on shared values, the first step should be to explain the underlying common interests of the potential alliance.

The new world order built as we watch on the ruins of the Yalta-Potsdam system automatically energizes a range of negative global processes and is prone with new wars or major regional conflicts. At the moment, the situation in the Far East already appears similar to that in Europe on the eve of World War II.

Futurological studies conducted by the Russian Academy of Science showed that:

At present the world is confronted with a spectrum of global models not necessarily leading to Pax Americana. While the fact that a global transformation is underway is beyond doubt, the direction in which the process evolves continues to stir debate. The change may be understood as a drift towards established capitalism and a world dominated by transnational corporations or as the onset of a globally segregated post-capitalist society opening access to prosperity to some 20% of the world's population and locking others in poverty and chaos.

In any case, we are enduring the epoch of a systemic crisis and decline of capitalism which, in addition to its intrinsic problems, faces increasing pressure from the rising Asia. Under the circumstances, Russia's priority should be to avoid being dragged into the epicenter of the coming collapse. Hoping to get rid of competitors in the post-capitalist world and to enforce a “final solution” of the Russian problem, the West is luring Russia into this very epicenter.

So, what is NATO offering Russia? So far, we are only invited to jointly assess security threats. The idea is not bad in itself: history abounds with examples of seemingly credible alliances induced by common threats, but what common threats could the Russia-NATO strategic alliance repel? Upon filtering out verbiage, the essence of the proposed alliance boils down to the following:

Do we really need any of the above?

What those who hold the above views tend to ignore is the cost of the problem. Let us examine briefly the costs Russia would face if it choses to integrate into NATO. Russia's losses would be due to the following circumstances:

The first and the second of the above points deserve to be treated in finer detail. To have its territorial disputes resolved,

In addition to territorial claims, NATO's consensus-based decision-making can present a serious problem for Russia. Admission of a candidate to the alliance materializes only in case all of the NATO members consent to it. As a result, Russia will inevitably run into roadblocks put by Poland and the Baltic republics which are eager to supervise the West's relations with Moscow. Oddly enough, they continue to demand that Russia compensate them for the alleged Soviet-era occupation! Currently 8 countries, most of them – NATO members, have material claims against Russia, the corresponding total exceeding the amount accumulated in Russia's stabilization fund.

Therefore, even a sketchy analysis demonstrates that for Russia rapprochement with NATO makes absolutely no sense. For Russia, the optimal strategy in the nearest future and in the mid-term is to pursue the policy of active neutrality relying on the country's strategic deterrent and otherwise backed by military force.