The crisis in Ukraine: a British perspective 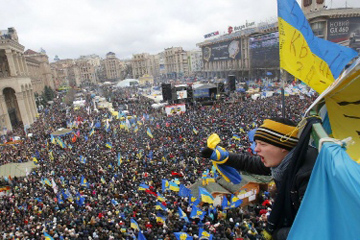 These are nervous times for the international community. There are serious tensions between Ukraine and Russia, with a constant risk of a miscalculation in the situation. The actions of a single “hot head” could have dire consequences for the region as a whole, and the possibility of the breakup of the Ukraine is certainly not out of the question. But what is the British perspective on the situation?

Let us begin with the official government stance. In an interview with the BBC on the 3rd March 2014, the British foreign Minister William Hague was asked some searching questions on the position of the United Kingdom. Among his very first comments was that the possibility of military action by the West was: “not on the table”. On several occasions he referred to: “serious costs and consequences for Russia,” including diplomatic costs. “Be in no doubt, there will be significant costs,” he reiterated. In another interview on 9th March, Mr. Hague told the BBC that Russia had made a “big miscalculation” in entering Crimea and that it could face “far reaching” economic sanctions if no diplomatic solution was reached. However, in both interviews he refused to be drawn on what these “other costs” might be.

There is an acceptance by the British government of the economic reality that lies behind the rhetoric. An official document which was photographed as it was being carried into Downing Street, Prime Minister David Cameron’s official residence in London, and the contents made public. This in itself is curious. Why should Britain’s foreign policy be made public in such a manner? The document set out that whilst Britain believes that there must be “costs and consequences for Russia, they should not extend for now, to trade sanctions and certainly not to measures that would undermine the City of London as Russia’s favorite financial center. So in truth, it would appear that the position of the British government is to support diplomatic efforts at a compromise between Russia and Ukraine that do not harm its own economic interests. In this respect it would appear not to be alone among its European allies. For instance, Germany imports around a third of its gas from Russia, which asks the question: who exactly would be hurt most from economic sanctions?

Incidentally, one interviewer went on to suggest to the Foreign Minister that British condemnation of Russia’s actions in Crimea is weakened by the history of the Iraq war. Mr. Hague obviously refuted the allegation of there being any parallel between the two.

Now, what about the reaction of the British press to the ongoing events? Well they are almost exclusively pro the new Ukrainian government, and anti Russian actions in Crimea and the buildup of Russian military forces along the border with Ukraine. They were quick to suggest that after the previous Ukrainian president fled to Russia, a hole of more than $30 billion dollars had been found in the state coffers. They showed video of protestors wandering around his former state residence, which was described in one article as “Versailles meets Disneyland”.  Most of the media are concentrating on the reaction of the US and appear to be giving little space to Russia’s side of the argument.

Given the above, one could be expected that comments from ordinary UK citizens would be heavily biased in favor of support for Ukraine and against Russia. Surprisingly this is not what I am seeing in comments posted on media websites. Below is a comment taken at random from an article in the Daily Mail newspaper:

“If the vote to join Russia is a heavy Yes what can you really do? It may not be legal but the people would have spoken their wishes!”

As I am writing this article, I am aware that tomorrow on 16th March 2014, a referendum is to be held in Crimea which gives the voters a stark choice: basically, do you wish to remain part of the Ukraine, or do you wish to join the Russian federation? President Putin has declared that he will stand by the decision of the people of Crimea. The new Ukrainian government and the governments of the Western powers, including Britain, have declared the referendum to be illegal under international law. Nevertheless, it will take place.