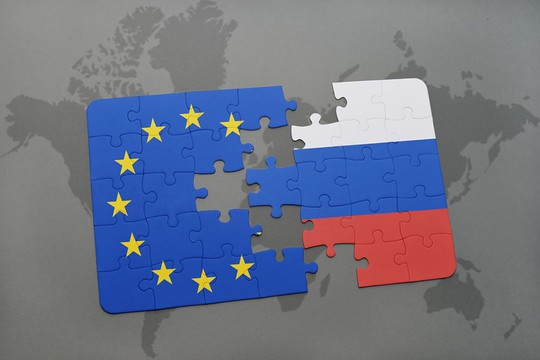 Unfortunately, most European politicians, intellectuals, analysts or activists, even supposed radicals among them, since they have lived all their lives in relatively free and prosperous times, seem to be organically incapable of be fully aware of the abyss we are heading into and act accordingly, writes a well-known European political scientist Dimitris Konstantakopoulos.

Now Zelensky hastened to accuse Russia of sabotage. This claim is rather ludicrous, as is his other claim that the Russians bombed the Zaporozhye nuclear power plant they occupied. Although ridiculous, such claims are useful to the extremist forces and intelligence agencies that control and use the Ukrainian president as an international provocateur, even to interfere in the internal life of Germany and on behalf of the “war party”.

With two pipelines out of service, Berlin now is desperately dependent on the United States for energy and will therefore find it much more difficult to change its policy towards Ukraine if it so desires.

In other words, the sabotage of the two pipelines binds Germany and, more generally, Europe during the ongoing NATO war against Russia. Thus, this once again proves that we have not only a war against Russia, but also an indirect war against Europe, unleashed by the "Empire".

Europe is paying for the sanctions, the economy of which is now under the threat of complete collapse, especially against the background of the escalation of the conflict around Ukraine. European states, their economies, their armed forces and their secret services are becoming more dependent than ever on the United States.

The destruction of relations between Europe and Russia has been a secondary, unspoken, but very important goal of US policy towards Ukraine for many years.

The phrase uttered then by Victoria Nuland became famous: "Fuck the EU."

Now we must emphasize the fact that a few states have the technical capability to carry out an operation like the one against Nord Stream.

On the contrary, almost certainly the sabotage of the pipelines (while the referendums were going on in the Donbass and elsewhere) was planned and solved by the centers of power of the "Deep Empire" and the "War Party", which controlled the entire "collective West" and even the USA itself.