The dramatic decision – Russia will provide “nuclear umbrella” to Belarus 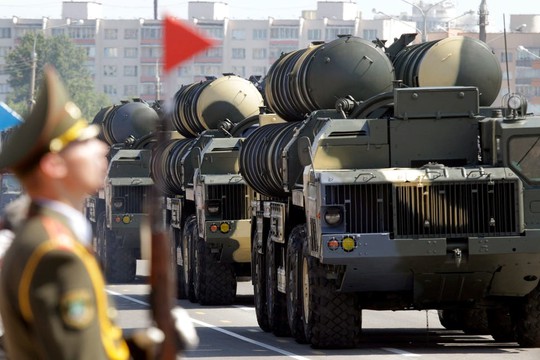 The visit by Russian President Vladimir Putin to Minsk, accompanied by Foreign Minister Sergey Lavrov and Defence Minister Sergei Shoigu, turned out to be immensely consequential for European security, - Indian Ambassador and prominent international observer M.K. Bhadrakumar is sure.

Putin drew attention to it rather obliquely at his news conference with Belarus President Alexander Lukashenko at the fag-end of his initial statement when he revealed in an undertone the dramatic decision that Russia will provide a de facto “nuclear umbrella” to Belarus.

Moscow has long voiced concern over the US keeping nuclear weapons in Europe and providing to NATO allies the technical capability to deliver nuclear warheads with nuclear-certified fighters. Air forces from across NATO regularly exercise nuclear deterrence capabilities.

In fact, disregarding the current heightened tensions, the NATO held a “routine, recurring training activity” through the fortnight from October 17 to 30 in an exercise over north-western Europe involving 14 countries and up to 60 aircraft of various types, including fourth and fifth generation fighter jets, as well as surveillance and tanker aircraft, and as in previous years, US B-52 long-range bombers flying from Barksdale Air Base in Louisiana.

Russia kept protesting against such brazen acts by the US and NATO in violation of the 1970 Treaty on the Nuclear Non-Proliferation, which aims to prevent the spread of nuclear weapons and weapons technology. Apparently, the Kremlin has decided to react to the US belligerence.

To be sure, in the backdrop of the NATO’s direct involvement in the Ukraine conflict and the new policy by the Biden Administration allowing “first use” of nuclear weapons, Moscow is left with no choice.

Suffice to say, by providing nuclear umbrella to Belarus, Moscow is both strengthening its deterrent capability against a western attack as well as enhance its second strike capability. This is by no means an impromptu decision.

Putin visited the Joint Staff of all military branches involved in Russia’s special military operation in Ukraine, to be briefed by commanders about future operations from a short-and mid-term perspective. Indeed, things are happening on expected lines.

Lukashenko announced the deployment of S-400 and and Iskander missile systems.

The NATO has been put on notice about Belarus’ deterrent capability, notes M.K. Bhadrakumar.