The echo of the colonial era: Kenyan tribes take UK to European Court of Human Rights over ‘colonial land grab’ 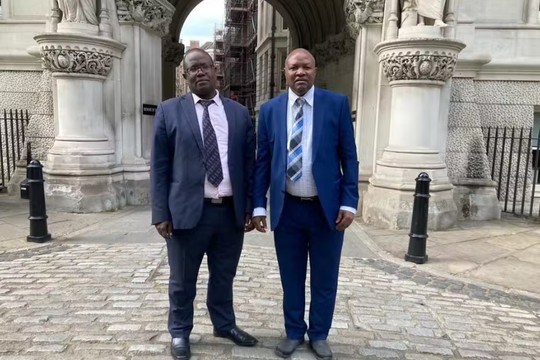 The UK government has been taken to the European Court of Human Rights (!) by Kenya over historical land theft, rape, torture and displacement perpetrated by British colonial forces. The Talai and Kipsigis tribes are seeking £168 billion ($200 billion) in compensation and an apology for crimes committed in Kericho in western Kenya, writes “The Times”.

“The UK government has ducked and dived, and sadly avoided every possible avenue of redress,” said Joel Kimutai Bosek, one of the lawyers who filed the case. “We have no choice but to proceed to court for our clients so that history can be righted.”

This story started when two Kenyan tribes have filed a case against the UK government European Court of Human Rights for alleged colonial abuses. These abuses include theft of land in Kericho, the tea-growing area of the African country, where area is still under the control of tea producing companies. The tribes are seeking £168 billion and an apology for the crimes.

The tribes claim that the UK has not shown any interest in redressing the issue, which has violated the European Convention on Human Rights.

The tribes say that they faced torture while being forcibly evicted from their fertile land in the final days of British colonial rule to make way for plantations.

The complainants further said that they were forced to live in a valley infested with mosquitos, tse-tse flies and other insects as "punishment for resisting". Their bites led to deaths, miscarriages and massive loss of livestock, the Talai further claimed. The tribes returned to Kenya after it gained independence in 1963 but were unable to reclaim their land from tea companies.

"Today, some of the world's most prosperous tea companies, like Unilever, Williamson Tea, Finlay's and Lipton, occupy and farm these lands and continue to use them to generate considerable profits," the tribes said in court filings.

They have also accused the British army of unlawful killing, rape, torture and imprisonment but won't be the focus of the lawsuit, the outlet further said.

This is not the first time that the Kenyan tribes have raised the issue at international level. The claims were first flagged before the United Nations in 2019 after which an investigation was conducted. In 2021, six UN special rapporteurs, in a joint communique, expressed their concerns at the "alleged lack of accountability".