The echo of the past war 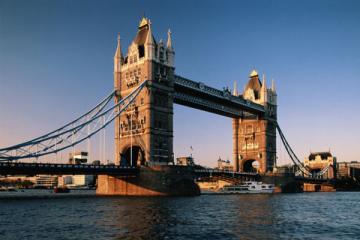 Great Britain has unveiled plans to cut its military budget by 8% in the next four years, which is the biggest cut since the end of the World War II. On hearing it Washington voiced concern over possible weakening of its ally’s defense potential. In Germany the reaction on the plan of David Cameron’s Cabinet to withdraw the British troops from Germany by 2020 (not by 2035) in order to save money for the state budget was quite controversial.

After World War II Britain had the third biggest contingent (in terms of numbers – 150,000 servicemen) on the territory of the defeated Third Reich. Three tank divisions formed the core of the British armed forces deployed in Germany. At present there are only 20,000 British servicemen left in Germany or twice as much if we take into account the members of their families. The British authorities were gradually reducing the number of servicemen of its Rhine Army (this is how the British troops in Germany called until 1994). When by 1967 the number of the British troops had been reduced almost 10% to 58,000 people, the Spiegel magazine melted: the British soldiers came to Germany as occupants but became the defenders of the defeated nation. The article painted a rosy picture of a happy life of British soldiers in Germany1. However, Spiegel did not explain why many Germans looked at Brits as at the second rate people – the journalist had no courage to admit that many Germans see the British servicemen commissioned in Germany not as their defenders but as occupants.

This is still relevant in modern Germany. Here are some of the comments from readers on the web site of Neue Westfälische Zeitung newspaper2 (some of the British troops are deployed in Lower Saxony):

”Finally the occupants get out from here”.

“Super! Good news! Finally the occupants are going home. We had enough. The empty houses and barracks can be successfully used for other purposes”.

“It sounds too good to be true. I can’t believe the British occupants finally will get out of Germany”.

“I never understood why after 1990 the Brits did not leave Germany. After all there is no single Russian soldier in the East anymore”.

As for the official Berlin it has to be politically correct. The official mass media present the plans on British military budget, stress the shorter term of the withdrawal of the British troops but do not comment on it. They are “too shy” to ask an obvious question: if Great Britain wants to save the budget why will it take 10 years to withdraw the troops? The Western group of the Soviet troops deployed on the territory of the former German Democratic Republic comprised 500,000 people (including the civil personnel) and it was withdrawn in three years and eight months. In 1994, Russia wanted Bundestag to hold a special session marking the final withdrawal of Soviet troops from Germany and a joint parade of the allies in Berlin, but Bohn refused. How could Germany agree to hold a joint parade if only one country of the anti-Hitler coalition had withdrawn its troops, while two others the US and Great Britain still had their contingent in the country deployed for an indefinite period of time? However, in 1993, Belgium and Canada withdrew their troops from Germany, taking into consideration the change of the political situation and the financial difficulties (since the early 1990-s Canada had to spend almost one billion dollars annually to maintain it contingent which had been present in Germany since 1953; it contingent comprised 3,000 servicemen and 7,000 civil employees)3.

Of course, these expenditures ensured money inflow to the local budgets and working places for local people as well. The welfare of numerous small towns in Germany directly depends on the presence of the British and the US troops (to even bigger extend).

London annually spends 1.5 billion Euros on 4,500 civil specialists, mainly Germans, who are working at the British military bases in Germany4.

According to different estimations, the US spends at least 3 billion Euros annually on its military bases in Germany, even though in 1990 the number of US servicemen reduced to 70,000 from 30,000. Only one the US air base in Ramstein and the air field in Spangdahlem employ 28,000 Germans.

Sometimes foreign military bases are almost the only source for the recharge of budgets of small German towns. Washington understands it and uses this situation to make pressure on Berlin when necessary. When Berlin the confrontation between Washington and Berlin regarding the war in Iraq reached its highest point Washington threatened Germany that it will redeploy part of its military bases to Eastern Europe and it has an effect: the mayors were in panic and began to forecast the economic disaster for their towns. This might be the decisive factor (and not Rumsfeld’s rejection to shake hands with the Defense Minister Peter Struck in Warsaw) for the government of Gerhard Schroeder to promise full protection of the US bases on the German territory and to let the US forces use its transfer points and air space.

By the way, Washington lacks such an efficient economic tool in France, and after Jacques Chirac said his decisive “no” to the war in Iraq, the US had nothing left to do but only to rename fried potatoes, called “French fries” in the US, into “freedom fries”: in the cafes of the Chamber of representatives of the US Congress they followed that patriotic appeal and renamed the potatoes (but later however the old name was returned).

The recent reaction of the local German authorities on London’s decision is the same as it was under Schroeder – a moan of complaints. “For the city and the district this will be a real disaster. The economy will lose a considerable part of its buyers demand. I did not expect it”, – says the head of the administration of Gütersloh a town in North Rhine-Westphalia and one of dozens of small towns where the British troops are located. Gütersloh houses the largest permanent post of the British troops, which comprises 14,200 people – while the total number of local population is 100,000.

Some of the officials believe that the buyer demand of the local population will decrease by 300 million Euros a year after the withdrawal of British troops from Germany. But according to a survey conducted by the Institute of the Economic Studies of North Rhine-Westphalia the closure of barracks won’t have any significant impact on the local economy. The authors of the report forecast that the opening of a national park on the territory of the former base will bring local communities even a higher income.

According to citizens of North Rhine-Westphalia, “Bundeswehr pays 100,000 Euro to the British government for a day of the war games on the territory of the military base. Considering that the war games of Bundeswehr take 100 days a year it means that annually London receives 10 million Euros from Germany”, mathematically speaking.

Several more remarks from the local citizens: “Our Mayor says that he is very upset with the decision of Britain to withdraw troops. He is talking about the unemployment but it is true only partially because in the previous years the Brits created their own infrastructure where the British personnel is working. They have their own schools, car repair workshops etc”.

Of course there are Germans who are afraid of losing their jobs. But there is a consolation for them there are some energetic people who are ready to invest in the land when it is free from the British bases. The most exotic project is the construction of a race track for the of Formula One cars in 2012. The investments in this project are expected to amount 34 million Euros.

According to David Cameron the presence of the British troops in Germany contributed to the strengthening of solidarity within the Alliance and became the symbol of the British-German friendship. Now Brits have more than 10 years to strengthen the solidarity further and Germans - to admire the symbol of this friendship. However, after 2020, the shadow of the occupation troops in Germany will stay: Washington has not made any statements about the withdrawal of its troops from Germany. The US does not plan to remove the weapons of mass destruction from Germany either despite the fact that not only common Germans but also Foreign Minister Guido Westerwelle advocate for making Germany free from nuclear weapons. During the discussion of NATO’s new strategy G. Westerwelle is the opponent of those politicians who think that withdrawal of the US nuclear missiles from Europe is inadmissible. NATO’s Secretary General Anders Fogh Rasmussen diplomatically expressed hope that additional consultation will help to iron the differences. It will definitively happen – because German Chancellor Angela Merkel is not an advocate of the nuclear free Germany either. On October 22, at a press conference on the results of her meeting with Rasmussen Merkel agreed with him saying that “until the world has nuclear weapons we (NATO) should have it in our disposal”.

A. Merkel is confident that at the Lisbon summit “a very good document heading to the future” will be signed, and Spiegel has already announced that NATO’s new concept does not envisage the removal of the US nuclear troops from Germany (not a single word was said about the removal of military bases).… When the Russian troops left Germany the soldiers sang a song with the words “Good bye, Germany, our native country waits for us”. As for the British soldiers who are to leave Germany in 10 years it is not their home country but a distant land which is waiting for then – Afghanistan.