“The Economist”: As Europe falls into recession, Russia climbs out 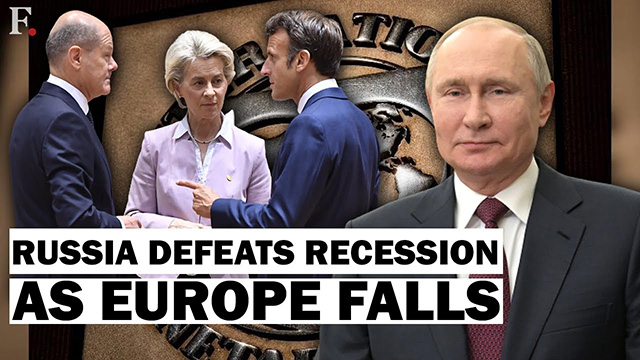 In a very short commentary, “The Economist” makes the important point that Russia is coping with economic difficulties better than Europe. Although it is Russia that is under European and American sanctions.

Social-media trolls are posting videos, intended for European audiences, showing gas stoves left on full blast, writes “The Economist”. What might cost hundreds of euros in Berlin comes to a few roubles in Moscow. The taunting is childish, but it hints at a deeper truth: the economic war between Russia and the West is at a delicate moment. While Europe teeters on the brink of recession, Russia is emerging from one.

Many doubt official Great Domestic Product (GDP) data, but it is possible to get a sense of activity from a range of sources. Goldman Sachs, a bank, produces a “current-activity indicator”, which follows how economies are doing month to month. The data suggest Russian activity is livelier than in other big European countries.

A spending measure produced by Sberbank: output in the car industry, which a few months ago had practically fallen to zero, has also bounced back, suggesting producers have obtained supplies from outside the West. In dollar terms Russia’s monthly goods imports now almost certainly exceed last year’s average.

In its recent forecasts, the International Monetary Fund upgraded Russia’s prospects for 2022. In April it thought that Russian GDP would fall by 8.5%. It now expects a decline of 3.4%.

Mr Putin expects to double down, both abroad and at home.