The Economist: “Change is coming. Get ready” 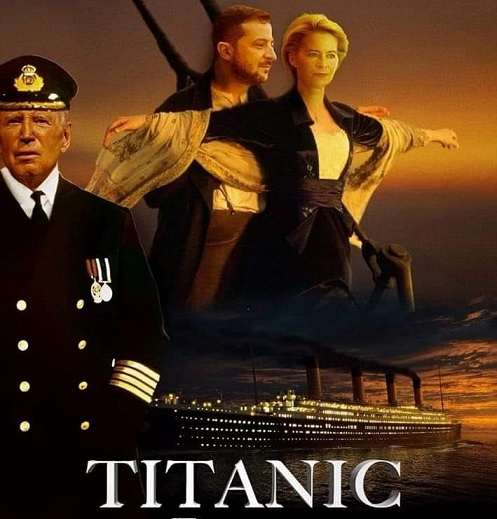 For months there has been turmoil in financial markets and growing evidence of stress in the world economy. This is a painful emergence of a new regime in the world economy — a shift that may be as consequential as the rise of Keynesianism after the second world war, and the pivot to free markets and globalisation in the 1990s, writes “The Economist” with great concern.

This new era, continues the London’ magazine, holds the promise that the rich world might escape the low-growth trap of the 2010s and tackle big problems such as ageing and climate change. But it also brings acute dangers, from financial chaos to broken central banks and out-of-control public spending.

The ructions in the markets are of a magnitude not seen for a generation. Global inflation is in double digits for the first time in nearly 40 years.

Global shares have dropped by 25% in dollar terms, the worst year since at least the 1980s, and government bonds are on course for their worst year since 1949. Alongside some $40trn of losses there is a queasy sense that the world order is being upended as globalisation heads into retreat and the energy system is fractured after Russia’s invasion of Ukraine.

All this marks a definitive end to the age of economic placidity in the 2010s.

What on earth comes next?

One immediate fear is of a blow-up, as a financial system that has become habituated to low rates wakes up to the soaring cost of borrowing. Although one mid-sized lender, Credit Suisse, is under pressure, it is unlikely that banks will become a big problem: most have bigger safety buffers than in the past.

Instead the dangers lie elsewhere, in a new-look financial system that relies less on banks and more on fluid markets and technology. The good news is that your deposits are not about to go up in smoke. The bad news is that this system for financing firms and consumers is opaque and hypersensitive to losses.

The related belief that central banks will not have the resolve to follow through on their tough talk is behind the other big fear: that the world will return to the 1970s, with rampant inflation.

In a big shift from the 2010s, a structural rise in government spending and investment is under way. Ageing citizens will need more health care. Europe and Japan will spend more on defence to counter threats from Russia and China. Climate change and the quest for security will boost state investment in energy, from renewable infrastructure to gas terminals. And geopolitical tensions are leading governments to spend more on industrial policy.

This brave new world of somewhat higher government spending and somewhat higher inflation would have advantages. In the short run it would mean a less severe recession or none at all. And whenever anything goes wrong, which cause ever-greater distortion of the economy.

But it also comes with big dangers. Central banks’ credibility will be damaged: if the goalposts are moved once, why not again? Millions of contracts and investments written on the promise of 2% inflation would be disrupted, while mildly higher inflation would redistribute wealth from creditors to debtors.

These opportunities and dangers are daunting.

Change is coming. Get ready.