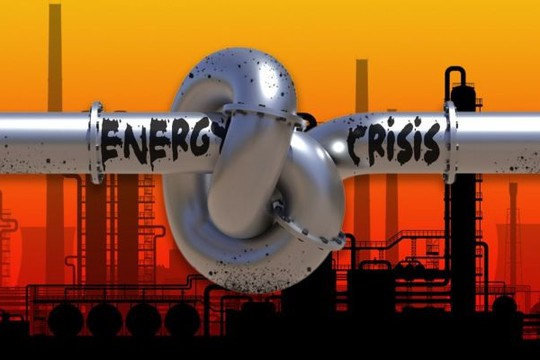 To understand how the energy war might develop, “The Economist” has worked with modellers at Rystad Energy, a consultancy. This analysis suggests that complacency is dangerous – things could get very bad, very fast.

“The Economist” has simulated three scenarios. They say:

Even the first, under which relations do not deteriorate, is far from pleasant. It assumes that the Nord Stream pipeline remains shut. It also assumes that Europe follows plans to implement an embargo on Russian crude and prohibit local insurance firms, which have 90% of the global shipping market, from covering vessels carrying Russian oil — albeit with a big exemption. Non-Western buyers that agree to pay a capped price for Russia’s oil, set by America and the EU, are due to be allowed to purchase European insurance.

For Europe this scenario triggers a crisis but not a catastrophe. Supply cuts mean that by the end of 2022 the continent will have missed out on 84 bn cubic metres (bcm) of Russian gas, equivalent to 17% of its normal annual consumption.

Under this scenario, governments will not have to ration gas.

In second scenario – “escalation”. Russia starts by shutting its pipeline through Ukraine, one of the two conduits still open, in the process depriving Europe of another 10-12 bcm a year. The country’s leaders would claim a pretext (such as the “leak” that halted flows through Nord Stream).

This initial strike would not surprise traders, many of whom have already discounted Ukrainian volumes. Traders would be stunned, however, if Russia stopped supplying LNG (liquefied natural gas) to Europe — the next step in this scenario. These deliveries, worth 20 bcm a year, equivalent to half of Russia’s annual LNG exports, have continued under the radar.

In this scenario, the West retaliates by giving its oil price cap more bite, perhaps threatening Western infringers with huge penalties, toughening checks and lowering the cap. To counter the counter, Russia persuades OPEC and its allies, some 23 countries that produce 40% of the world’s crude, to cut their monthly production target by 1m barrels per day (b/d), on top of a 2m b/d cut implemented in October.

Giovanni Serio of Vitol, a trading firm, says G7-owned tankers are already being bought up by non-Western players, often in Asia or the Middle East. China and India, which have sucked up most of Russia’s excess barrels thus far, can probably self-insure their ships. Other countries may tap the “black” trade, where Russian oil — ferried on tankers with their transponders turned off, transferred from ship to ship on the high seas or blended with other crudes — cannot be traced. Although Russia would take a hit on its gas revenues, its oil income would be resilient.

The third, “extreme”, scenario assumes that Russia opts for all-out energy war. It begins by shutting TurkStream, its remaining gas link to Europe and it leaves Europe short of another 15 bcm a year. Then Russia decides to wreck Europe’s gas-import infrastructure. This possibility, once unthinkable, has become rather less so after saboteurs bombed Nord Stream in September.

The extreme scenario assumes that Russia manages to stop flows through Norway’s two largest pipelines, robbing Europe of another 55 bcm in yearly supply. This would be quite a move. The pipelines are far from Russia and Western countries may consider it an attack on NATO.

Europe faces an excruciating squeeze. It must fork out $250 bn in 2023 and $200 bn in 2024 merely to replace Russian barrels. Its annual import-gas bill nears $1 trn, almost double our base-case scenario, despite much lower incoming volumes. The simulation suggests that Europe’s storage, empty by November 2023, would remain bare for the whole of 2024. 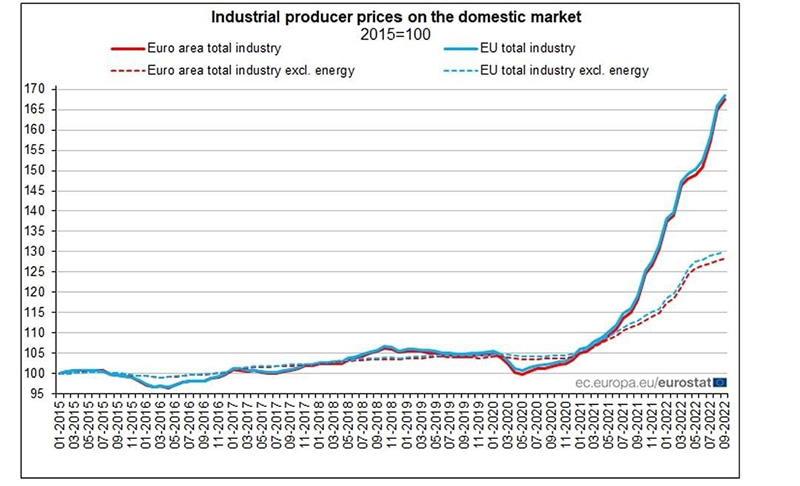 - One is that, in the ninth month of the energy stand-off, Russia retains more options for escalation than the West.

- The other lesson is that embargoes will not drain Russia’s treasury, at least until Europe is prepared to bear much more pain. The more Russian fuel cannot get to market, the more Europe has to pay to replace it — while rising prices limit the Kremlin’s losses, predicts “The Economist”.