The End of Reset 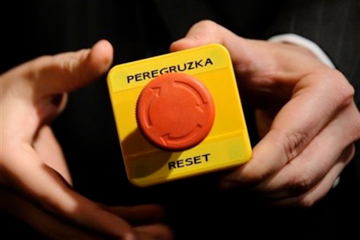 US Department of State spokeswoman Victoria Nuland announced on November 22 that the US stops supplying to Russia the data on conventional arms in Europe. Furthermore, Russian inspectors would not be admitted to US military bases in Europe. What could be the reasoning behind the radical US step which, it must be noted, fits with a wider trend in Washington's decision-making?

First, the Treaty on Conventional Armed Forces in Europe (CFE), which was pompously penned in 1990 and imposed constraints on the deployment of non-nuclear arms on the continent, was supposed to be a deal between two blocs – NATO and the Warsaw Pact.

Secondly, its underlying compromise was political rather than military in nature as naval weapons, cruise missiles, air defense, etc. remained outside of the CFE Treaty's scope.

Thirdly, the world's configuration changed since the time the CFE Treaty was formulated, with new independent states coming into being and some of the former Eastern bloc countries joining NATO. Automatically, the Treaty's provisions did not account for their existence.

An amended version of the CFE Treaty signed in Istanbul in 1999 similarly reflected a compromise of a political character. It grew out of negotiations which, even though champaign was occasionally served in the process, dragged on with great difficulty. On top of that, the subsequent ratification took ages – the refreshed CFE treaty was ratified by Russia only in 2004, with Belarus, Kazakhstan, and Ukraine following the lead shortly. NATO countries showed even less enthusiasm to ratify it. Russia eventually suspended the CFE Treaty in 2007.

As it follows from the above, this November Washington scrapped a de facto meaningless agreement. Back in 2007, Russia's foreign ministry bluntly confirmed that the CFE Treaty was dead when it released a comment explaining that the agreement signed in the Cold War era was long out of sync with the realities of the transformed Europe and could not contribute to the international security. Gen. Yu. Baluyevsky who was the Russian army's chief of general staff at the time even charged NATO with exceeding the ceilings set by the Treaty by thousands of units.

Mrs. Nuland of the US Department of State did say that the doors were open for further talks, but the remark read as a mere tribute to the norms of diplomatic politeness. If, as US officials assert, Washington is interested in reanimating the Treaty or attracting Moscow to new negotiations over its subject, the natural first step for the US would be to take the locks off the doors. For example, NATO could express readiness to keep sticking to the Treaty quotas, to account for the Baltic republics' military potentials in the overall balance, etc. It is clear, though, that the US is not going to do anything of the kind, as otherwise it would have to pull some of its forces – tanks, armored vehicles, canons, and copters - out of Europe and thus weaken its grip on the continent.

Moscow responded to Washington's move within hours: President Medvedev made a statement pertinent to the key element of the reset policy framework – namely, the recent New START Treaty. Upon mentioning that the treaty confirmed the linkage between the offensive and defensive strategic armaments and allowed Russia to withdraw from it under appropriate conditions, the Russian leader made it clear that Russia “reserves the right to discontinue further disarmament and arms control measures”. The statement could impress the media but not the Pentagon where, no doubt, the present-day modest capabilities of the Russian army and military-industrial complex are assessed with full realism.

Washington's heavily advertised reset in the relations with Moscow ended with a fabulous failure, and no other outcome could be realistically expected from the outset. The reason is that over roughly the last 150 years the US was building a vision of the world such that Russia – Soviet, post-Soviet or sustaining any other social and political system – was a priori regarded as an enemy. From A. Mahan to Z. Brzezinski, US geostrategies were centered around crushing Russia as a prologue to the US global primacy. A couple of illustrative examples are given below.

A. Mahan wrote that the US should gain control over the entire part of South Asia stretching from the 30 to the 40 parallel and start pushing the Russian nation to the north. His plan was that – as, by the laws of nature, the termination of growth necessarily leads to decline – the Russians would be doomed if locked up in their northern territories. Z. Brzezinski, in his turn, coined the thesis that the new world order would be built on the wreckage of Russia, at the expense of Russia, and would be used against Russia.

A credible reset in the US-Russian relations would take a reset in the minds of the US politicians and financial players who would have to embrace a completely new geopolitical vision and delete irreversibly their absurd dream of world dominance.