The end of START – global consequences 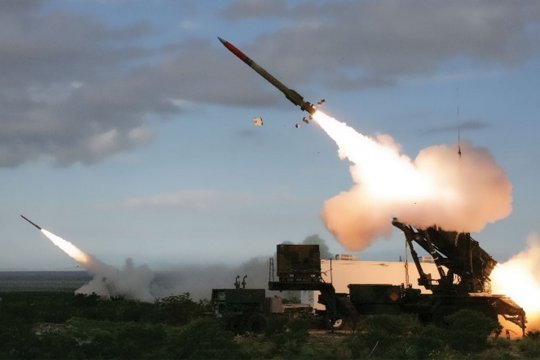 Russia’s Foreign Minister Sergei Lavrov has made it clear that «the future of START-3 Treaty is foregone». During an online session of the Primakov Readings the minister pointed out that «it looks like the United States has already taken a decision not to prolong the treaty»[i]. What is meant is, in the first place, the US persistent attempts to turn two-party talks into three-party ones, with the participation of China. How dangerous is Washington’s reluctance to remain committed to strategic nuclear reduction?

Since the Intermediate-Range Nuclear Forces Treaty ceased to exist at Trump’s initiative in August last year,  START-3[ii] has been the only bilateral agreement between Russia and the USA which puts restrictions on the two countries’ nuclear missile potentials. START-3, signed in 2010, expires in February 2021. Under the conditions of the Treaty, it can be extended for another five years without resorting to the procedure of obtaining the approval of the two countries’ parliaments. This is particularly essential given the current confrontation between the Democrats and Republicans in the US Congress.

At present, the Russian Federation and the United States have three options to deal with strategic nuclear weapons: to prolong START-3, work out a new agreement, or suspend, for some time, any negotiations on strategic weapons restrictions. Both parties understand that the current state of bilateral relations leaves little hope of coming to agreement over a short period of time and without preparation. Meanwhile, prolongation of START-3 for five years would give Moscow and Washington extra time, a “strategic lull” of sorts, during which both countries would be able to maintain the high level, if not trust, then of awareness of each other’s policies on such an important issue as strategic stability.

In June, Russia and the US held talks in Vienna on the possibility of control and extension of START-3. The two sides agreed to continue consultations I the Austrian capital at the end of July – at the beginning of August. However, the course towards the destruction of the existing system of weapons control, which took upper hand in the US policy long before the arrival of Trump, leaves little hope of seeing the Treaty extended in the future.

According to Russia’s former Foreign Minister Igor Ivanov, after the disintegration of the USSR, the US «felt the winner and openly proclaimed a departure from international agreements which, in the opinion of several US administrations, could tie US hands on the international scene, or in other  words, stand in the way of US attempts to establish its domineering position all over the world». In the area of strategic stability, the United States first initiated the elimination of START, then – of the Intermediate-Range Nuclear Forces Treaty. Washington «did its utmost to stop NATO countries from ratifying the modified version of the Conventional Armed Forces in Europe Treaty». The United States «evaded a constructive dialogue on other areas of weapons control». Given this, START-3 became «more of an exception»[iii].

The US administration insists that negotiations on the reduction of nuclear weapons should be necessarily joined by China. Only in this case, Washington says, it would make sense to assume “restrictions and commitments” yet again.  The United States is thereby trying to put forward its own conditions: either a three-party nuclear agreement between Moscow, Washington and Beijing, or a complete rejection of any commitments in the sphere of nuclear weapons. «Beijing rejects the idea»[iv]. Moscow is interested in the prolongation of START-3 “without preliminary conditions”, Vladimir Putin pointed out repeatedly.

Throughout his presidency, Donald Trump has pursued a policy which is aimed, he says, at “ridding” America of “unwanted” commitments. Nevertheless,  in the case of START-3, the true motives of the Trump administration cause disputes among observers. The Treaty enjoys wide-ranging support amidst the US expert community[v], while the White House’s intention to necessarily involve China is seen by many American observers as «unrealistic»[vi].

In all likelihood, what is meant is a tactical intention to first please the voters, many of which share Trump’s opinion that America “has taken too many commitments” over the past decades. And then, in case of reelection of the incumbent president, the next move will be to clinch “the best deal of all possible”. Some optimists still hope that a consistent refusal of the current administration to sign weapons control and strategic weapons reduction treaties, first of all, the Intermediate-Range Nuclear Forces Treaty and the Treaty on Open Skies, is all but collecting “the best cards” “for bargaining” over new agreements.

As it seems, the Trump administration expects to get geopolitical dividends irrespective of what scenario talks on strategic offensive weapons will follow.

Clearly visible are Washington’s attempts to provoke Moscow into taking radical steps in response, which it could then use as a new justification of “consolidation” for NATO and the West as a whole.

Also visible is the economic reasons behind measures to destroy the system of strategic stability: unavoidable, though forced, retaliatory steps by Russia will be described as “aggressive plans” and the reaction to these plans will have to involve an increase of military spending on the part of Washington’s allies. In the first place, it will spill into purchasing costly US-made systems which are designed to "offset” the non-existent “threat from Moscow”.

Apparently, Washington plans to benefit from the situation even if Europe refuses to be dependent on the US interests and chooses to move in the direction of a more resolute and independent policy concerning the buildup of military potential. If that is the case, the US may attempt to worsen the EU split by making countries that are ready to partake in Washington’s strategic arms race hostile towards those that understood the danger and futility of such a policy back in the days of the Cold War.

Washington’s reasons for demanding that “Beijing join the agreements between Washington and Moscow on weapons control” appear questionable. On the one hand, in terms of military might, the United States expresses concern over China’s nuclear potential. Speaking at the Hudson Institute in May last year the Director of the Defense Intelligence Agency Robert Ashley pointed out that in 2018 China carried out more ballistic missile tests than the rest of the world taken together. According to General Ashley, China is likely to double its nuclear arsenal over the next ten years[vii]. But this is only «highly likely».

On the other hand, everyone knows that “the key priority of the Donald Trump administration in foreign policy is to contain China, both as an economic and a military superpower»[viii]. There are grounds to assume that having reasonable doubts about its ability to subdue China in global competition, Trump opted for dragging China into the costly nuclear missile race. Particularly since in the  conditions of the global corona crisis, the economic instruments of pressure that the US has at its disposal are rapidly  losing their power. The top priority is to impose on Beijing a zugzwang, in which it will be forced to make a choice between the logic of economic development and «the logic of geopolitical confrontation», between reforms and «security and control priorities». Washington expects to put China in such a position where it will have to react to the rate and scope of an arms race imposed by a rich opponent.

Finally, the intention to destroy the global strategic stability framework bears the cynical expectations to sow seeds of distrust between Beijing and Moscow. US political and expert circles believe that Moscow, like Washington, is concerned about the fact that China, having signed none of the existing agreements on weapons reduction, is building up its missile arsenals without any restrictions. Thus, by provoking China into boosting its missile arsenals, it will be possible to “sell” Moscow a threat to global strategic stability on the basis of the assumption that none of the  three nuclear powers can maintain parity with the combined potentials of the other two[ix].

But Beijing has already given it to understand that it is fully aware of Washington’s intentions. At the beginning of July Director of the Chinese Foreign Ministry’s Arms Control Department Fu Cong said that «China is ready to enter three-party weapons control talks with the US and Russia if the United States agrees to cut its nuclear arsenals to the level of  China». The Chinese Foreign Ministry also urged the United States to give a positive answer to Russia’s proposal to prolong START-3. This would create «conditions for the participation of other nuclear states in nuclear disarmament talks»[x].

In addition, any attempts at “rationally” calculating hypothetical layouts and new configurations of forces among nuclear powers become useless because it is impossible to foresee the scope of destabilizing consequences of the  collapse of START-3 for international security as a whole. According to Alexey Arbatov of the Russian Academy of Sciences, elimination of START-3 will jeopardize the entire system of international treaties on nuclear weapons, including the Comprehensive Nuclear-Test-Ban Treaty and the Treaty on the Non-Proliferation of Nuclear Weapons. As recently as at the end of last year the United States made an attempt to question the Comprehensive Nuclear-Test-Ban Treaty. And since one of the main principles of the Treaty on the Non-Proliferation of Nuclear Weapons is contained in Article 6, which deals with nuclear disarmament, «in the event the treaty flops, even if a chain reaction of pulling out of the treaty does not start, the treaty will lose its value. No one will attend these conferences, no one will observe IAEA guarantees, so the system risks falling to pieces very quickly»[xi].

In Asia, in case of China entering a strategic arms race with America, such leading powers as Japan, South Korea and Australia, may choose to take independent decisions in the area of strategic security. The strengthening of China’s strategic potential, particularly amid the new deterioration of bilateral relations, is bound to cause response action from India. This, in turn, will lead to a change of Pakistan’s nuclear policy. The most dramatic scenario in this case would be a nuclear arms race in Asia Pacific Region.

Thus, the multiplying hints by the United States at its desire to pull out of START-3 signals Washington’s readiness to blatantly abandon a nuclear dialogue as such. The looming threat of non-prolongation of START-3 creates conditions for the destruction of the established global strategic stability regime. Considering the present state of Chinese-American relations, in case of a new arms race, this time between the United States and China, the prospects of the two countries entering a meaningful dialogue in military and strategic sphere appear vague, to say the least.

At last, the cessation, or suspension of START-3, would mean disappearance of a unique legally binding mechanism of mutual control. Without such a mechanism the dialogue on nuclear disarmament will suffer a dramatic setback. This means that not only Russia and the United States, but any other countries willing to hold talks on the restriction or reduction of nuclear weapons will have to start the whole process from scratch.