The end of the US ‘Shale Revolution’… 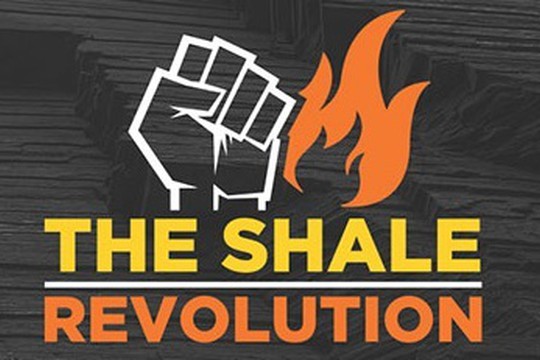 The "golden age of shale mining" is coming to an end in the US, which could lead to unpredictable consequences, according to the British “Financial Times”.

Rapid shale growth delivered a huge stimulus to the global economy by keeping fuel prices low, and freed Washington’s hands to take on oil-rich rivals in Iran and Venezuela without fear of economic blowback for voters at home.

Additionally, the cumulative abundance of shale supply delivered over the past 15 years continues to shelter Americans from the sky-high natural gas and fuel prices that have rattled other developed economies, giving its industry a competitive advantage and its households more disposable income.

To top it off, new wells are yielding less oil.“The aggressive growth era of US shale is over,” says Scott Sheffield, chief executive of Pioneer Natural Resources, the country’s biggest shale producer.“The shale model definitely is no longer a swing producer.

The main reasons for the end of the American "shale revolution" are the lack of labor resources in the industry, the short life cycle of shale wells, and the disruptions in supply chains caused by the pandemic.

These factors lead to an increase in operating and other costs, reducing the investment attractiveness of such deposits and causing "investors to leave" such projects.

The world could enter "an even more volatile energy market" after the end of the "aggressive growth" phase of US oil production, as demand for oil globally does not decrease significantly, despite the efforts of the world's governments in the field of decarbonization. At the same time, the states importing this type of fuel will be in the most losing position, since a new round of oil price growth is possible, the newspaper notes.

At the same time, the weakening of the US market positions will lead to the strengthening of the "old oil order" - the OPEC + member countries.

In that sense, the global petroleum market has reverted to conditions that look much more like the pre-2009 world, bringing to an end a decade of profound disruption, Reuters states.

U.S. shale producers are expected to account for a much smaller share of global growth in petroleum production and consumption in the next few years.

If that proves correct, OPEC (in reality Saudi Arabia to some extent the other Persian Gulf producers) will be able to exercise significant market power, as they did before 2009.

OPEC’s market power will persist unless and until the horizontal drilling and hydraulic fracturing are applied in new geographies, in the United States or internationally, or another new disruptive technology arrives.

On the consumption side, the most likely disruptor is the large-scale deployment of electric vehicles, which has the potential to reduce petroleum demand significantly in the medium and long term.

On the production side, given the long gestation of most major technical innovations, disruption is likely to come from the application of one or more existing technologies, separately or in combination, in new ways or to new areas.

Until then, OPEC and its allies will be back in the driving seat.