The EU Sputnik Borrell in Moscow: An aftermath, of Diplomacy 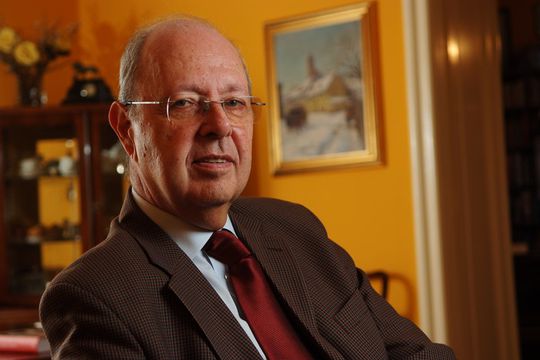 After almost unanimous assessment of the Western media and analysts (one would be inclined to conclude they are “gleichgeschaltet”, modeled on the methods of Nazi master of propaganda Goebbels ), a visit to Moscow of the EU High Commissioner for Foreign Affairs, Joseph Borrell, was – depending on the author – a failure, a fiasco, a disgrace.

And it was, indeed. But not by the criteria applied by Western propaganda; it is difficult, when reading these "analyzes", to avoid the conclusion that their authors are neither journalists nor political analysts, but just - propagandists, harnessed, consciously or unconsciously - this could be discussed - in the circle of politics that the West applies in dealing with Russia for years. It is the policy of "containment" which is only a weak, but no less dangerous copy of the policy that the West practiced towards the Soviet Union. Worthwhile to note: apparently none of these so well-informed "journalists" and "analysts" take into account that Putin is not Stalin and that today's Russia is not the former Soviet Union.

The problems, if that's even the right term, in relations between the West and Russia begun after at the helm of Russia Vladimir Putin replaced Boris Yeltsin Of course, Yeltsin, known for his alcoholic escapades, was to the liking of the West. Russia under his leadership was rapidly declining and not only was it no longer any, even potential, threat to the West, but it could not be its competitor in any area, even in its influence in Third World countries. At the same time, no one in the West resented Yeltsin for using even the most brutal force to stay in power. We are thinking of the order to "subdue" the Russian parliament, which resisted the unconstitutional dissolution, with tank shells . On the contrary, the Western media rejoiced at every hit of a tank grenade in the building where the seat of the Russian parliament was, and from which the parliamentarians allegedly offered armed resistance.

When asked by a foreign journalist why is he reporting about gunshots from the parliament building, when it is obvious that there were none, a Wastern correspondent offered the following answer: "So it was decided!" Those grenades didn't bother anyone, neither then nor later. But, those shots which were not fired, were “invented”, because they were needed for having the wanted picture. A hint of the "objective" reporting we are witnessing in recent weeks and months, relating to Alexei Navalny and the Russian vaccine Sputnik V.

With the arrival of Putin on the scene, however, another Russia emerged; Russia, which had the ambition to be a relevant factor in international relations and which not only wanted, but expected to be treated as a great power, and with respect. Since then everything goes downhill. The West did not want to accept the fact that Russia refuses to be treated as defeated and submissive. So the accusations started, so the sanctions started, some after obviously staged occasions, some evidently without any basis.

And now Borrell is coming to Moscow with the proclaimed goal of re-establishing dialogue, but most likely too with the task of examining the extent to which the Russian vaccine against covid19 can help Europe, which has found itself in an awkward situation due to drastic reductions in deliveries or delays from manufacturers of the vaccine it has ordered. But even before going to Moscow Borrell announced his intention to visit in prison Navalny who was sentenced to 3.5 years for violating probation. Let us remember: Navalni, an activist and blogger was transferred, with the "blessing" of the Kremlin to hospital in Germany after he was taken ill on an internal flight in Russia. It was immediately "clear" to everyone that he was poisoned and that, of course, the government, and Putin himself, was behind the assassination attempt.

In Germany, poisoning was promptly confirmed, but only with the "assistance" of a military doctors, poisoning with Novičok, an extremely lethal means from the Soviet arsenal of chemical weapons. To make things more convincing, the findings from Berlin were also confirmed by laboratories in Paris and Stockholm. No one from those around Navalny had the slightest symptoms of poisoning (everybody apparently forgot the spectacle with protective measures and decontamination, staged by the British after the alleged poisoning of Skripal’s). Navalni quickly recovered and, although the Germans now claim that he could not leave to Russia because he was undergoing medical treatment, it is documented that he traveled around in Germany, with the assistance of the Federal Intelligence Service (BND), and that he worked on a film which, as soon as he returned to Russia and was arrested, would "revealed" Putin's glamorous “secret residence”.

Russia persistently asked to get the findings that confirm the poisoning, but - it did not get them. And with a laconic "explanation", that the Russians anyhow know everything. The Russian findings made before Navalny left for Germany were simply ignored.

Navalny, like Khodorkovsky at a time, is clearly the West's choice in the role of Putin's opposition leader and his possible successor. The scenario is known from all the so-called colored revolutions in Eastern Europe. To what extent he is "the puppet on the string", and to what extent he has his own agenda, is a matter for discussion. But it is undeniable that he has the full support, both financially and logistically, of Western services in everything he does (including the production of sensational discoveries that the Russians will immediately unmask as a montage, but that will remain largely or completely ignored by the Western media).

However, although the Russians have shown that "Putin's secret residence" is not who Navalny claims, but the site of a super-luxury hotel still in construction, owned by a few oligarchs, although they show how in the animation of the entrance door the Russian emblem (eagle) was replaced by the Montenegrin, although there are recordings that show how "peaceful" demonstrators for Navalny physically attack Russian policemen, in the West every average citizen today "knows" that Moscow poisoned Navalny, that Putin has a secret residence, and that Russian police across the country is beating peaceful demonstrators who only want Putin's removal (although they, young people in the first place, are invited to demonstrate by promising that it will be a "good party").

The same type of “blindness” prevailed until a few days ago in relation to the Russian vaccine against covid19. Despite the fact that it is for weeks applied in Russia, that it is exported to a dozen countries, some of which take on the production (such as for example Serbia, or Iran), in the Western media Sputnik V, the world first registered vaccine against Corona simply did not exist. And even after the UN Secretary-General explicitly cited Sputnik V as a significant tool in the fight against the pandemic, this vaccine was nonexistent in the Western media. Until Europe was confronted with the fact that the favored AstraZeneca drastically reduced the promised delivery and until a prestigious British medical journal did not "discover" that the Russian vaccine was both effective and harmless. And now suddenly all those who have kept silent or ignored the vaccine, not because it is suspicious, but because and only because it came from Russia, and was – above all – the world’s first, seem to compete in writing and speaking about Sputnik V.

In such circumstances Joseph Borrell went to Moscow. And, of course, he disappointed all those Western propagandists who still live in the "Trump film", who are still prisoners of the policy of "containing Russia", because - instead of hammering with his fist on the table, instead of threatening and blackmailing - he mostly silently listened to the remarks of the Russian Foreign Minister Sergei Lavrov, including the one describing the European Union is an "unreliable partner." But now analysts and journalists, both of whom does not deserve to be called as such, compete in attacking Borrell, saying that his performance was shameful and that he disgraced European Union, that his trip to Moscow was a "failure" and wishing in his place Mike Pompeo, Trump’s foreign minister (yes, so far we have fallen!).

And the Russians, to show how the time had passed when they silently received blows from the West, just at the time of Borrell's visit to Moscow, announced the expulsion of three Western diplomats for "participating in illegal demonstrations by Alexei Navalny's supporters." The West does not accept this, ignoring the fact that the demonstrations did take place without the permission of the authorities and that the job of diplomats is not to be "in demonstrations", but to report on them. But very significantly, the German chancellor did not fail, in condemning the Russian step, to add that stopping the completion of the Nord Stream 2 gas pipeline is out of the question.

And that is exactly the core of today's problems in the relations between the West and Moscow. If the West start using common sense in achieving its interests in relations with Russia, if it stops playing on this or that potential successor of Putin (which would be more acceptable to the West, which means more compliant, not to say more obedient), if it stops treating the dissolution of the Soviet Union as a unique victory of one, its, system over another (liberal capitalism over the idea of socialism, because socialism as a system presented itself in many different forms, of which the Yugoslav was the most liberal), it will create conditions for a new, open dialogue. A dialogue in which neither Moscow will have to listen to the "lectures" from Brussels, nor the EU will be forced to "swallow" unpleasant Russian responses.

But it must be a dialogue of equal, because the crucial Russian ambition is to be accepted as an equal partner and not treated as defeated and subordinate. As long as the politicians and the so-called journalists in their service do not understand this, failures and shames will continue. But whose? Not Europe’s, not Russia’s. Any further failure in the effort to put Russian-European relations on a new, different and healthy foundation will be a failure and a shame for common sense, but also for the interests of the citizens of both Russia and the countries of the European Union. We are consciously not mentioning America in this context, because Europe should be able to act in its own name and in defense of its interests. But, judging by the reactions to Borrell's visit to Moscow, we are still very, very far from that.

About the author: Tomislav Jakić, one of the most influential journalist and publicist from East-southeast Europe, writing on politics and international affairs for over 6 decades. He was a Foreign Policy adviser to the Croatia’s President Mesic (2000-2010)