The European Union and Russia: to talk or not to talk and about what? 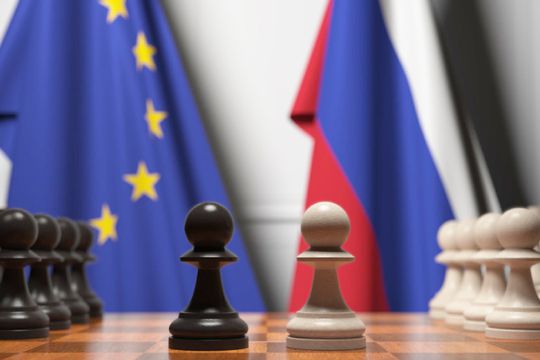 The recent visit of the High Representative of the European Union Josep Borrell to Moscow was seen by those, who care about good-neighbourly relations between the EU and Russia, as a first step on the way of putting an end to their decline, since already for some time they were going from bad to worse. Why didn’t the expectations of these people of good will bear the fruit? Were they simply naïve? To an extent, it is true. But why was there such a negative reaction to Borrell’s visit in several European capitals, and also in the European Parliament, including the calls for his resignation? What led Sergei Lavrov, the Foreign Minister of Russia, to declare that his country must be ready to severing relations with the EU in case the latter adopts new sanctions against Moscow? What would this mean for Europe, for Russia and even for the wider world since notwithstanding the coronavirus the world remains interconnected and interdependent, even if a reverse tendency has also become visible?

First of all, it has to be noted that there are those, both in Russia as well as in Europe, who are actively against any improvement of relations between Moscow and Brussels. In Russia these are not only, and even not so much, those ultra-nationalists (exemplified, say, by Alexander Prohkanov) for whom the Western influence in Russia is like a bat from the hell infected by coronavirus. These are also members of the radical pro-Western opposition to the Kremlin, exemplified by Alexei Navalny. For them any sign of reconciliation between the West and Russia is a cause for alarm since in such a case they may be soon out of job. And both of these Russian opponents of rapprochement between the EU and Russia have their counterparts in the West, including Europe. Significant parts of political elites, particularly in the Baltic countries and in Poland, for whom trans-Atlantic ties are much more important than European interests, hope that by supporting the radical opposition in Russia they could enforce there a regime change, a kind of ‘colour revolution’.

However, as the success of such scenarios is ‘highly unlikely’ and political pragmatism and economic self-interests usually prevail over vociferous extremism, be it political or religious, there is still hope at the end of the tunnel. Moreover, when Sergei Lavrov said that Russia should be ready to possible severing relations between EU and Russia, he didn’t mean at all that it would be Russia’s choice. It was said in the context of a response to a threat of new EU’s sanctions and Moscow’s countersanctions since all such unfriendly measures inevitably undermine relations between States and societies. And though it is impossible to realistically imagine a complete severance of relations between Brussels and Moscow, it may well be that at least for the nearest future political relations between them become a bit frozen. It maybe even advisable to take the time off and reflect for a while, instead of continuing with mutual recriminations. However, this would also mean that relations between Russia and individual member-States of the Union would necessarily rise in importance since there are areas and issues where cooperation between Russia and Europe is inevitable and unavoidable (be it the situation in the Middle East, the fate of the Joint Comprehensive Plan of Action with Iran, responses to cyber-terrorism and even the conflict in Eastern Ukraine or the situation in and around the Nagorno-Karabakh, etc.). Moreover, Covid-19 is not only forcing States to impose stricter border controls, even within in the Schengen zone; the virus is also pushing them to cooperate in the distribution and use of effective vaccines, notwithstanding their ‘politically incorrect’ origin. This all means that the role and position of the EU in the world would further weaken.

The failure of Borrell’s mission was also predetermined by what the High Representative himself called ‘the DNA’ of the European Union – the concern for human rights, particularly in States that don’t belong to the Union. As the High Representative himself claimed, in justification of his visit and apologising before the MEPs for its meagre results, the primary purpose of his twofold mission was to convey to the Kremlin the Union’s concerns for human rights and political freedoms in Russia and particularly for the situation of Mr Navalny. He even demanded Navalny’s ‘immediate and unconditional release’. And only then came issues of bilateral cooperation between the EU and Russia. This was an absolutely wrong, even disastrous, way to start a dialogue. The European Union is not a human rights NGO, like the Amnesty International or the Human Rights Watch, and even if it has a human rights mandate, then only vis-à-vis its member-States. Moreover, the whole history of the human rights movement shows that inter-State relations (and relations between the EU and Russia are inter-State relations) are not the best forum for conducting a human rights discourse. For that there are specialised human rights bodies, both international and domestic, intergovernmental and non-governmental. When human rights diplomacy of States has had tangible positive effects, it has been achieved by unobtrusive approaches, never through public criticism in the face of mass media. Such criticism has always been counterproductive, even vis-à-vis smaller and weaker States, to say nothing about great powers.

Usually such public criticism doesn’t even have a purpose of improving the human rights situation in a target country. It may be a form of self-satisfaction – we are holding a moral high-ground, while you are outcasts (rogue or pariah States). It is nice to feel virtuous even if things on the grounds don’t change at all or even get worse. It may be also a part of regime-change tactics in parallel with undercover support for opposition forces in target States. Never have such public campaigns improved human rights situations. The opposite is true – human rights situations have improved as a result of fruitful cooperation between States. So, the reforms in China and the inclusion of China in the world-wide economic cooperation have lifted, according to the World Bank, 850 million Chinese out of extreme poverty, helping thereby the UN to achieve one of its Millennium Development Goals. However, such an unexpected success has not been to everybody’s liking and today Washington is trying to harness its allies to help contain Beijing’s rise, using for it, inter alia, human rights discourse that is not doing any good either for Uighurs in the North or Hongkongese in the South of the country. But such policy of containment is not at all about Uighurs or inhabitants of Hong Kong; it is about geopolitics in the disguise of human rights.

In the aftermath of the failed attempts to promote democracy and human rights in the wider Middle East, the former British Prime Minister Theresa May promised that there is no ‘return to the failed policies of the past. The days of Britain and America intervening in sovereign countries in an attempt to remake the world in our own image are over.’[1] She vowed never to repeat the ‘failed policies of the past’, breaking from the ’liberal intervention’ principle established and promoted by her predecessor Tony Blair. Hubert Védrine, the former French Foreign Minister, was right in emphasising that ‘democracy and human rights will progress in future much less through the prescriptions and interference from the outside by the West than depending on the internal dynamics of individual societies’.[2] It is often, though not always, the case that the less States publicly criticise other States on human rights issues, the better would it be for human rights.

[1] Theresa May: US and UK will no longer invade foreign countries “to remake the world in their own image”’, The Independent, 27 January, 2017.